Home In the U.S. The newest destroyer of the USA turned out to be defective.

The newest destroyer of the USA turned out to be defective.

One of the two power plants of the latest American stealth missile destroyer Michael Monsoor went out of order after the completion of the ship's acceptance tests. This was announced by Rear Admiral of the United States Navy, William Galinis, who is the head of the program for the construction of Zumwalt class destroyers, aka DDG-1000, to which Michael Monsoor belongs. 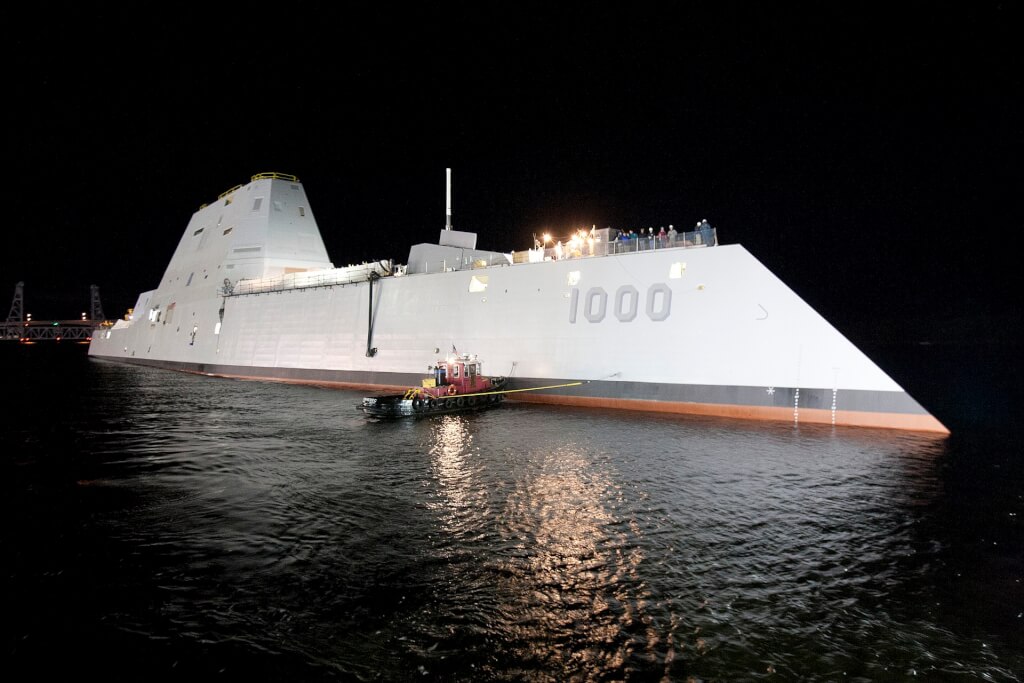 “Unfortunately, at the end of the acceptance tests, we discovered a problem with one of the two main turbine engines <…>, we have to change it,” the American military leader admitted the other day. As he specified, the problem was identified during inspections carried out after sea trials. A borescope inspection revealed damage to the blades of one of two Rolls-Royce MT30 gas turbines installed on the destroyer. The press office of the US Navy did not respond on Monday to the correspondent's request TASS specify exactly when it is planned to complete the installation of the new turbine.

“We decided that it would be better to change the turbine before sending the ship to San Diego,” Galinis said. The ship is slated to leave in San Diego, California in late fall to begin testing its combat systems there next year. The destroyer is currently based in Bath, Maine, on the Atlantic coast of the United States. Rolls-Royce specialists, according to the latter, are preparing to replace the $ 20 million turbine together with engineers from the General Dynamics Bath Iron Works corporation, which produces Zumwalt-class destroyers.

Some other ships of the American Navy are equipped with the same gas turbines. In addition, they are used by the Royal Navy of Great Britain and warships of Italy and the Republic of Korea. In December last year, the destroyer Michael Monsour was forced to return to the shipyard in Bath just a day after the start of factory tests. He then broke a harmonic filter, which is used in complex electrical systems to prevent unintended surges and damage to sensitive equipment.

Serious problems, including the failure of the power plant, were also observed during the tests of the first destroyer of the Zumwalt class.

These ships of futuristic forms are the largest of the American missile destroyers.

The destroyers of the project DDG-1000 are designed to provide fire support in amphibious operations and combat operations in coastal areas, launching missile and artillery strikes against ground targets, including in the depths of the enemy’s territory. In addition, their most important task will be to provide zonal air defense and anti-missile defense of aircraft carrier multipurpose groups.

To ensure stealth during the construction of the destroyer, stealth technologies were used to the maximum extent, which, as expected, gives it the ability to destroy any aircraft with its anti-aircraft missile system before the ship is guaranteed to be detected by it. Stealth is also ensured through the use of a new architecture: the shape of the hull “cutting through the wave”, an integral single-block superstructure and others. According to some reports, the ship will be in a semi-submerged position in battle. According to experts, all this increases its survival rate by 2-3 times.

The destroyer is equipped with a multifunctional radar tracking station and universal vertical launchers (UVPU) of the MK 41 type on the 80 cells located along the sides (two groups in the bow and the stern). The UVPU will load sea-based cruise missiles, anti-aircraft guided missiles and anti-submarine guided missiles. Artillery armament consists of two 155-mm units firing guided missiles at a range of 185 km, and two 57-mm small-caliber anti-aircraft systems. The ship is equipped with a hydroacoustic complex with a flexible long towed antenna, a sonar mine detection station and two uninhabited underwater vehicles.

And Zumwalt cost the US state budget at least $ 4,4 billion.

Despite the fact that in size (length - about 186 m, width - about 25 m), Zumwalt exceeds the destroyers previously built in the United States, its crew will be the smallest for ships of this class. 147 sailors and officers will serve on the Zumwalt. This was achieved by automating certain ship systems.

To power them, a power plant is configured, capable of generating about 78 megawatts of electricity. This, the US Navy explains, is enough to provide electricity to a “small to medium-sized city”. About the same amount is produced by the power plant of a nuclear aircraft carrier.

As expected, the full integration of Zumwalt into the Navy will end in 2018, after a series of upcoming tests and fine-tuning.

Earlier, the Pentagon decided to curtail the production of guided missiles to artillery shells, which are installed on the destroyers Zumwalt. The reason was the high cost of these ammunition: up to $ 800 thousand per unit. And this price could still increase.

The reason for this was the decision of the US government to significantly reduce the number of Zumwalt-class destroyers purchased from the military-industrial complex. Initially, it was supposed to build 28, then seven and, finally, only three. Accordingly, the cost of various ship systems increased dramatically.

Opinion: Why is the US military budget 10 times more than the Russian

What are the taxes of Americans spent on?