Home Page In the U.S. A foot on the head: in Texas, a teacher beat a schoolgirl before a head injury

A foot on the head: in Texas, a teacher beat a schoolgirl before a head injury

A substitute teacher at Lehman High School in Kyle, Texas, was fired after the students videotaped her beating a schoolgirl as a result of which a teenage girl suffered a head injury. 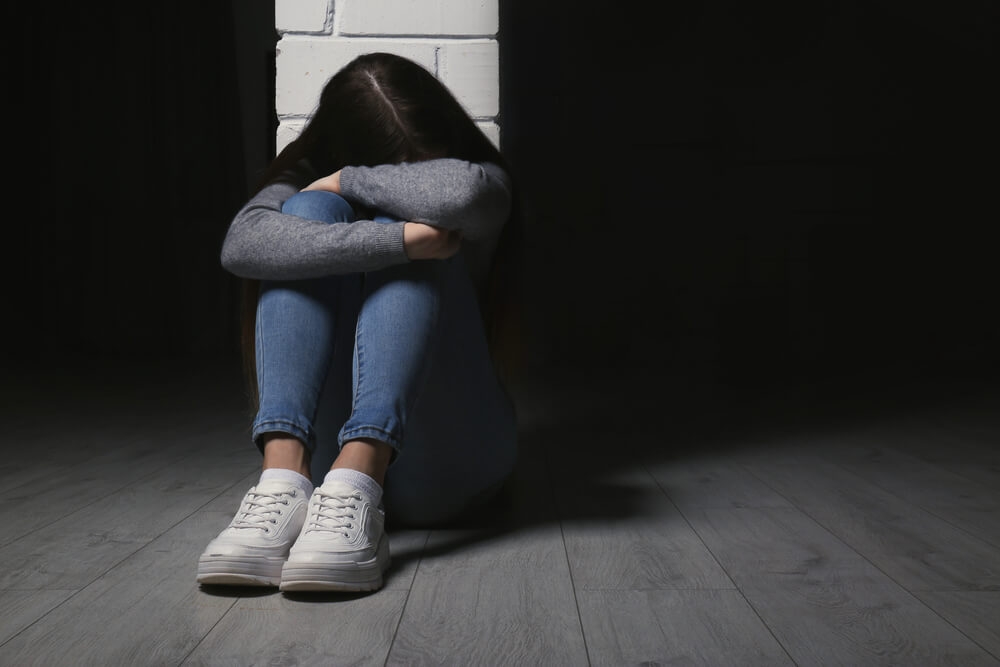 A few days after the incident, the schoolgirl’s lawyer told the media that the girl received a head injury, and also met with a traumatologist and neurologist, in addition, she developed acute post-traumatic anxiety, writes KVUE.

Representatives of the school district and class students confirmed that the video distributed on social networks really showed everything as it was. In the frames of the video, you can see how the teacher hits the student sitting at the table several times, then pulls him from the table and throws the girl to the floor, after which he kicks him on the head. In the full version of the video, the student beats off while the teacher holds her.

Hayes County Sheriff's Office identified teachers as 32-year-old Tiffany Shadell Lankford. According to officials, an injured student of 15 or 16 years. Lankford was arrested on the spot and charged with aggravated assault, a crime of the second degree.

A tenth grader who was in the classroom and wished to remain anonymous said the children laughed while the teacher was handing out documents. According to him, before entering into a verbal skirmish with the victim, the teacher became more and more annoyed.

“The disciple told her, 'Shut up.' The teacher replied: “No, you shut up,” and then covered the student's face and put her hand on her chest, and the other on her arm, ”says the tenth grader. - The girl swayed because the teacher held her and pressed her. The teacher took off her glasses, hit her three times, pulled her to the floor and kicked her in the head. "

The father of the student, who also did not want to be called, was shocked by the video.

“You don't expect a teacher or other adult to actually attack a child in this way - it just blows the mind,” said the father of a 10th grade student. “I don’t know what a child can tell an adult that will make a person go so crazy and really hurt him.”

Officials said that her father took the girl from school and took her to a local hospital.

On the subject: Teacher hired a hitman for a 10-year-old student who accused him of harassment

Lankford was taken to Hayes County Prison. Records show that she was released on bail on Saturday.

As it turned out, several years ago, Lankford was charged with domestic violence. However, school district superintendent Hayes said she passed the test.

“We checked the fingerprints on the FBI database as well as on the public safety database,” Chief Executive Eric Wright said Monday afternoon. "She definitely had the right to be hired and fulfilled all legal requirements."

On the subject: In Chicago, a teacher and her friend beat a 9-year-old boy in a school toilet

“I have been doing this for over 30 years, and this is the first time I see such actions of a substitute teacher in relation to a child. It's disgusting and inappropriate, ”Wright said. “I don’t want people to think this is a common thing, because it’s absolutely not true.” 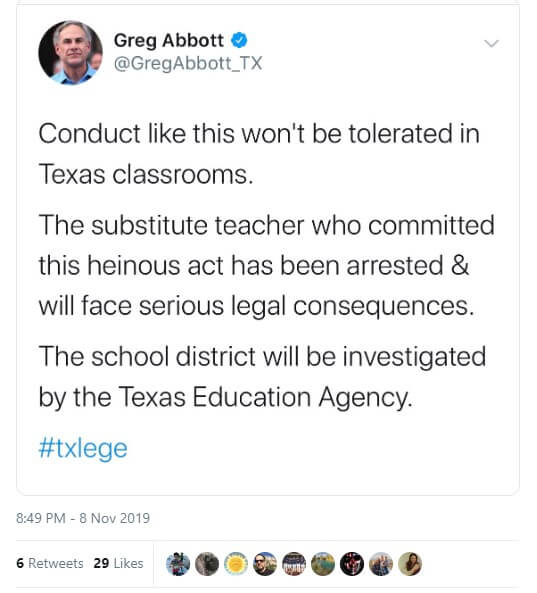 Lehman High School posted a statement on Facebook on Friday that the school “does not tolerate this behavior under any circumstances” and “takes student safety seriously.”

“We are overwhelmed by the employee's actions,” said Tim Savoy, director of public relations for the Hayes School District. - There are absolutely no circumstances that could justify what you see in the video. It's incredible what this grown woman did to one of our students. "

School leaders said they stay in touch with the affected schoolgirl and her family. Assistance was also provided to students who witnessed the incident.

9-year-old boy scolded for drawing in the classroom: now he has become a star of decoration

In Massachusetts, a student was suspended from school because he hugged a teacher