Home In the U.S. Trump signed a decree on the right of the United States to the resources of the moon: Russia accused him of space privatization

Trump signed a decree on the right of the United States to the resources of the moon: Russia accused him of space privatization

The decree states that the United States does not recognize the Agreement on the Activities of States on the Moon and other celestial bodies, according to which satellite research is considered the property of all mankind, writes "RBK"... The Roscosmos corporation believes that the decree signed by the American leader actually means the seizure of territories of other planets, which does not set countries up for cooperation. 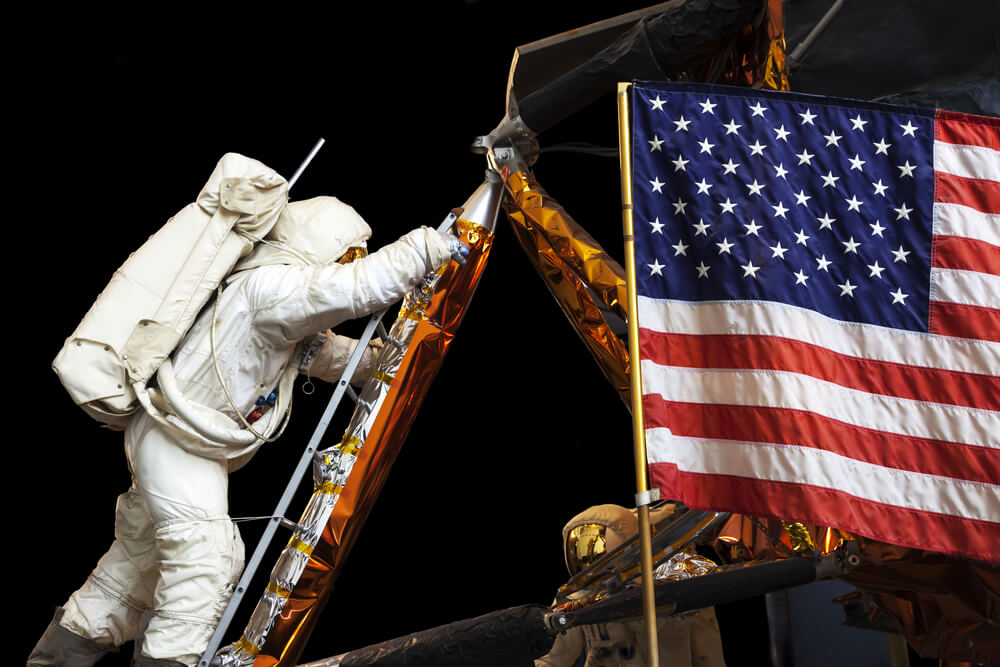 US President Donald Trump signed a decree in support of the commercial development of resources on the moon and other celestial bodies, the White House press service said.

“Americans should have the right to conduct commercial research, production and use of resources in outer space in accordance with applicable law,” the decree says.

At the same time, the document notes that space both legally and physically serves as “a unique space for human activity and the United States does not consider it as the public domain”, therefore, the country's policy should be aimed at “stimulating international support for the extraction and use of resources in space. "

In particular, the United States does not recognize the Agreement on the Activities of States on the Moon and other celestial bodies, the decree says.

On the subject: The beginning of the star fleet: Trump created the U.S. Space Forces

“In this regard, the Secretary of State should oppose any attempt by any other state or international organization to interpret the Moon Agreement as reflecting or otherwise expressing customary international law,” it says.

The Agreement on the Activities of States on the Moon and Other Celestial Bodies, adopted by a resolution of the UN General Assembly in December 1979, states that the exploration and use of the satellite is considered the property of all mankind and is carried out in the interests of all countries of the world. States that are engaged in moon exploration should be guided by the principles of cooperation and mutual assistance.

“The moon is not subject to national appropriation either by proclaiming sovereignty on it, or by use or occupation, or by any other means,” the agreement emphasizes.

The deputy head of the Roscosmos corporation noted that "aggressive plans for the actual seizure of territories of other planets hardly set countries up for fruitful cooperation," he quoted "RBK".

“There have already been examples in history when one country decided to start seizing territories in its own interests, everyone remembers what came of it,” Savelyev concluded.

Russian President’s spokesman Dmitry Peskov called unacceptable attempts to “privatize” space, commenting on the decree of the US president, the correspondent reports "RBK".

“Some kind of space privatization in one form or another, - and now I find it difficult to say whether this can be regarded as an attempt to privatize space - such attempts would be unacceptable,” said Peskov.

On the subject: 'Pink super moon': how to see the largest and brightest moon in 2020

According to him, such decisions must be given a legal assessment.

Trump demanded at any cost to send the Americans to the moon in March 2019, giving NASA five years to do so. After that, the agency announced the Artemis space program, which consists of two stages - the landing of the crew with the first woman on the moon and the flight to the satellite with the creation of infrastructure on it. For this project, the president promised to allocate an additional $ 1,6 billion to NASA. In September of the same year, Australia joined the program.

In early February, Trump asked Congress for money for a manned mission to Mars and the Moon. This is necessary so that "the next man and the first woman on the moon will be American astronauts and <...> for America to be the first country to plant its flag on Mars," he said.

More Effective than Greenpeace and Greta Tunberg: How the Coronavirus Pandemic Saves the Planet

Catastrophic unemployment and large-scale crisis: how a pandemic affects the economy of the United States and the world

Scientists have discovered a planet where it rains from iron