Home In the U.S. Trump mobilized troops to put an end to unrest in the country

US President Donald Trump on Monday, June 1, enacted the 1807 law, which allows him to send armed forces to the states, shocked by the unrest in connection with the death of George Floyd. During a speech by the president, protesters interrupted by the White House. Writes about it New York Post. 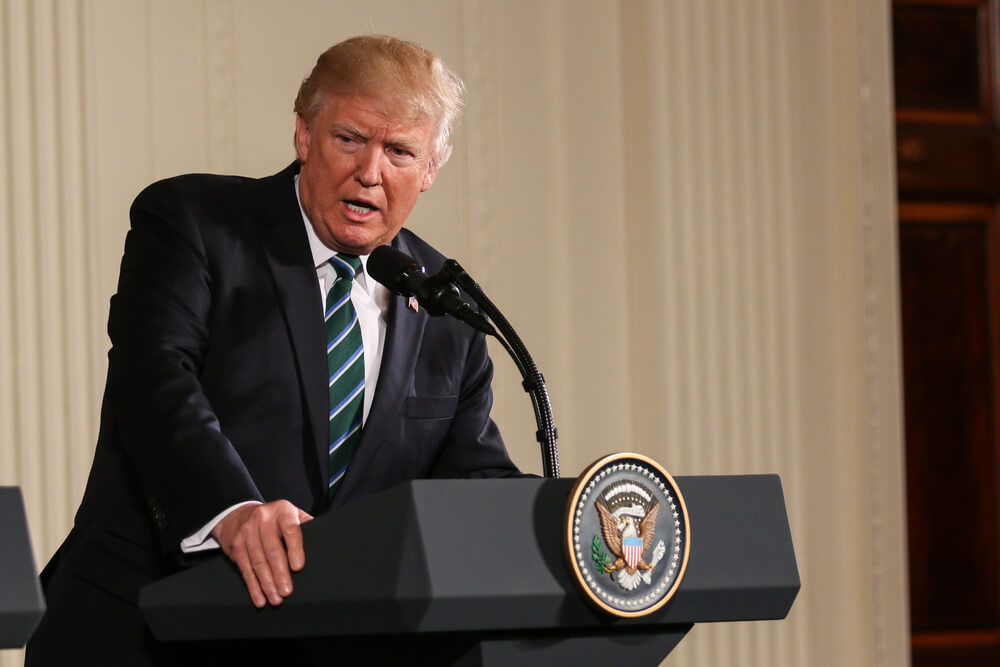 “We cannot allow an angry crowd to drown out the righteous cries of peaceful demonstrators,” Trump said, declaring himself “president of the rule of law,” and he also blamed extremist groups like Antifa for the unrest.

“I will mobilize all available federal resources, civil and military, to end the rioting and looting, and end the destruction,” he said, thereby enacting the Rebellion Act of 1807, which allows him to deploy troops anywhere in the country.

The last time it was used in 1992 by President George W. Bush was to suppress the riots in Los Angeles that were caused by the beating of Rodney King.

“If a city or state refuses to take the action necessary to protect the lives and property of its residents, then I will send United States troops there and quickly resolve the problem,” Trump said.

Under the Civil War era Posse Comitatus Act, federal forces are prohibited from carrying out interventions by law enforcement agencies, such as arrests, seizures, or searches of people. In extreme cases, however, the president may enact the Uprising Act, which permits the use of active service troops or the National Guard to maintain law and order.

On the subject: A Russian-speaking resident of Minnesota drove a truck into a crowd of protesters: what is known about him

Trump called the scenes of violent riots and robberies that shocked the country “a complete disgrace” and said that anyone who does not comply with curfew orders will be “prosecuted to the fullest extent of the law.”

“I am taking these actions today to reaffirm the determination and sincere and passionate love for our country, our great days are yet to come,” he said as chaos unfolded on the streets around the White House.

After his speech, Trump went through the front door of the White House through Lafayette Park and went to the historic St. John’s Episcopal Church in Washington, which was partially destroyed by a fire fired by rebels on Sunday, May 31, in the evening.

US Attorney General William Barr, Department of Defense Head Mark Esper and Chief of Staff Mark Meadows were among high-ranking officials along with Trump, who posed for photographs near the church, holding a Bible in his hands.

President Trump criticized state governors for their response to the crisis - calling them "weak" and telling them they needed to take control of the unrest.

On May 1, 1992, Bush deployed 4000 Army and Marine Corps personnel to southern and central Los Angeles to put an end to two days of rioting in which 40 people were killed, more than 1500 injured, more than 3700 fires and more than 3000 arrests.

On that day, Bush turned to the people, saying that the violence in Los Angeles is “not about civil rights” or “the great issues of equality,” but “the brutality of the crowd, pure and simple.” He said that he would "do his best" to restore order.

This uprising occurred after March 3, 1991, four white Los Angeles police officers who were captured on video beat an African American, they were acquitted by a jury. Bush said he was also “stunned” by the verdict.

In 1993, a federal jury found Stacy Coon and Lawrence Powell, two of four officers, guilty of violating King's civil rights. They both served 30 months in prison and did not return to the police. Two other officers, Timothy Wind and Theodore Brizeno, were fired from the LAPD.

US protests: Russian and Ukrainian embassies ask immigrants to stay at home

The situation in New York is heating up: among the thousands arrested during the protests is the daughter of Bill de Blasio

Loss of memory, amputation of fingers, panic attacks: how COVID-19 changed the life of recovered