Home In the U.S. Powerful storms and tornadoes hit the south of the USA: 3 dead, tens of thousands without light

Powerful storms and tornadoes hit the south of the USA: 3 dead, tens of thousands without light 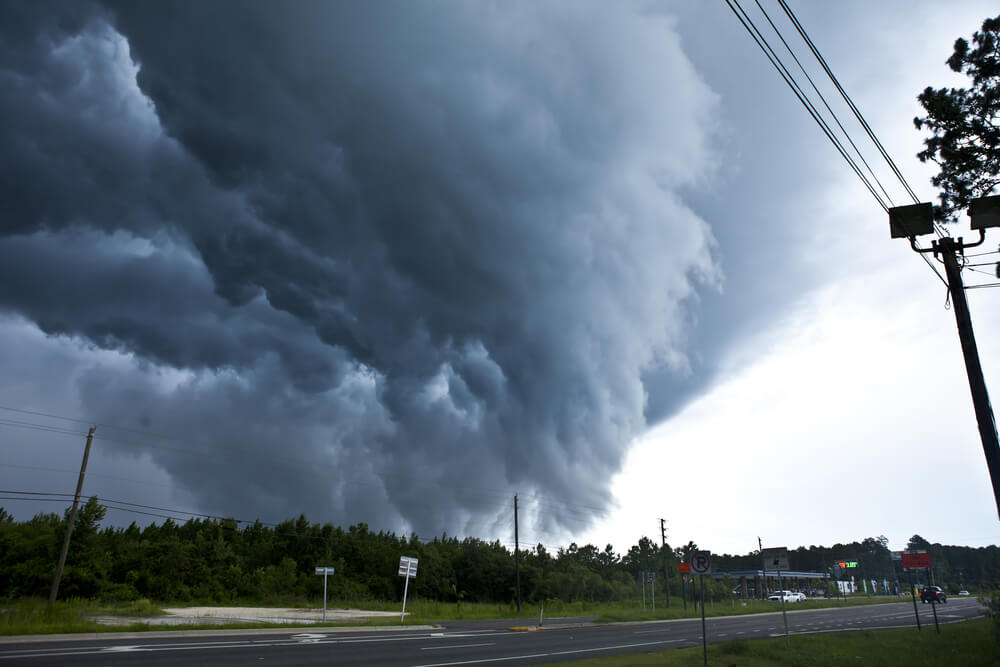 A strong tornado knocked over a motor home in southern Alabama on the evening of April 19, killing one person. Jerry Oliver Williams, 61, from Henry County, died when a storm hit the countryside around 22:30 PM on Sunday, local authorities said.

A powerful tornado also led to one death in Marion County, Mississippi. 70-year-old Jerry Johnson died when his house received a “direct blow” from a storm in Sandy Hook, police said.

In South Georgia, the Wilcox County Sheriff’s office said that lightning struck a farmhouse early in the morning on Monday, April 20, resulting in the death of one person. An elderly woman became a victim.

A viewer sent in this video of the #tornado earlier today in Marion County as it moved across #I75 towards Belleview just south of Ocala. @ WCJB20

According to the Hurricane Forecasting Center, on the morning of April 20, at least four tornadoes were also recorded in north-central Florida and several reports of wind damage appeared.

The Storm Prediction Center received more than 250 reports of possible tornadoes, strong winds, hail, and a hurricane from East Texas to South Georgia on April 19 afternoon and evening. Teams from the National Weather Service will evaluate the traces of the elements to determine where the tornadoes occurred.

On the subject: The most vulnerable coastal city in the world: what will happen to Miami by 2040

#tornado south side of lake Jessup while the north side was getting smacked, rare to see a supercell like this in FL pic.twitter.com/bhOFMj3eS6

According to poweroutage.us, in the afternoon of April 20, tens of thousands of customers were left without electricity due to storms in the southern United States.

That'll stop traffic. Line of strong to severe thunderstorms across central #Florida produced this potential #tornado in Citrus county on I-75. #Skytower pic.twitter.com/YeNrS9t19Z

After a quiet day on Tuesday, April 21, AccuWeather predicts another round of severe weather in the south, with a peak on Wednesday and Thursday, April 22 and 23.

“Rains and thunderstorms are expected to begin in North Texas and Oklahoma by early Wednesday morning, but the threat of severe weather will increase in the afternoon as the atmosphere destabilizes,” AccuWeather said.

On the subject: The rich are to blame: scientists called the main cause of global warming

Wow, incredible video from near Sanford, FL this morning as a tornado moved through Central Florida. pic.twitter.com/4LWfv3wQaM

By Thursday, April 23, most of the Southeast will be the next in line part of the United States, where the elements will reach. Gusts of wind, flash floods, hail and even a few tornadoes are expected.

A record-breaking ozone hole arose over the Arctic: what threatens the inhabitants of the Earth

To flush the toilet and bachelor life: 8 of the strangest local taxes in the US

Water, sleep and positive: 20 daily habits of people who rarely get sick

Fresh air and sunlight: how a 100-year-old recipe can help fight COVID-19