Home Page Educational program New US study: 96% of coronavirus-infected people have no symptoms

New US study: 96% of coronavirus-infected people have no symptoms

When the first cases of the 2019-nCoV coronavirus surfaced in Ohio prisons, the executive director realized that she was faced with an uncontrolled situation, writes Reuters. 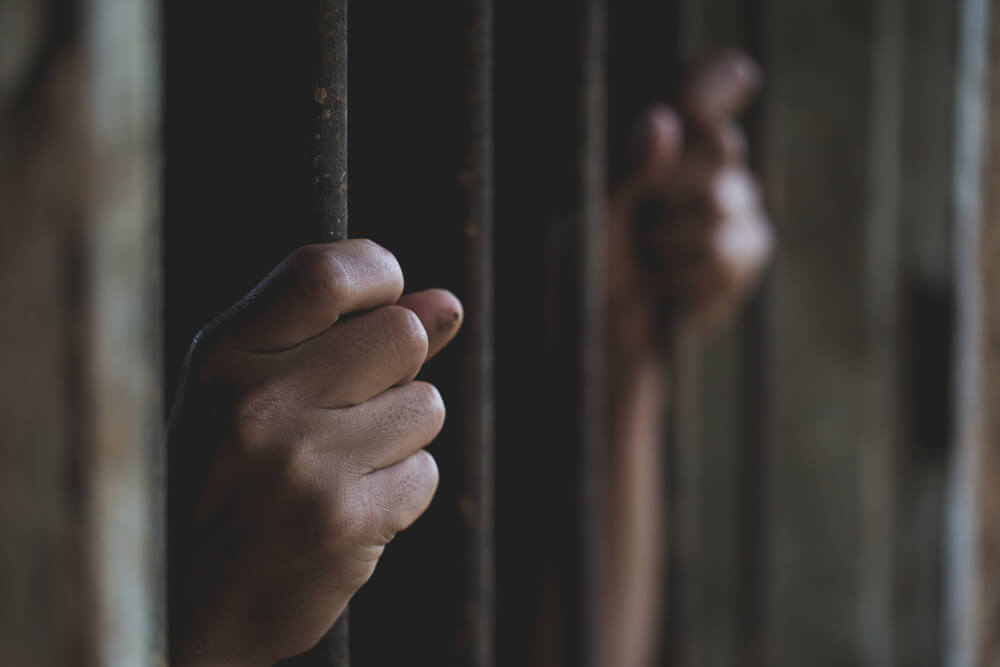 “We weren't always able to pinpoint where all the cases came from,” said Annette Chambers-Smith, director of the Ohio Department of Rehabilitation and Correction. As the virus spread, mass testing began.

It all started with the Marion Correctional Facility in the northern part of the state, which has 2500 prisoners, many of them with existing diseases and older age. After testing 2300 prisoners for coronavirus, authorities were shocked. Only in one of the institutions 2028 people were found with a positive result: almost 95% of the infected had no symptoms.

In four state prisons - Arkansas, North Carolina, Ohio and Virginia - 96% of the 3277 inmates who tested positive for the coronavirus were asymptomatic, according to polls of officials and reports analyzed by Reuters. A total of 4693 tests were done.

These numbers are further evidence that asymptomatic people - contagious but not sick - can be causing the virus to spread, not only in state prisons, which hold 1,3 million prisoners nationwide, but also in populations. items and groups around the world. The numbers also answer the question of how objective it can be to test only those who show symptoms or are suspected of carrying the virus.

“It adds to the awareness that we have a serious underreporting of cases in the US,” said Dr. Leana Ven, associate professor of emergency medicine at George Washington University. "The number of cases is probably much, much higher than we currently know due to the lack of testing and follow-up."

However, according to the researchers, some people who are diagnosed with an asymptomatic condition when tested for coronavirus may show symptoms later.

In the United States, more people are imprisoned than in any other country, with a total of nearly 2,3 million inmates, nearly half of whom are in state prisons. Fewer people sit in federal and local prisons, which tend to hold prisoners for relatively short periods awaiting trial.

Penitentiary systems in Michigan, Tennessee and California have also begun mass testing - testing large numbers of prisoners for the presence of coronavirus, even if they show no signs of illness - but have not provided specific counts of asymptomatic prisoners.

Tennessee authorities said most people with positive test results had no symptoms. In Michigan, authorities said that a “significant number” of 620 inmates with a positive coronavirus result were asymptomatic. The California prison system does not report the number of asymptomatic prisoners.

Each state runs several prisons. In Ohio, for example, there are 49 prisoners in 000 facilities. A total of 28 prisoners tested positive for coronavirus in 3837 of these facilities. But the state has not yet provided symptom results for 15 of them and has not determined the total number of tests conducted in the penitentiary system.

Arkansas and Tennessee also took a targeted approach by conducting mass testing at several of their sites. Michigan, North Carolina, California and Virginia began with one institution in each state.

Most prisons did not provide age or other demographic information for those who tested positive for coronavirus, which killed more than 200 people worldwide, including more than 000 in the United States.

Reuters has investigated all 50 state prison systems. Of the 30 respondents, the majority tested only prisoners who showed symptoms, suggesting that they could significantly underestimate the number of people infected with coronavirus.

Florida and Texas, with more prisoners than Ohio, report a total of just 931 cases, far less than 3837 prisoners with a positive result in Ohio. New York, the epicenter of the outbreak in the United States, reported 269 positive cases among 51 prisoners. All three states only test prisoners with symptoms.

“Penitentiaries almost certainly underestimate the number of COVID-19 cases among inmates,” said Michelle Deitch, a corrections specialist and senior lecturer at the University of Texas. “Experts tell us the only way to get ahead of this outbreak is through mass testing.”

Representatives from prisons in Florida and Texas said they were following U.S. Centers for Disease Control and Prevention, as well as state health officials, testing only prisoners with virus symptoms. The New York City Department of Corrections said its testing policy for symptomatic prisoners only “reflects the testing process for the general public.”

In Tennessee, tougher measures were taken after a dozen prisoners tested positive for coronavirus in the Bledso County Prison Complex in Pikeville. The Department of Correctional Services examined 3503 prisoners in Bledso, the Northwest Correctional Complex, and the industrial complex in the Turny Center. As of Friday, April 24th, 651 were positive, and most were without symptoms.

“This is what makes the pandemic more difficult to manage,” said Mark Stern, former medical director for the Washington State Department of Corrections and professor at the University of Washington School of Public Health. "Many people have no symptoms."

After a recent spike in cases at the Newsroom Correctional Facility in Goldsboro, North Carolina, officers checked all 723 prisoners. According to the state Department of Public Security, 444% of 98 infected with the virus did not have symptoms. One prisoner died in prison.

Likewise, mass testing in two Arkansas prisons - in Grady and the state capital of Little Rock - identified 751 infected prisoners, almost all of them asymptomatic, the state correctional agency said. The total number of prisoners who were tested is unknown.

Arkansas prisons have previously experienced outbreaks of contagious diseases such as scabies and chicken pox, but these episodes were easier to handle because prisoners had obvious symptoms, said Arkansas Department of Correctional Services spokeswoman Dina Tyler.

“But with this virus, you have no idea about the exact number of cases because many are asymptomatic. It is very difficult to contain, ”she said.

On the subject: The future after coronavirus: how scientists, writers and journalists see it

Michigan Lakeland Correctional Facility has some of the oldest and most medically weak prisoners in the United States. When the incidence of coronavirus increased, there was a surge in infections and deaths in prison. As of April 23, 9 prisoners from Lakeland died from COVID-19, accounting for a third of deaths in 29 Michigan prisons.

According to the state, almost half of the 1400 prisoners in Lakeland suffer from chronic diseases. Many of them are in wheelchairs, and the minimum security facility in southern Michigan has its own geriatric unit for the elderly.

Authorities have tested all 400 prisoners in the geriatric department and plan to test the rest of the facility. Of the 971 tested, 642, or about 66%, gave positive results. Officials declined to report how many were asymptomatic.

All prisoners are quarantined in their rooms awaiting test results, which usually return in a day. The 24-hour period is extremely important because, as soon as the prisoner gives a negative result, he can return to the rest, authorities say.

As coronavirus is spreading behind bars, human rights organizations and public defenders say they fear increasing mortality and insist on the release of older people who have committed non-violent crimes and high-risk prisoners. Overcrowding in prisons and unsanitary conditions raised concerns that prisons could become carriers of the disease.

“This is even worse than cruise ships stuck at sea,” said Stern, a correctional expert, referring to famous cruise ships with multiple cases of coronavirus infection that no port in the world wanted to accept.

'Many will not survive the spring': how big cities try to help the homeless during a pandemic

Coronavirus stripping: prisoners released in US due to pandemic

Which countries have the least chance of coronavirus and why