Opinion: gorgeous San Francisco in the distance - terrifying and ugly up close

National Review Edition published column by Michael Gibson, co-founder of the 1517 Foundation and vice president of the Thiel Foundation, about San Francisco, a city that survived earthquakes and fires, but may not sustain its own glory. Revision AIN.UA publishes an abridged translation of the material. 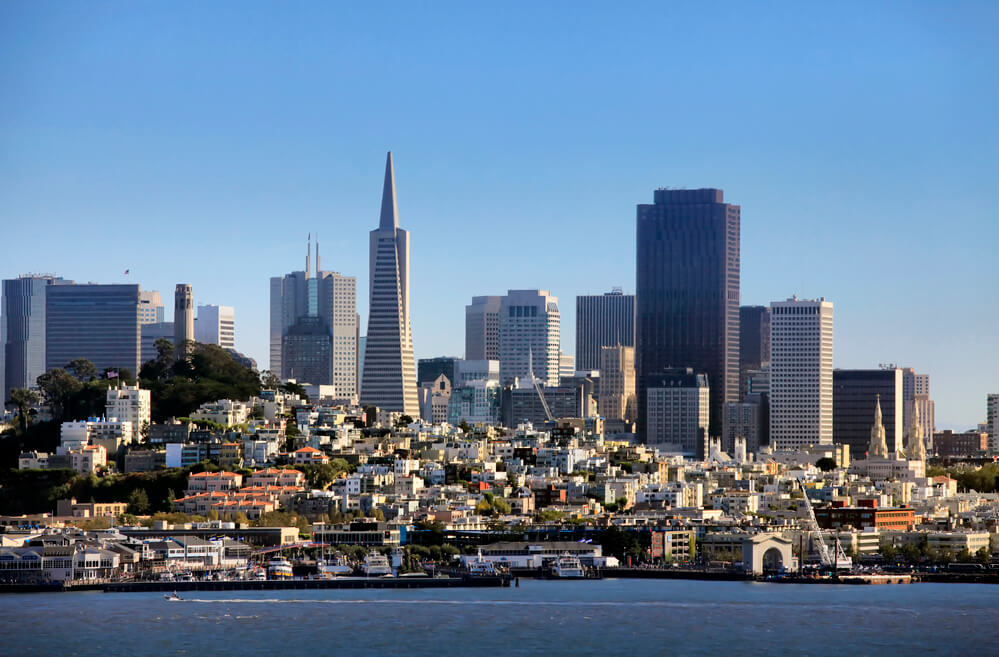 San Francisco has passed its prime - and the lights are dying down.

The current concentration of wealth in the city (especially after the IPO Lyft and following IPOs Uber, Palantir, Airbnb or WeWork), most likely, does not mean the beginning of the era of golden sin, but means its end. Gorgeous in the distance, San Francisco is terrifying and ugly near.

In the decade that I lived here, the city achieved what seemed to be impossible: it combined expensive, harmless and terrible into a new form. It looks magical to an inexperienced eye: the city of the future, the city of enthusiastic sighs. Then, slowly, it manifests itself as a city of lies: on the one hand, they talk about creating artificial intelligence, but they forget to add that its task is to win board games and show you the best advertising.

On the subject: Why am I leaving Silicon Valley?

This city prepares you for disappointment.

By managing a venture fund that invests in startups as early as possible - I see that fewer and fewer companies decide to start here. When we opened our doors in 2015, 80% of our investments were in gulf companies. Last year there were half of them, and we expect that this number will decrease even more in the coming years. Andreessen-Horowitz announced that they are becoming a hedge fund, presumably to focus on later perspectives. Peter Thiel, who lived here from the middle of 90's, has now fled to Los Angeles and said that there are less than 50 probability percentages that the next great technology company will arise in an increasingly expensive, conformist Valley. “Silicon Valley is now more fashion than opportunity,” Til told the Swiss newspaper Zeitung. “The heads are the same.”

You cannot build a successful startup from the garage if the garage is worth a million dollars.

The average rent for a one-bedroom apartment in San Francisco recently reached $ 3690 per month, which is 30% more than in New York. Over the past decade, 722 has added thousands of jobs in the Bay area, but only 106 thousands of new homes have been built. The average class A rental in the city has grown by 124% since 2010. Legendary urbanist Jane Jacobs once noticed that new ideas come from old buildings. Of places that you can change without permission, because no one cares about them. This is one of the reasons why so many garage start-ups, garage groups and artists spilling paint in abandoned warehouses have left their mark on the world. The creative class cannot afford to rent new expensive studios.

On the subject: What you need to know if you want to live in San Francisco

But in San Francisco, the real creative class can no longer afford to rent any place at all.

San Francisco has been extremely democratic since the 1950s. The last mayor, the representative of the Republicans, won the election in 1956 year. This is a one-party town that promotes civil philosophy. From afar urban democrats in words help the poor. But close facts tell a different story. None of their strategies over the past half century has worked to save the poor from poverty. Tight housing restrictions push marginal groups to the side. Stratospheric housing costs have pushed minority families to the outer borders of the bay area, which has increased segregation. A study by the University of California at Berkeley found that increasing the average rent by 30% resulted in a decrease in the number of minority households by 28%. Entire neighborhoods of the city fled to remote areas. Stories about three-hour trips from Stockton have become more common.

Cities are almost immortal. Although they decline, they rarely die. But creative clusters can be destroyed. They are fragile and fleeting. Rome survived the fall of civilization and two world wars; ancient Athens and Florence Quattrocento blinded, and then faded. Now San Francisco has passed its heyday and approached the sad upper bar of middle age.

On the subject: Why is it so hard to love San Francisco?

“Cities dominated by one industry, cities that reward a generation of wealth and financial success for a sense of common humanity, have difficulty retaining social capital,” said Sam Altman, President of YCombinator, economist Tyler Cowan in a recent interview. No one passed by a man who fell on the side of the road to work. I hope I never get used to the fact that this is not happening in San Francisco. ”

If the city really cared about the poor or the environment (greening density), they would impose a tax on the value of the land and set up a redistribution policy to reconcile the interests of the city, as well as the current and future inhabitants. A strong government housing policy can spur growth and rightly redistribute the wealth of a city. But above all, freedom of construction and experimentation is the driving force behind the dynamism of the Valley. Let the experiments of the few become the prosperity of many, and the city will again be able to prosper and grow.

This is unlikely to happen anytime soon. But if the dream is lost, the skills and funding remain ... for now. I advise all startups I meet to consider staying in other cities.

Named US city with the largest concentration of billionaires per capita

Brown City: San Francisco in crisis due to human excrement