Residents of a high-rise building in the Miami area were forced to evacuate from a building that was deemed unsafe. This was discovered during inspections due to the collapse of the Champlain Towers South in Surfside. Writes about it The Guardian. 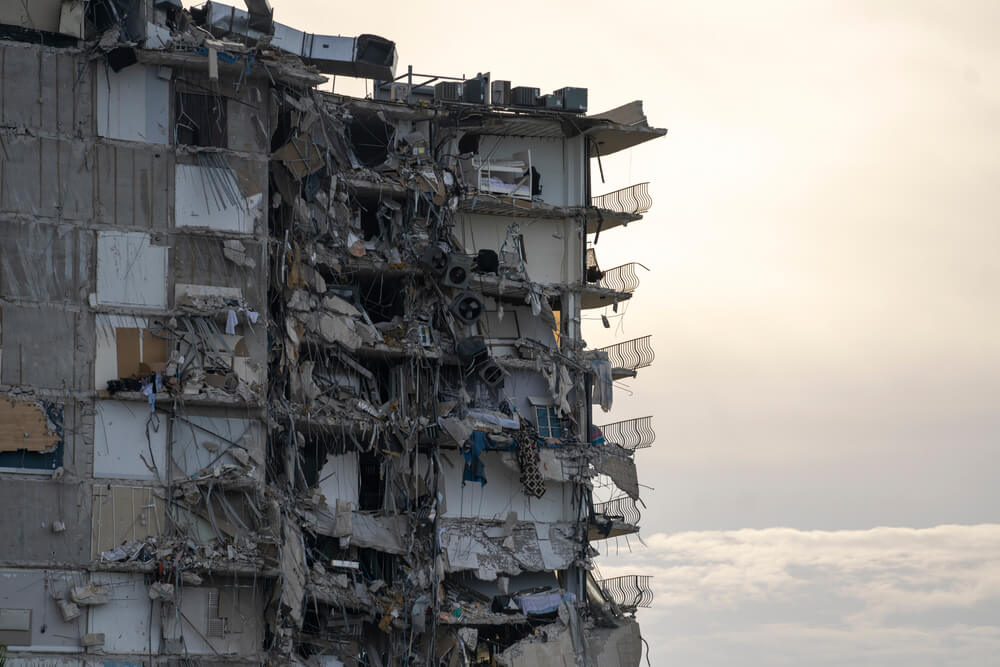 The audit revealed that the 156-unit Crestview Towers in North Miami Beach, about five miles (8 km) from the collapse site, was declared structurally and electrically unsafe back in January, the city said. The evacuation took place on Friday 2 July.

In the ruins of Champlain Towers South, the death toll has risen to 22. The seven-year-old daughter of a Miami firefighter was found dead.

Harold Dauphin was returning home when he noticed a helicopter and an increased police presence. He thought there was shooting, but it turned out that the house was being evacuated.

“They said it was unsafe to live in this building and reported an immediate evacuation,” Dauphin explained. In his words, he did not hear anything about the problems, so he took everything he could and left.

“It's regrettable, but I understand. Considering what happened at Surfside, it's best to play it safe, ”he said.

It is the first building to have been evacuated since officials in Florida began scrutinizing old high-rise buildings. They want to make sure structural problems are not ignored, which could lead to disaster.

At Surfside, although the dead were found again, relief came as well. Closer scrutiny of the list of missing persons reduced their number from 145 to 126 after duplicates were eliminated and some of the missing were unharmed.

“This is very, very good news,” said Miami-Dade Mayor Danielle Levin Kava, but noted that information can change because detectives are constantly reviewing the list and checking reports.

The mayor said she signed a decree to demolish the remainder of the building. The official clarified: although the order has already been signed, it is likely that more than one week will pass until the demolition is planned.

No one was rescued in the first hours after the June 24 collapse. Now the authorities are preparing for the fact that Hurricane Elsa will bring a strong wind... The search work was stopped several times.

"We will try to hold out as long as we can, but judging by the periods of inclement weather, we need to stop," says Miami-Dade fire chief Alan Kominsky.

In addition, one of the rescue teams was recalled due to the fact that six people working at the facility tested positive for COVID-19.

US President Joe Biden praised the "resilience of the authorities, as well as their absolute commitment and willingness to do everything possible to sort things out."

“Families know that the chances are diminishing every day, but they want to at least get the bodies of their loved ones. Everyone is going through hell - both those who survived and those who yearn for loved ones. The worst thing is not knowing if they are alive, ”Biden said.

Authorities did not immediately provide details of the structural problems that led to the evacuation of Crestview Towers. Building managers previously reported millions of dollars in damage from Hurricane Irma in 2017.

A letter posted less than two weeks ago on the website of the community to which the building belongs says renovations are progressing as planned. It is planned to make a new roof, replace the generator and improve lighting.

“Last year was not allowed due to the pandemic, and many cases were delayed for myriad reasons. But this year we started to work hard, ”the letter says.

Darwin Reyes said he lived in the building during Hurricane Irma, and a piece of the balcony fell on top of it during the storm. He listed other complaints, including often inoperative lifts and pipes that did not drain water well. So Reyes was going to move.

On Friday, July 2, he woke up, checked his Instagram feed and saw an ad that said all of his residents were being evacuated from his house. Darwin looked out into the corridor and saw people with bags and suitcases. He and his wife collected everything they could.

“Now I am officially homeless,” he stated.

“It is possible that tropical storm winds may appear in this area,” he suggested. “Not guaranteed, but possible, so our Department of Emergency Situations anticipates this will happen and is making the necessary preparations to be able to protect most of the equipment.

Search and rescue operations at the site were temporarily suspended on Thursday 1 July due to structural problems with the existing structure, and then resumed in the evening. The Florida State Response Team coordinated 500 response services at the scene, DeSantis said.

On the subject: After the collapse of a house in Florida, cracks appeared on a nearby building

Since Elsa's impact on Florida "will begin on Sunday evening, we place special emphasis on this, because we understand the complexity of events," the governor emphasized.

Although officials do not believe the district is in immediate danger, he said, they have developed contingency plans.

The Hurricane Center warns that the Florida Keys and parts of southern Florida will face the risk of storm surges, high winds and heavy rains early next week. How strong Elsa will be next week is not very clear due to likely land interactions and disagreements between weather patterns.

Some weather models predict that Elsa will turn east of Florida, while others suggest that she will enter the Gulf of Mexico.

"Due to uncertainty in the long-term forecast, it is too early to determine what will happen next week," - explained in the center of the hurricanes.

Why the house collapsed in Miami: while rescuers are looking for survivors, engineers are putting forward versions

After the collapse of a house in Florida, cracks appeared on a nearby building

Rent debts after quarantine: how the eviction process works in the USA and how it can be avoided