Home Our people 'Don't joke with it': what mistake our immigrants make in American cafes

Author of the channel "What's what" on "Yandex.Zen" talked about his own experience of ordering breakfast in an American cafe and the unexpected situation that followed. What should an immigrant be prepared for? Further - from the first person. 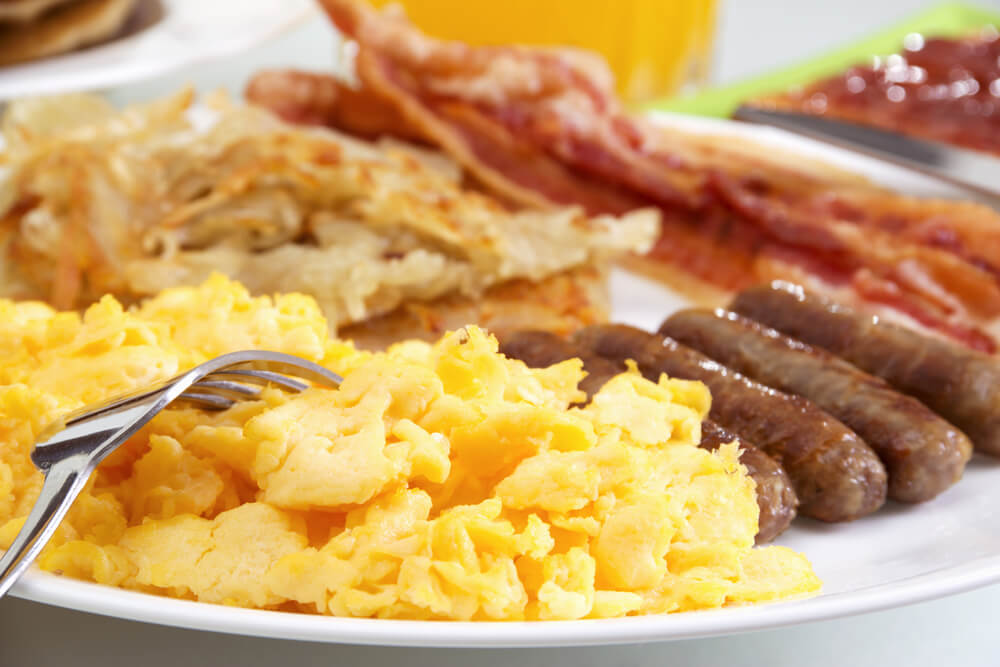 It was in Ocean City

It was in Ocean City (New Jersey). We were tired and terribly hungry. I don't remember exactly why we were so exhausted, but, most likely, we were tired of the night on the bus.

Arriving in Ocean City (a cool resort town on the ocean, which just encourages you to put on your swim shorts and go to the beach to have fun), the first thing we decided to do was have breakfast.

We found a very small cafe on the ground floor of the mini-hotel. They did not think for a long time - they decided to eat properly, and only then look for housing, walk, look around. In short, we sat down at the table and asked for a menu.

We did not choose for long. There were three of us, and the order turned out to be something like this (for each):

This, of course, is a very hearty breakfast, but we wanted to eat wildly. If we only knew what they would bring us ...

We waited 15-20 minutes. When the waitress came into view, we all had smiles on our faces from ear to ear - they were bringing us a mountain of food! The obliging and kind-hearted woman somehow managed to place several plates of food and additional snacks on the table.

We were shocked. A minute later, it turned out that it was only part of the order - the waitress hurried for the rest. In the end, she brought us the same amount.

There was so much food on the table that it was simply unrealistic to eat it. By the way, we left half of it on the table.

On the subject: What is the difference between McDonald's restaurants in the USA and Russia: traveler's impressions

During the breakfast, it turned out that each separate dish (potatoes, loaf, omelet) is a ready-made complex breakfast. In other words, a dish with vegetables, toast, butter, cheese is also served with potatoes. Fruits and rolls were added to the omelet. They also brought all sorts of different things to the loaf with cheese.

It turns out that each of us ordered three complex breakfasts! This was our fault.

It was both funny and weird. Probably, the cook and the waitress thought that we had never eaten in our life, or that we had come from a hungry land.

I will add that one set breakfast in an American cafe is already a lot. This breakfast is designed for a hefty guy who has been carrying sacks all night, and at lunchtime he has to go to a boulder hauling competition. Well, you get the idea.

If anyone is going to the USA, know that everything is serious with breakfast there. Don't joke with this case.

Original column published on the blog. "What's what" on "Yandex.Zen"