Home World The longest lunar eclipse in 100 years awaits us: how to see it

The longest lunar eclipse in 100 years awaits us: how to see it

November's Frost Moon, or Beaver Moon, will be the last lunar eclipse this year. Although this is an incomplete lunar eclipse, it is still very close to it, as almost 97% of the Moon will be covered by the shadow of the Earth. The edition told in more detail reverse. 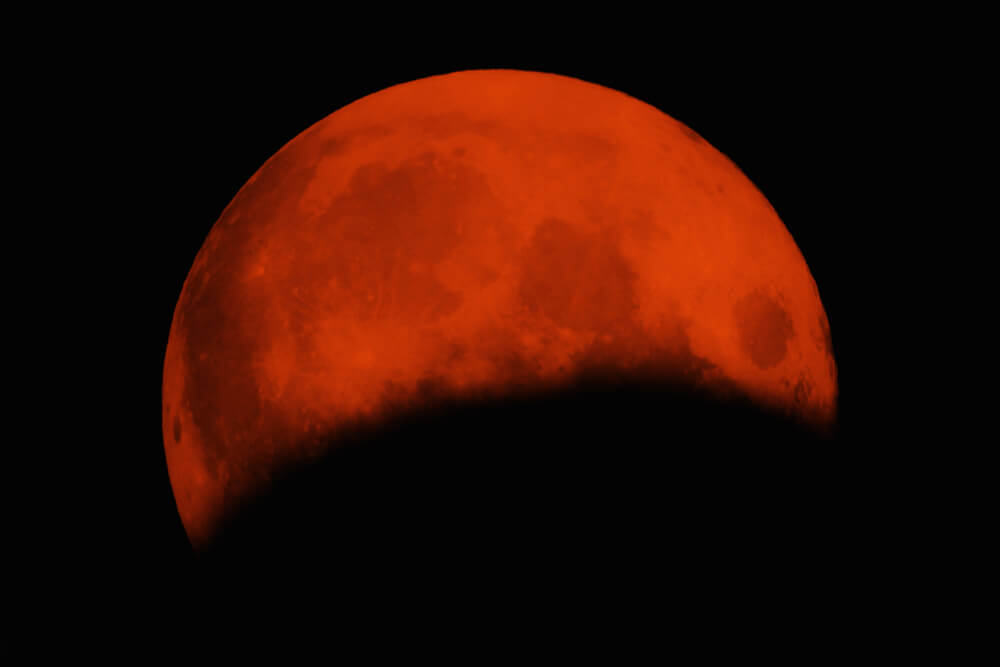 The eclipse will be accompanied by a full moon

The full moon will occur on November 19 at 17:00 pm and peak at 03:58 am ET. Peak illumination is when the full moon shines at its maximum brightness, when all of its visible part is illuminated by the light of the sun.

A partial lunar eclipse will accompany the full moon this month. It will peak on Nov.19 at 04:02 am ET. According to NASA, it will be the longest eclipse in this century with a duration of 3 hours 28 minutes.

What is a Partial Lunar Eclipse

A total lunar eclipse occurs when the Earth is between the Sun and the Moon and blocks sunlight from the Earth's orbiting satellite, plunging it into darkness.

On the subject: NASA wants to supply the moon with Wi-Fi: why do we need the Internet 400000 km from the earth

During a total lunar eclipse, the Sun, Earth, and Moon line up briefly in a straight line, while during a partial eclipse they do not form an exact straight line.

Instead, their alignment is slightly different, with the result that the Earth only partially covers the surface of the Moon.

What is Frosty Moon

The full moon shines with the brightest light, since it is on the opposite side of the sun from our earthly gaze. The full moon of each month has a unique name that goes back to the traditions of the American Indians. In November, it is known as the Beaver Moon, because it occurs around the same time that hunters set traps for beavers to stock up on valuable fur before the cold winter season.

The November Full Moon is also known as the Frosty Moon because it falls at the beginning of the winter season when temperatures begin to drop.

When is the next full moon

This will be followed by the January 2022 full moon, known as the Wolf Moon, which will reach its zenith at 18:48. A complete list of the full moons of 2022 can be found at link.

How the partial lunar substitute differs from the Blood Moon

A total lunar eclipse is also known as the Blood Moon, as the orbiting satellite turns blood red. This occurs when light emanating from the Sun is refracted by the Earth's atmosphere towards the surface of the Moon and gives it a reddish hue.

A partial lunar eclipse can sometimes have the same effect, depending on how much of the Moon's face is obscured by the Earth's shadow.

How to see a lunar eclipse in November

You may notice a lunar eclipse in the night sky as the Earth's shadow appears to hover over the Moon, leaving a tiny streak protruding to the side.

When is the next lunar eclipse

In 2022, there will be two total lunar eclipses: the first will occur on May 16, the second on November 8.

These lunar eclipses will become less frequent over time, as the Moon slowly moves away from Earth by about 1,6 inches (4 cm) each year. But it will take some time for the shadow of the Earth to not cover the surface of the Moon, so we still have to observe billions of years of lunar eclipses.

'Piece of Pie' and 'Dime a Dozen': What Popular American Idioms Mean

NASA warns: 15 years from now, it will be almost impossible to live in coastal cities of the USA due to constant floods

Top 10 of the most beautiful waterfalls of California