Home At home 'They decided to destroy us': a Kharkiv woman told how a wounded woman with a child got out of the house after being hit by a rocket

'They decided to destroy us': a Kharkiv woman told how a wounded woman with a child got out of the house after being hit by a rocket

Denis Cheredov's project "New York duty officer" interviewed Ukrainian Anfisa Prokofieva. The woman was wounded during the shelling in Kharkov, she barely escaped from Ukraine with her little daughter, survived surgery on her face in Germany and is now undergoing rehabilitation. 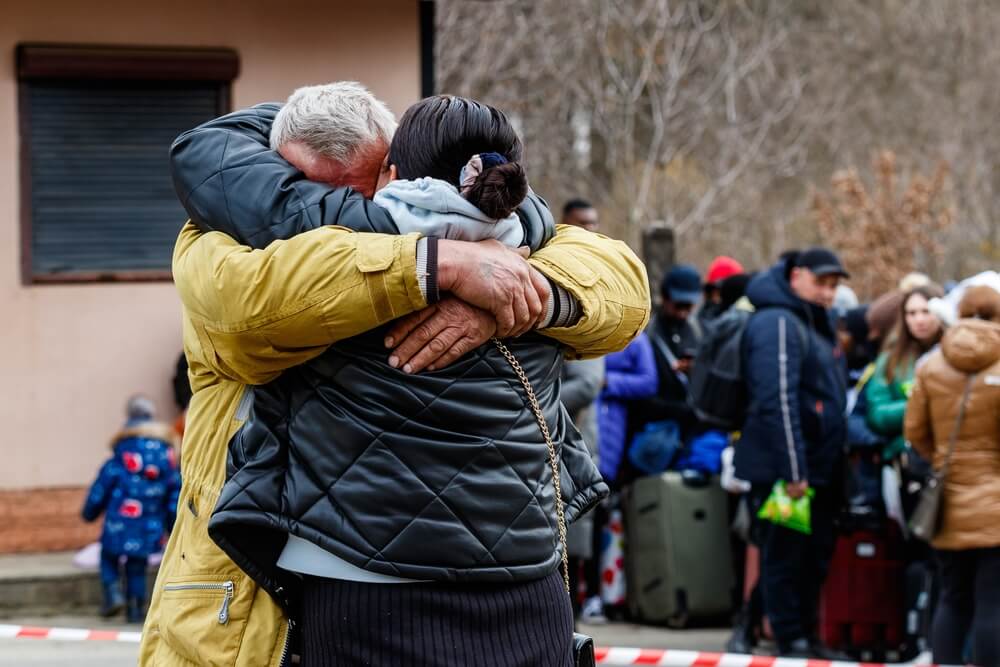 A rocket flew into the house of the Prokofiev family in Kharkov, the woman barely got out from under the rubble and, despite injuries (physical and psychological), she was able to take the children to Europe, to Germany to friends.

She received serious facial injuries, for the treatment of which Anfisa underwent surgery in Germany. Thanks to the help of those who care, the operation was free for the Ukrainian woman. Her face still shows the effects of the operation and injury. Anfisa has to constantly wear sunglasses.

“We are leaving for the Netherlands soon. Here I showed myself to you, but I don’t want to show my face to anyone else, ”she admitted.

Anfisa said that before the war, she and her family lived a peaceful life, like many Ukrainians. But Russia did not like it.

On the subject: Mathematician from Ukraine hanged himself in Moscow: he was not allowed to leave Russia after the start of the war

According to her, “a real genocide” is taking place in Ukraine now, everything that is Ukrainian culture is being wiped off the face of the earth.

“We are left no chance to survive and be called Ukrainians. They took away our language, did not recognize our history, and now they are destroying everything cleanly, ”said Anfisa. Her house, where she has lived with her family since 1988, has been destroyed.

She hopes that the world community will help Ukraine, which has become the victim of an unjust Russian imperial attack.

“It seems to me that the world community should answer the question of whether someone has the right to dictate to another people what to do and how to live. And most importantly: does anyone have the right to forbid someone to live better. Our Kharkiv is an extraordinary city. It has become very modern. And now they are destroying it, ”the woman laments.

Read more materials of the project “On duty in New York” at their Facebook page.

The war took almost everything from Anfisa, she has nothing to live on and nowhere to live. Friends spend fund-raisingto cover the basic needs of Anfisa and her daughter.

'We have huge military capabilities': Trump believes Biden took too weak a position on Ukraine

What Items Should You Never Buy on Amazon?