Home In the U.S. Severe winter storm hits the US over the weekend

There is growing confidence that a winter storm with hurricane intensity, snow and blizzards will hit major northeastern cities from January 28, reports CNN. 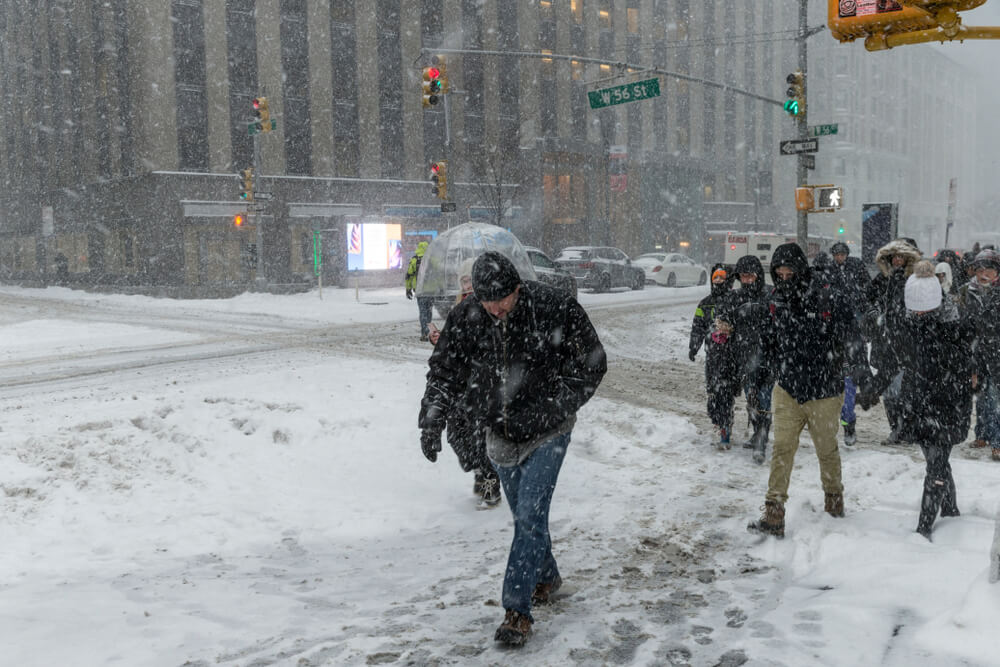 “Models continue to show north-east with blockbuster potential for the weekend, mostly from the evening of Jan. 28 to Jan. 29,” says CNN meteorologist Brandon Miller.

Questions remain about how much snow will fall and how strong the wind will be.

"Heavy snow is likely to be expected in parts of New England," the Weather Prediction Center said on January 26 morning.

"Heavy snowfall is still a possibility further south along the East Coast, including in the major metropolitan areas of I-95 from New York to Washington, DC, but this is not certain at this time," the Center said.

The storm is expected to form in the Atlantic Ocean off the coast of Georgia, then rapidly intensify — a process known as explosive cyclogenesis — on the night of January 28 and follow the east coast on January 29.

On the subject: Submitting immigration forms online is fraught with negative consequences: what can go wrong

"Everything points to the possibility that this storm may undergo explosive cyclogenesis, meaning that its center pressure drops by at least 24 mb in 24 hours," the Boston Weather Service said in a statement, referring to a unit of pressure known as like millibars.

"This creates a very stiff pressure gradient, meaning that strong, potentially dangerous winds will accompany the snow," the report said.

“This storm is likely to intensify at a speed and intensity equivalent to only the most powerful hurricanes, so the potential for this high-end storm cannot be overemphasized. It all comes down to location, location, and location again,” Miller said.

The uncertainty in the forecast is quite large, as the office of the National Weather Service of Boston noted on Twitter on January 26.

“Well, the average model error in this time range (3 days) is over 240 km! For example, where will the rain/snow line be installed? 240 km can vary from Cape Cod, Massachusetts to New Haven, Connecticut, it is too early to make specific predictions,” the service said.

Both forecast models predict this increase, but their East Coast storm paths are different, changing what people might expect from Washington DC to Boston.

"Landmarks are favoring a severe storm, but the exact course remains uncertain," the Boston office said.

While it's still too early to determine exact totals, it looks like the storm will hit all municipal areas along Interstate 95 from Virginia to Maine starting Jan. 28 and through Jan. 29. In Philadelphia, New York and Boston, 30 cm of snow can fall, or even more.

Winds of 80 mph or more are likely in the northeast, with even stronger gusts possible, especially along the east coast. These strong winds, combined with snow, will create a blizzard.

"The closer path of the storm would also mean increased winds and the possibility of a snowstorm off the coast," the Philadelphia Weather Service said.

A snowstorm occurs when snow combines with wind gusts of more than 55 km per hour for more than three hours and creates visibility of less than 400 m.

“Significant coastal impacts are possible in the northeast, including coastal flooding and beach erosion,” the forecast center said in a statement.

The stronger the storm, the greater the surge of water along the coast. Time is also of great importance.

"Coastal flooding is a concern due to astronomically high tides on January 29," the Boston Weather Service said in a statement. “The combination of strong northeasterly winds and high seas will cause storm surges that, if coincident with high tide, will result in minor to moderate coastal flooding.”

The storm's timing difference - as little as six hours - will make a huge difference in the impact on coastal flooding and erosion problems.

One thing is for sure: meteorologists will be chained to a computer forecast model running all day on January 26th.

"Today's trends will certainly be important," the Philadelphia weather service said. “The sample will steadily improve, and the big picture model solutions should begin to converge in the next 12 to 24 hours.”