Home In the U.S. Severe winter storm hit the US: two people died, tens of thousands were left without electricity

Severe winter storm hit the US: two people died, tens of thousands were left without electricity 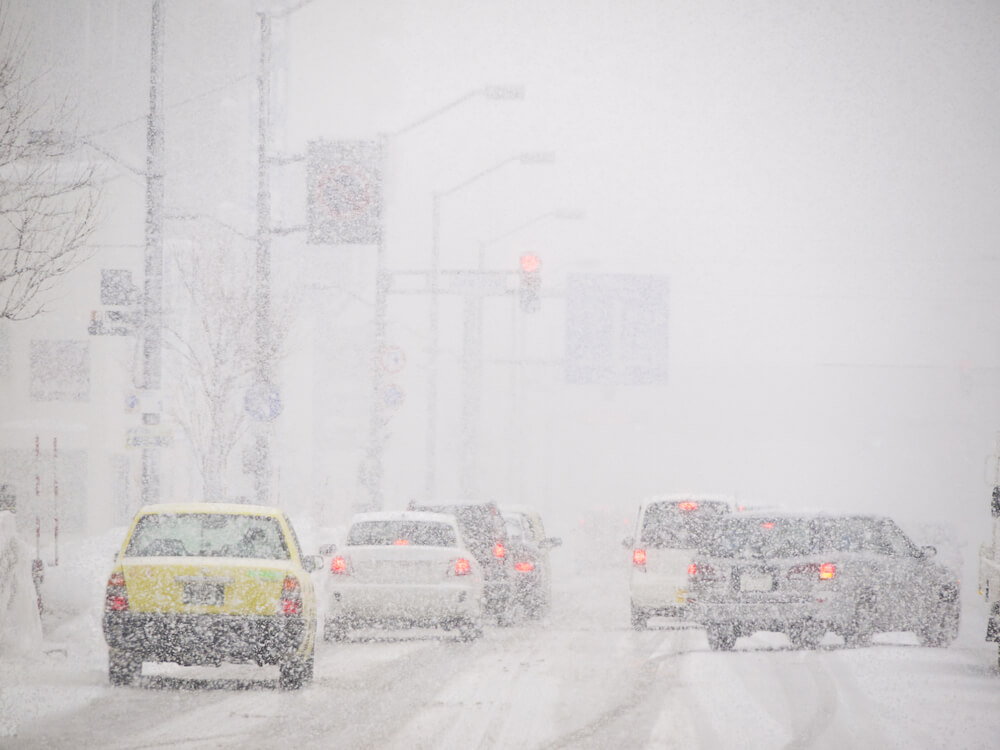 As of the morning of January 17, a winter storm that swept the East Coast left more than 118 people without power in five states.

Even after the storm receded, more than 25 million people from the Central Appalachians to the interior northeast remained on snow and wind alert, with the heaviest additional snowfall (15-25cm of snow) forecast in northern New Hampshire and in the interior of Maine.

Snow and ice hit southern areas unaccustomed to such inclement weather, including northern parts of Mississippi, Alabama and Georgia, as well as the Carolinas, where some of the heaviest snowfall fell in the western regions.

In parts of the inner Carolinas, the snow has turned to freezing rain, leaving a telltale slippery glaze on roads up to 1,4 cm thick.

North Carolina authorities said two people aged 41 died in an accident in the state when visibility conditions were poor due to the storm.

In a January 16 statement, Cooper warned residents to stay off the roads to avoid car accidents and embarrassments.

On the subject: A tsunami in California, a rumble in Alaska and a dangerous cloud of ash: an eruption of an underwater volcano struck the whole world

“Less people on the road means fewer car accidents and also allows road crews and utility workers to get results faster,” he said, adding that more than 90 homes and businesses across the state were without power on January 000 afternoon and the outages continue. .

Derrek Becker, a spokesman for the South Carolina Office of Emergency Management, said Jan. 17 that there were no reports of deaths related to the storm, but confirmed several road accidents with injured people sent to hospital.

Overall, snowfall was heaviest in Appalachia and the Northeast, while light ocean winds turned snow to ice and then to rain closer to the Interstate 95 corridor. Washington received 6,6 cm of snow before transitioning to ice and rain, while New York registered only 2 cm.

However, winter storm warnings were in effect in New York State, as well as coastal flood warnings on January 17th. Governor Kathy Hochul's (D) office warned that snow could fall at up to 7cm per hour in parts of the state, while a combination of heavy snow, ice, rain and high winds "will create challenging driving conditions and the potential for power outages" from the evening of January 16 to the evening of January 17.

To the west, parts of West Virginia, eastern Ohio, and western Pennsylvania received more than 30 cm of snow. Buffalo was inundated with 40 cm of snow on the evening of January 16 and remained under a winter storm warning for an additional 7-12 cm on January 17, along with wind gusts up to 72 km per hour.

The storm also produced roaring winds that reached 100 mph near Interstate 95 in the northeast. On January 16, wind gusts reached 93 km per hour at Washington Dulles International Airport in the evening, while gusts of about 100 km per hour were recorded from coastal New Jersey to Boston in the early hours of January 17. High wind warnings and advisories were in effect on January 17 for more than 30 million people in the eastern United States from Georgia to the coast of Maine.

After traveling 3 km in five minutes, it was the most powerful tornado on the Florida peninsula since December 16, 2020, when EF2 tore through Ulmerton in Pinellas County, causing $16 million in damage.

“It happens to us, but not very often. They are possible due to passing storms," ​​said Rodney Wynn, a meteorologist with the National Weather Service's office in Tampa Bay.

“He came from the Persian Gulf. We had a waterspout warning. As soon as he made landfall, we issued a tornado warning,” he added.