Home At home In the presidential election in Kazakhstan, Nazarbayev’s protege won; those who are dissatisfied with the results are arrested

In the presidential election in Kazakhstan, Nazarbayev’s protege won; those who are dissatisfied with the results are arrested

In support of Kassym-Zhomart Tokayev, previously acting president of Kazakhstan, more than 70% of voters expressed their opinion. 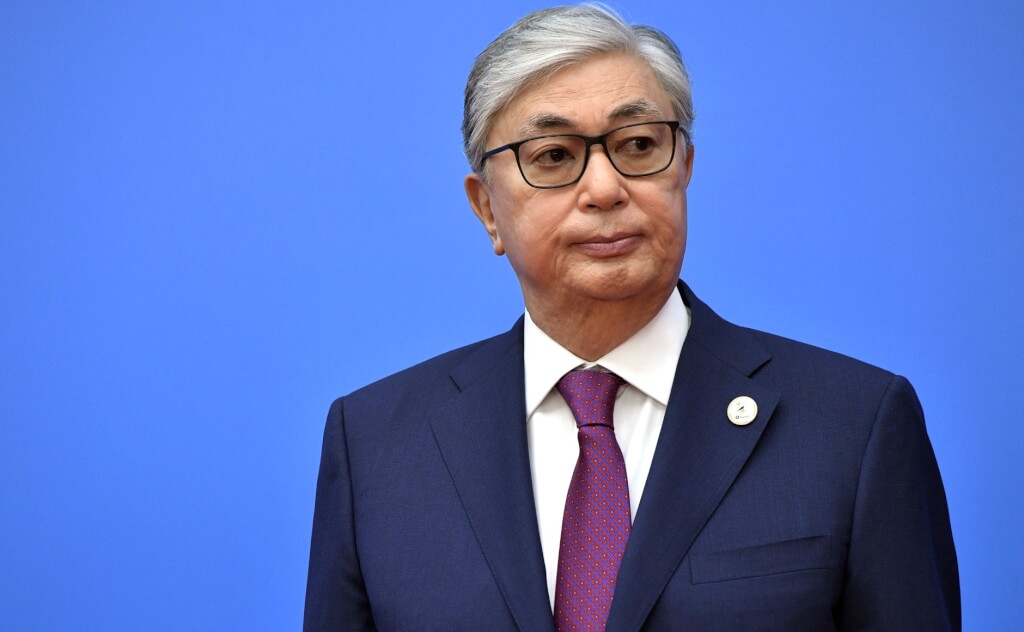 Kasym-Zhomart Tokayev won on extraordinary presidential elections in Kazakhstan, enlisting the support of more than 70% of the vote. About this with reference to the data of the Republican Central Election Commission of Kazakhstan reports RBC.

“Now we can sum up the final results of the extraordinary presidential elections in Kazakhstan,” said CEC Chairman Berik Imashev, adding that Tokaev got 70,96%, or 6 539 715 votes.

The extraordinary presidential elections in Kazakhstan were appointed after the country's first president, Nursultan Nazarbayev, resigned in March. He handed over his authority to the Speaker of the Senate, the former Foreign Minister and former Prime Minister Kassym-Zhomart Tokayev.

On the subject: Why I refused to work in the United States and returned to Kazakhstan

In addition to Tokayev, six candidates participated in the election of the new head of state. In the second place was oppositionist Amirzhan Kosanov, who managed to gain 16,23% (1 495 401 vote). In his election program, there were items on protection of freedom of speech and the media, on the elimination of restrictions on the registration and activities of political parties, as well as a plan to combat corruption by publishing data on civil servants.

The remaining candidates managed to enlist the support of 0,9 – 5,05% of voters, with the first female candidate in the history of the country, Member of the Ak Zhol party, Dania Espaeva, who received 5,05%. 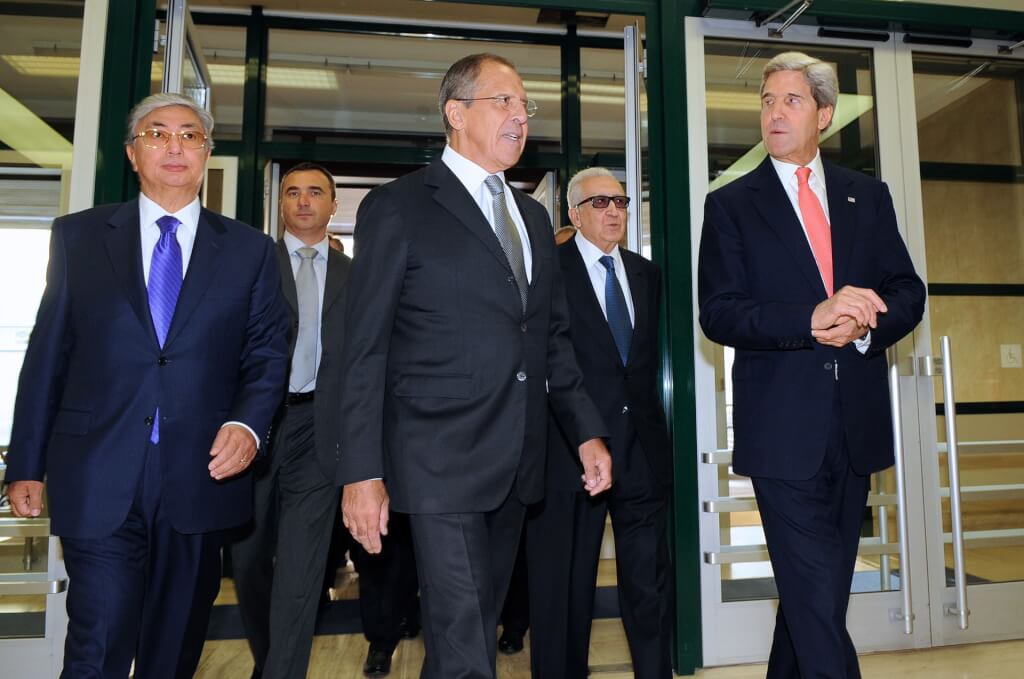 Photo: Wikipedia /US Department of State from United States

The inauguration of Tokayev will take place on June 12.

Russian President Vladimir Putin congratulated Tokayev on his victory in the presidential election after the publication of these exit polls. 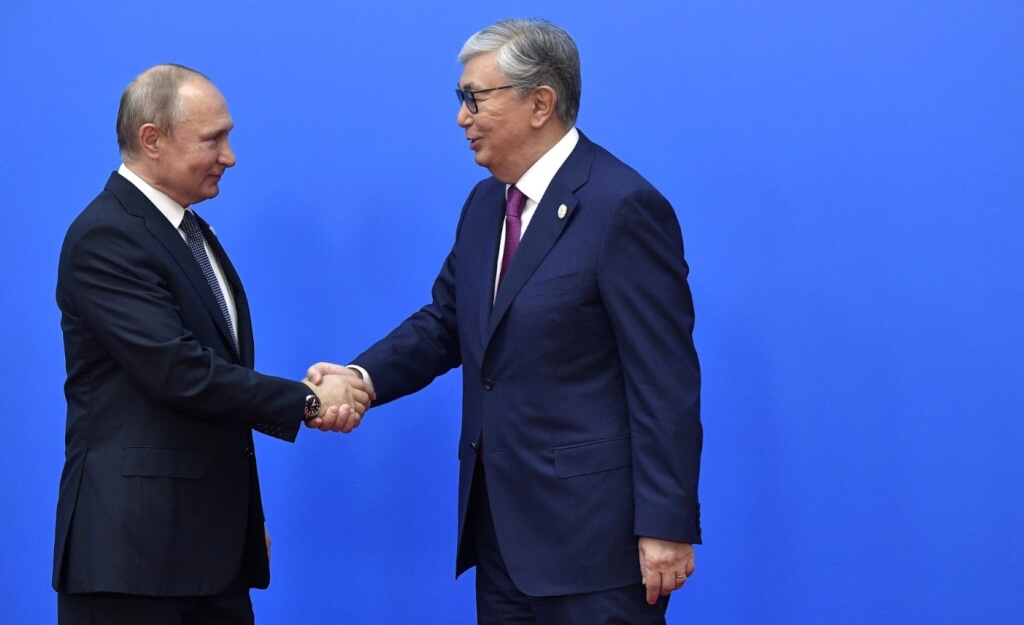 Nursultan Nazarbayev, who held the presidency of the Republic of Kazakhstan since 1990, announced the resignation of 19 in March. The powers of the acting president under the Constitution of Kazakhstan were transferred to Tokayev, who at that time was the chairman of the Senate.

As writes “Currently,“, Protest actions against the results of the presidential elections in Almaty ended before they even started. The police detained people on the way to the designated place. The security forces did not allow the dissatisfied elections to gather. And passers-by were in the special transport.

Among those detained in Almaty was the famous poet and musician Rinat Zaitov. About a hundred people gathered in front of the SIZO in which he was placed, demanding to release Zaitov.

More than 30 people were detained in the area of ​​Astana Square in Almaty. Most of them were detained by decree of the deputy head of the Almaty Police Department Izbasar Bekturov.

On the subject: How do illegal immigrants live in New York?

On election day, several hundred people have already been detained. Over the next few days, they will be judged for participating in rallies and for disobeying law enforcement officers. For an administrative offense, several hundred people are to answer before the court. Among them - Aydarbek Otegenov, he was already sentenced to six days of arrest.

“There was no insubordination. I just didn't get it. They ran into (four people) at me. And the judge said that I had to present my documents right away. But I was in a state of passion, I didn't have time to understand anything, ”Otegenov said.

At the current protests, some before the arrest only had time to shout that they were passers-by. One of the detained women was wounded, an ambulance was called for her.

Detentions in Almaty also took place outside the protest site designated by the leader of the Democratic Choice movement Mukhtar Ablyazov. Several journalists were taken to district police stations. The journalist Asem Zhapisheva was detained in the city center without explanation. When the girl tried to point out the violation of the law and her rights to the police, they ignored this remark, she says.

“When I demanded a lawyer, I told them that they had no right to hold me for more than three hours. They said that there is no law here, and "we will keep you as long as we want." The questions were: why do you help foreign journalists and portray Kazakhstan in a bad light, ”she said.

Mature activist Raisa Duysenbaeva today went on a hunger strike. On the eve of 11, she was taken to the police department along with her disabled son. And released only at midnight. Today, the pensioner at the building of the Department of Internal Affairs demands the resignation of the Almaty police chief Serik Kudebayev.

“I am tired of this police outrage. I demand the resignation of Kudebayev, because it is he who gives them the command to delay, ”says Duisenbayeva.

The city police could not get a comment. The head of the press service of the department at the hospital. And in the Ministry of Internal Affairs information on detainees is still being prepared. Find out how many administrative cases submitted to the court, also failed.

What you lack in the USA: people from all continents tell

'The reddest of all blacks': the story of an African-American communist who died in the Gulag