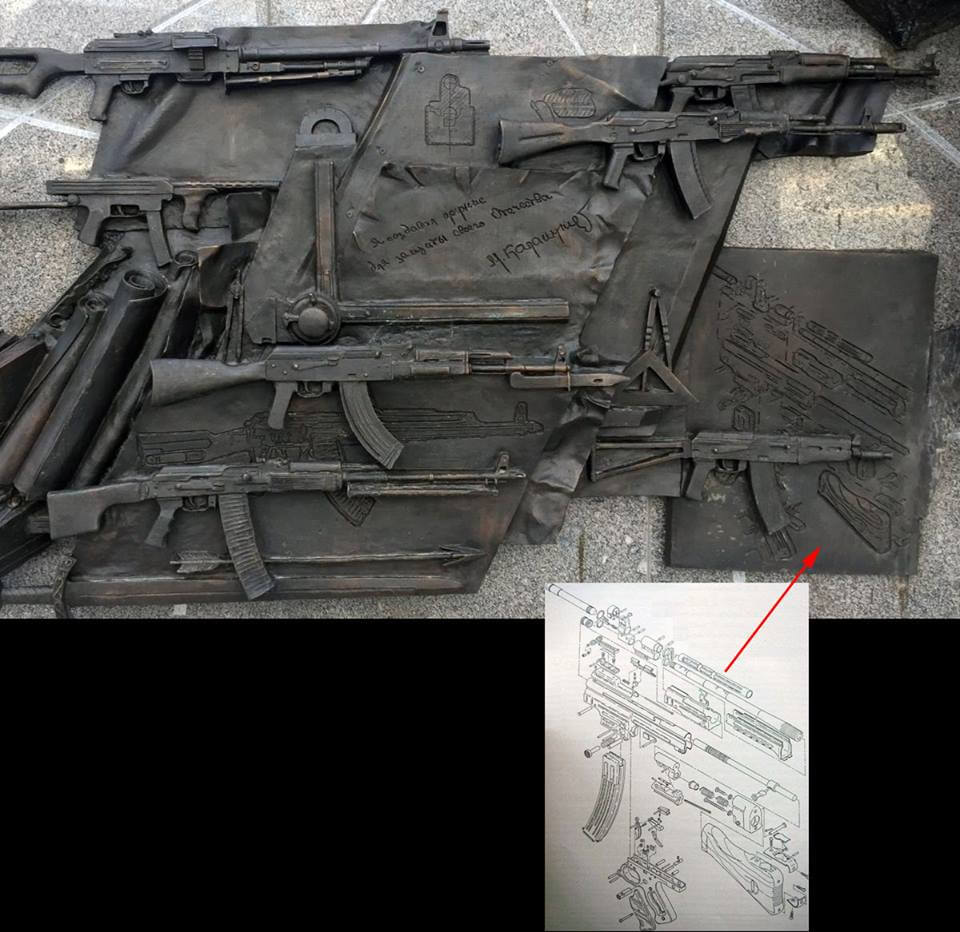 On the pedestal of the monument to gunsmith Mikhail Kalashnikov in Moscow found a drawing of a German assault rifle StG 44, developed in Nazi Germany during the Second World War by designer Hugo Schmeisser.

The inconsistency was discovered by the military historian Yury Pasholok, who placed in Facebook photo of the monument and a copy of the drawings.

The author of the monument Salavat Shcherbakov at first denied that the high relief shows a diagram of a German rifle. Then he admitted his mistake.

“This is a very small, background thing. I even wonder how she was seen. We took it from sources. And where we took it, it says "Kalashnikov assault rifle". Something from the Internet, ”Scherbakov explained the appearance of the German rifle scheme.

The executive director of the Russian Military Historical Society, which ordered the erection of the monument, told the Moscow agency that a fragment of the sculptural composition would be cut down.

Note that the monument to Mikhail Kalashnikov was installed on the Garden Ring 19 September. It was designed on the initiative of the Russian Military Historical Society.

The Kalashnikov assault rifle (AK) was put into service in 1949. Outwardly, it vaguely resembles the StG 44, but the mechanisms, assemblies and ammunition are different. Despite this, it is widely believed that the Soviet designer “stole” the development.

Cowboy: The History of the American Symbol

9 places to see in the USA