Home At home 'We have to do it': Lukashenka closed the border of Belarus with the West

'We have to do it': Lukashenka closed the border of Belarus with the West 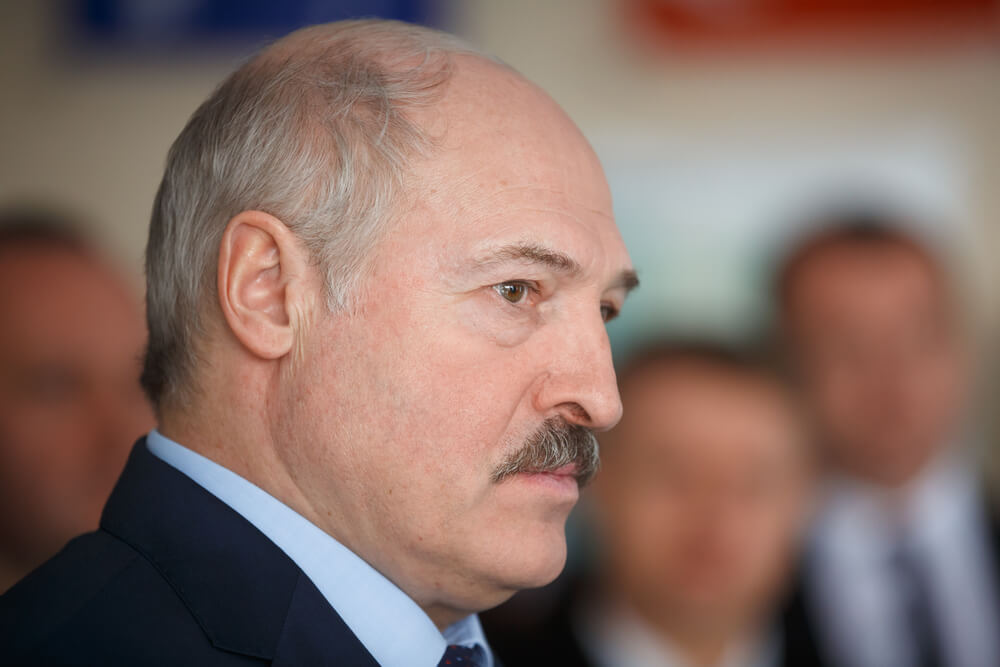 “We are forced to withdraw troops from the streets, as I have already said, to put half of the army under arms and close the state border with the West. First of all, with Lithuania and Poland, ”Lukashenka said at the women's forum“ For Belarus ”.

“We are forced to strengthen the state border, to the greatest regret, with our fraternal Ukraine,” he added.

“From our side, at the moment, the passage of citizens and vehicles is carried out in a regular mode. We do not know what is there from the Belarusian side, ”a representative of the Nadbuzhan department of the Polish Border Guard told the agency.

“In recent days, I have been forced, together with the President of Russia and the Minister of Defense, to build up a common defense of the union state,” Lukashenka said.

The leader of the Belarusian opposition Svetlana Tikhanovskaya is now in Lithuania. She left Belarus after a conversation with law enforcement officers, and later published a video message in which she said that she had to make a difficult choice. She concluded her address with the words “children are the most important thing in our life”.

Two representatives of the coordinating council of the opposition of Belarus, Ivan Kravtsov and Anton Rodnenkov, were forced to leave for Ukraine. In the opposition and in Ukraine, what happened to them was called forced deportation. They also tried to expel the leader of the Belarusian opposition, Maria Kolesnikova, from the country, but they failed, because, according to sources, she tore her passport at the border.

Earlier, Lithuanian President Gitanas Nauseda said in an interview that he did not consider Alexander Lukashenko the legitimate president of Belarus, because the elections were not free and democratic.

“We cannot call Lukashenka the legitimate president, since there were no democratic elections in Belarus,” Nauseda told Sky News shortly after the start of the protests in Belarus.

Latvia, Lithuania and Estonia previously imposed personal sanctions and barred entry to President of Belarus Alexander Lukashenko and 29 other Belarusian officials due to rigged elections and violent suppression of protests.

A loan of $ 1,5 billion and the threat of “scratching your hands”: how Lukashenka met with Putin

On September 14, Sochi hosted a meeting between Russian President Vladimir Putin and the current President of Belarus Alexander Lukashenko. The talks were held in a one-on-one format. For more than a month, protests against falsification of the results of the presidential elections have been going on in Belarus, and this personal meeting between Putin and Lukashenko was the first since the start of the demonstrations, writes Air force.

Before their start, both leaders of states made several statements. Putin said that Russia will provide Belarus with a loan of $ 1,5 billion. He praised Lukashenka's promises to carry out constitutional reform.

“We know about your proposal to start work on the constitution. I believe that this is logical, timely, and expedient, ”the Russian president said.

Putin added that the citizens of Belarus should understand the situation in the country on their own.

“You know our position well: we are for the Belarusians themselves, without any prompts and pressure from outside, in a calm mode and in dialogue with each other, to understand this situation and come to a common decision on how to organize their work,” Putin stressed.

On the subject: Former head of the European Council: Lukashenko wanted to create and lead the union of Ukraine and Belarus

He also promised to continue cooperation between the two countries in the military sphere.

Lukashenko thanked Putin “and all Russians” for their support after the presidential elections. He promised the Russian president to inform him in detail about what is happening in Belarus.

In addition, he again hinted at the involvement of some external forces in the protests in Belarus.

Belarus intercepted the 'conversation between Warsaw and Berlin' about Navalny: no one believed them

'Forget about the great empire': Belarusians in the United States urged Putin to abandon support for Lukashenka

Belarusians congratulated Lukashenka on his birthday with protests, he responded with detentions