Home Leisure A man dug up an unusual stone and thought it was gold, but his find turned out to be much more valuable

A man dug up an unusual stone and thought it was gold, but his find turned out to be much more valuable

In 2015, David Hole, a resident of Australia, found an unusual piece of rock in the Maryborough Regional Park near Melbourne and thought it was gold. He kept the find for years and tried to split it until he figured out the unique origin of his stone, according to ScienceAlert. 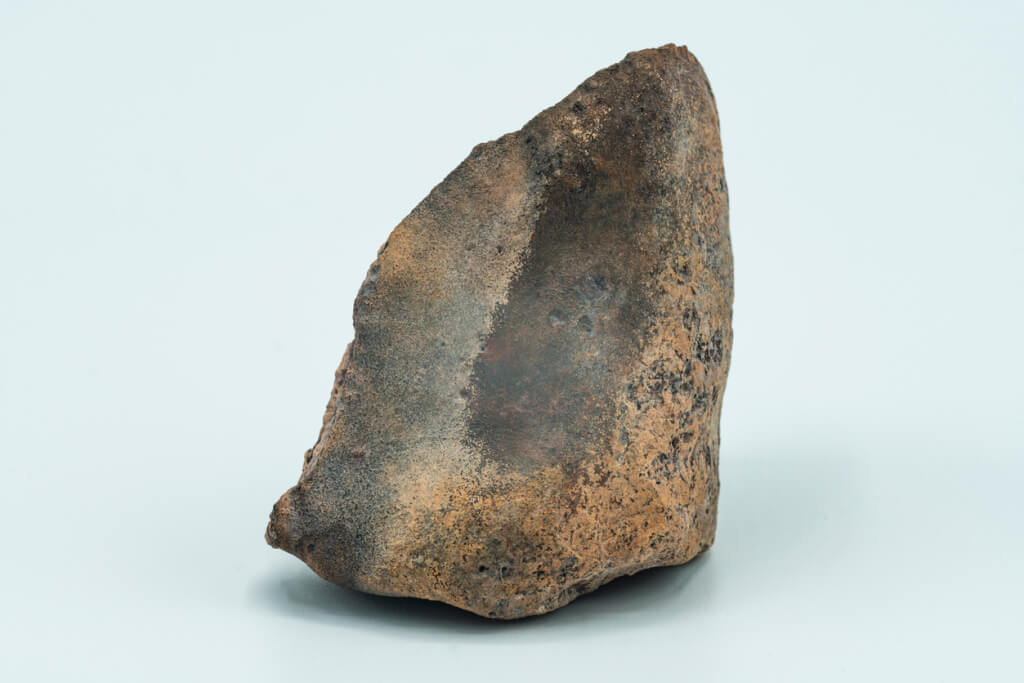 David Hole remembers the day when, armed with a metal detector, he discovered something unusual - a very heavy reddish stone lying in yellow clay.

Howl brought it home and tried everything to crack the find. He was sure that there was a gold nugget inside the stone, since Maryborough is located in the gold mines. There, in the XNUMXth century, the peak of the so-called Australian gold rush was observed.

On the subject: A man without a leg can become the first astronaut with a disability: he was selected for the NASA program

To open his find, Howl used a stone saw, an angle grinder, a drill, and even doused it with acid. However, even a sledgehammer could not break even a crack. It is understandable, because what he tried so hard to split was not a gold nugget.

Years later, he learned that the find was a rare meteorite.

“It had such a sculpted, dimpled appearance,” Melbourne Museum geologist Dermot Henry said in 2019. “Such rocks form when they pass through the atmosphere: they melt on the outside, and the atmosphere shapes them.”

Unable to open the "stone", but still intrigued, Hole took the nugget to the Melbourne Museum for identification.

“I have seen a lot of rocks that people mistake for meteorites,” Henry said.

After 37 years at the museum and examining thousands of stones, only two of the stones Henry brought back turned out to be real meteorites.

This one was one of two.

“If you saw such a stone on the ground and picked it up, it should not be heavy,” said Melbourne Museum geologist Bill Burch.

The researchers published a scientific article describing this 4,6 billion-year-old meteorite and named it Maryborough, after the city near where it was found.

The stone weighs a whopping 17 kilograms. After using a diamond saw to cut off a small piece, the researchers found that it contained a high percentage of iron. This makes it a common H5 chondrite.

“Meteorites provide the cheapest form of space exploration. They take us back in time and provide clues to the age, formation and chemical composition of our solar system, including the Earth,” the geologist explained.

“Some of them allow you to look into the depths of our planet. Others have "stardust". It is even older than our solar system and shows us how stars form and evolve to create the elements of the periodic table. There are also rare meteorites containing organic molecules such as amino acids, the building blocks of life,” he said.
While researchers don't yet know where this meteorite came from or how long it may have been on Earth, they have some speculation.

Our solar system was once a swirling pile of dust and chondrite rocks. Gravity eventually pulled most of this material into the planets, but the rest ended up mostly in the vast asteroid belt.

“This particular meteorite most likely came out of the asteroid belt between Mars and Jupiter, and was pushed out of there by several asteroids that collided with each other, and then once it crashed into the Earth,” says Henry.

Carbon dating suggests that the meteorite has been on Earth for 100 to 1000 years, and several meteors were observed between 1889 and 1951 that may correspond to its arrival on our planet.

The researchers say the Maryborough meteorite is much rarer than gold, making it much more valuable to science. It is one of 17 meteorites ever recorded in the Australian state of Victoria and is the second largest chondrite mass after a huge 55 kg specimen identified in 2003.

“This is only the 17th meteorite found in Victoria, while thousands of gold nuggets have been found,” the expert emphasized.

This is not even the first meteorite that took several years to reach the museum. In a particularly amazing story, one space rock took 80 years, two owners, and some time as a door stop before it became known what it really was.

Now is probably the best time to check your backyard for particularly heavy and hard-to-break rocks—you may be sitting on a metaphorical gold mine.

The oldest cat on the planet was included in the Guinness Book of Records: by human standards, she has already exceeded 120 years

Five great wines you can buy at ALDI for under $10

In California, a guaranteed income program has started: residents will be paid from $600 to $1200 per month