Home In the U.S. A powerful hurricane Delta is approaching the USA: what to prepare for

A powerful hurricane Delta is approaching the USA: what to prepare for

Hurricane Delta is the 25th storm in the 2020 Atlantic hurricane season, recalls CNN. 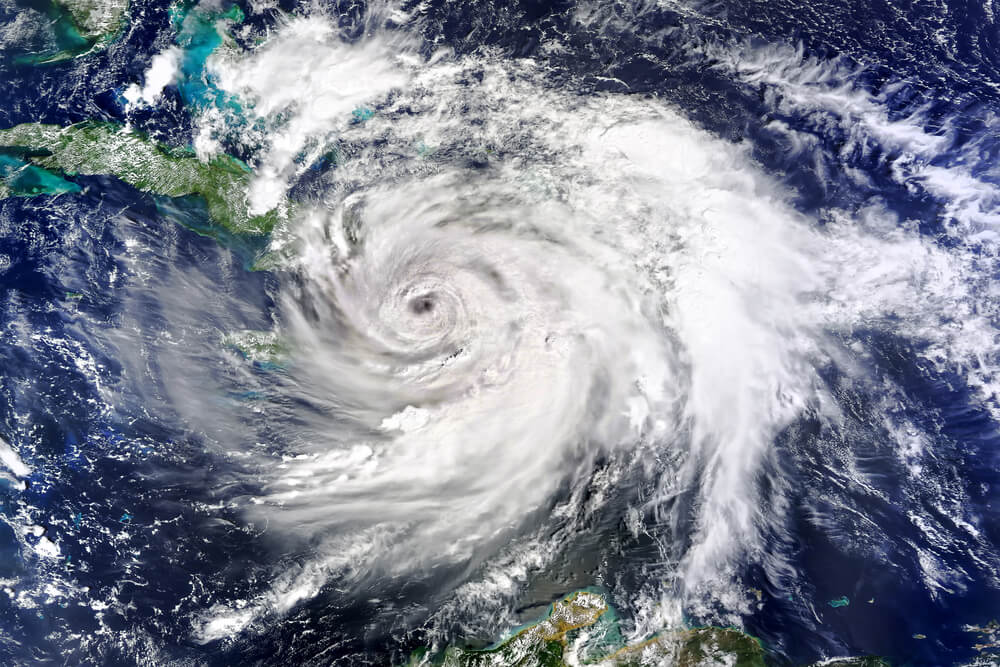 Although there was already one hurricane called Delta on November 15, 2005, this October forecasters observe the earliest occurrence in a calendar year that the name is used. The Delta went from a tropical depression to a Category 4 hurricane about a day and a half ago, with maximum wind speeds reaching 85 mph (136 km / h) in 24 hours from Monday to Tuesday (October 5 and 6). This is the fastest increase in sustained wind speed in a single day during a storm this year.

Delta is the second strongest storm of the year in the Atlantic Basin after Hurricane Laura, which reached 150 mph (141) in the Gulf of Mexico. And when the Delta turned into a Category 4 hurricane with a wind of 145 mph (233 km / h), the hurricane established itself as the most severe storm in history with the name from the Greek alphabet.

Once the Delta hits the Gulf Coast, it will be the 10th named storm to hit the continent this year in the mainland United States - the most in just one year (since 1916, when there were nine hurricanes).

Notably, the Delta will be the fifth (most since 2005 after Hannah, Isayas, Laura and Sullishtorm) hurricane force to hit land in the United States this year. Louisiana is taking the brunt. And if Delta does land, as experts predict, it will be the fourth named storm to hit land in the state in 2020 (Louisiana's record for the most in a single season).

October hurricanes are not uncommon

There have been 25 named hurricanes so far this season. The full season average is 12. And before the National Oceanic and Atmospheric Administration updated its forecast from 19 to 25 named storms in August in August, it never forecast up to 2020 storms per season.

On average, about 2 named storms are formed per season in October and 1 in November. But this year the picture is different. The season was predicted to be very active for several months, and every named storm this season except three (Arthur, Bertha and Dolly) has set its own record for the earliest named storm ever recorded.

The ideal conditions for a storm in October are usually found in the northwestern Caribbean. From there, storms head north towards the Gulf of Mexico or northeast along the east coast of the United States.

“Tropical cyclones need favorable conditions for formation, namely mild wind shear and warm waters,” said CNN meteorologist Michael Guy. “As we move into winter, these opportunities diminish significantly. However, in the southern latitudes, namely in the western part of the Caribbean, there are still areas that have all the necessary ingredients for the rapid development of these storms. ”

On the subject: Busiest Month: Dangerous Hurricanes May Hit the US in October

The water in this region is very warm at two levels: both at depth and at the surface.

"The delta passes through the highest ocean heat point in the Atlantic, which is in the northwestern Caribbean," Guy explained. "According to NOAA, the values ​​are three to four times higher than those required to significantly increase hurricane intensity."

This significant increase in intensity has already happened because the ingredients are brought together.

“It's like baking a cake: you have to have all the ingredients you need,” Guy said. - In the case of the tropical system, these ingredients are dynamic and thermodynamic, which means wind and warmth. However, just because you have the right ingredients doesn't mean your cake / storm will always look perfect. You also need the right conditions for them to develop properly. Otherwise, your cake won't look like good baked goods or taste good. ”

This was the case before. In fact, the region is a hot spot for the rapid intensification of major hurricanes in October, including hurricanes Michael in 2018, Wilma in 2005, Iris in 2001, and Roxanne in 1995. All four names were removed from the list for later use because the storms were so deadly or costly that their future use would be “inappropriate for obvious reasons,” according to the National Hurricane Center.

Towards the season record

Atlantic hurricane season does not always end on November 30, storms continue in some years beyond that. There are still eight weeks left, and the total number of storms is approaching the 2005 record when there were 28 of them.

The season is already judged to be above average according to the Accumulated Cyclone Energy (ACE) indicator, which measures tropical cyclone activity based on named storms, as well as their duration and intensity. Until October 6, the ACE is usually around 87; this year it has already reached 113.

Where is Delta now

On Thursday morning, October 8, Coastal Flood and Tropical Storm Alert goes into effect across the United States from the San Luis Pass east to the Sabin River. Winds of 36 mph (39 km / h) and higher are possible in the area for the next 62 hours.

The storm surge is expected along the US coastline, including Galveston and the Bolivar Peninsula, at a height of 1-3 feet. There is more confidence that the Delta will collapse on land in southwest Louisiana towards the evening of Friday, October 9, writes ABC13.

For now, Delta remains a Category 2 storm moving through the southern part of the bay. It is expected to turn into a violent hurricane before reaching the US coast. The delta has already made landfall along the northeastern coast of the Yucatan Peninsula. An observation post near Cancun reported a maximum wind speed of 84 mph (135 km / h) with gusts of up to 106 mph (170 km / h).