On September 18, another group of Americans and green card holders flew from Kabul to Qatar. Information about this appeared on Department of State website USA. Although the official evacuation from Afghanistan ended on August 31, there are still many people in the country who are confident that it is mortal for them to remain under the rule of the Taliban. 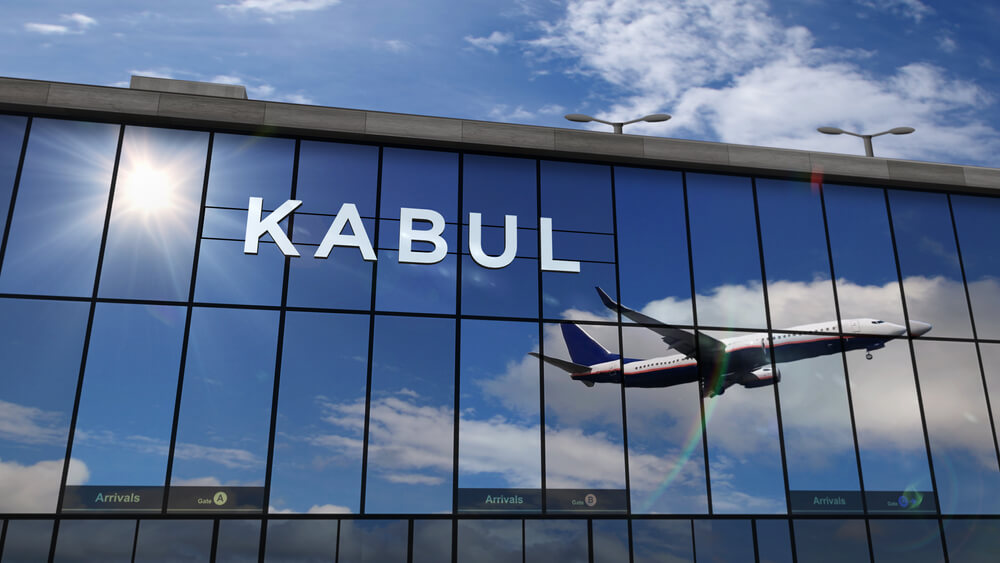 ForumDaily already told about several tragic fates of Afghans who collaborated with the American or other NATO military and were unable to get out of Kabul. Specifically a former US Army sergeant Eric told about his translator and source Alime (name changed for security reasons), which the Taliban hunted for several years ago. A couple of days after the capture of Kabul, Alim got evacuation notice and a special pass to the military-guarded perimeter of the airport, however, during the entire week, while the evacuation was carried out, he could not get on the flight. At the moment, Alim, his wife and two children are still in Afghanistan.

ForumDaily managed to contact Alim directly and find out what caused the problems with the evacuation. According to him, the bulk of the people who managed to leave Afghanistan before September were American citizens and green card holders. However, the problem, in his opinion, was that people who had already received the right to permanent residence in the United States or an American passport had the opportunity to take out not only their family, but also strangers, including for money.

«I myself witnessed how one person who already has US citizenship took about 10 families to the airport, and all of them were evacuated", - says Alim.

Another criterion for evacuation, according to the Afghan, was the financial issue: getting to Kabul airport cost at least $ 6 per person.

«As a result, most of the participants in the SIV (Special Immigration Visa for Afghans - FD) program were left behind. At the same time, the American military evacuated, for example, shop owners who had not worked for a day with American or any other NGOs. At the same time, from our group of 75 people who are at various stages of obtaining an immigrant visa, only seven were evacuated.", - complains Alim.

American veteran Eric also confirms that now that departure from Kabul is only possible on charter flights, evacuation is becoming largely a financial issue.

«We are now trying to get Alim and his family out through Qatar, but there is a catch. The Taliban are preventing Afghan citizens from withdrawing more than $ 200 a month from Afghan bank accounts. Thus, people cannot buy tickets to Qatar themselves, nor can they withdraw their money to start life in a new place. In a word, now everything depends on finances."He explains.

In the meantime, a number of former US military, special operations advisers, intelligence officers, and other army professionals have formed a nonprofit organization. Ark salus, translated from English and Latin meaning "Safe Ark". The main goal of "Kovcheg" is to organize the continuation of the evacuation of "friendly" Afghans on its own. Ark Salus President and Co-Founder: Former Army Helicopter Pilot and United States Intelligence Major Peter Quinn... With at least five combat missions to Afghanistan under his belt, Peter faced many tragic stories, one of which he described in his author's story "Moral Commitment".

It's about an Afghan major Habibullah Naime Bahiri, who, for formal reasons, could not obtain an immigrant visa to the United States, since he was a pilot, not a translator. However, American officers promised him this visa for a long time, without even bothering to check whether he meets the official criteria for the immigration program. Having experienced many disappointments and deceptions, the taking of his own family hostage and separation from loved ones, Bakhiri eventually died without receiving a visa. Peter did everything he could to preserve his memory, and now, on his own, is trying to help the pilot's compatriots not to repeat his fate.

«We have a moral obligation to our fellow Afghan warriors: to protect them, their wives and children, and get them out of Kabul, just as they helped us return home unharmed to our families.", - explain the founders of Ark Salus.

At the moment, the military is trying to take their Afghan allies to any safe country, including Turkey, India or Qatar and provide them with everything they need. The next step is to facilitate the resettlement of their wards to countries farther from Afghanistan, such as Chile, Brazil or Canada, and help in obtaining official refugee status there. In parallel, the veterans are trying to organize the resettlement of their former comrades-in-arms to NATO countries, using diplomatic channels. According to the founders of the project, in August alone they managed to take out about a thousand people.

«Of course, it is very important to establish precisely that the people we help are really who they say they are. Although we are a non-governmental organization, we are all former US Special Operations soldiers with a background in intelligence. We use all our resources and share with each other all the information we have in order to verify the people who turn to us for help. Not to mention the fact that the members of our organization personally know many of them", - explained one of the co-founders of Ark Salus, John, in an interview with ForumDaily.

According to him, the situation is aggravated by the behavior of the Taliban, which continues to hunt down American allies. In fear of falling under the skating rink of repression, some Afghans simply burned documents proving their connection with the Americans. As a result, they had no papers left to prove the right to evacuate. Nevertheless, John assures that the American military has preserved records with the help of which it is possible to check and identify people, and to prevent fraudsters and terrorists from traveling to the West under the guise of refugees.

«We can confirm the reliability of evacuees, both through personal experience with them and through military training logs, photographs of government documents and biometrics. At least this data is for the Department of State to check all Afghans arriving in the country."- shared John.

The United States left the Taliban military equipment worth $ 85 billion: terrorists brag about their loot

The United States freed hundreds of terrorists from prisons: many of them returned to their former lives and murders