Mosquito season has begun. Itching and blisters (often very large in children) are now common. What dangers are concealed by these insects familiar to us, which statements about them are true, and which are not, the publication found out Billboard Daily. 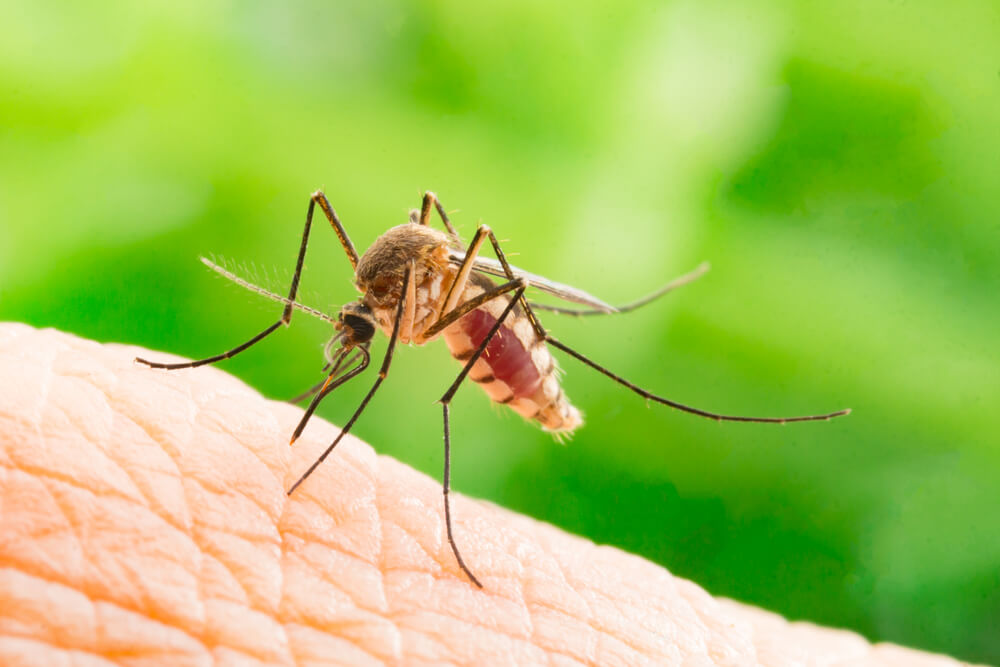 Yes it's true. The first mosquitoes appeared on Earth more than 100 a million years ago and reached 5 centimeters in length. In 2008, fossil insects were found in the Spanish province of Cantabria with dinosaur blood in their stomachs. Modern individuals are much smaller, but a million mosquitoes are enough to deprive a person of all blood. True, the mosquito itself will die soon from toxic shock. In Siberia in ancient times, there was even such a form of execution — prisoners were tied to a tree and left to be devoured by the infamy, and in Persia, the criminals were sent to the swamp mosquitoes by boat.

Fact No. 2: Mosquitoes Have a Sting

It is not true. But technically, he just bites through the skin. The proboscis of a mosquito is the jaws stretched into the gutter, behind which are hidden about 50 of small teeth and a tongue conducting saliva into the human circulatory system.

Fact No. 3: Scratching a bite is dangerous.

This fact is not clear. Scratching a bite site is not dangerous. But, if you comb before the appearance of an open wound, then you can bring an infection that threatens to infect the blood. The overwhelming desire to comb a mosquito bite causes an anticoagulant - a special substance that implants an insect so that blood does not clot.

Fact No. 4: More Above the Malaria Mosquito

It is not true. The malaria mosquito is about the same as a regular mosquito, but differs from its counterparts with an impressive mustache, dark spots on the wings and hind legs, which are much longer than the front ones, causing the mosquito to sacrifice only with a strong forward inclination of the body. An insect with long legs, from which everyone is afraid of contracting malaria, is a centipede, or a caramora, absolutely not dangerous for humans. It feeds on nectar and plants. There are more than 440 types of anopheles mosquitoes in the world.

Fact No. 5: Mosquitoes cause nervous disorders

Not true. The maximum that threatens you is extreme irritation at the fact that the insect prevents you from falling asleep. A special hatred for mosquitoes occurs in the full moon, when their activity increases by 500%. Unfortunately, it is impossible to completely destroy mosquitoes: they serve as food for birds and rodents, pollinate plants and enrich the soil. But some managed to get rid of annoying insects. For example, in Singapore there are none at all - and there they even fine those who leave water in saucers under flowers, because it attracts mosquitoes.

Not really true. Female mosquitoes need isoleucine to continue the race. This amino acid is more often found in the blood of young women, pregnant women, or athletes. The ideal target for mosquitoes: a girl with the blood of the first group. Only one drop is enough for a mosquito to give life to hundreds of individuals. Only females drink human blood. Males feed on nectar, because their jaws are not adapted for bites. In total, there are more than 3000 species of mosquitoes in the world, and they live everywhere except Antarctica.

More likely no than yes. The smell of tomato branches they really do not like, but you can avoid bites only if you sleep in the garden with young tomatoes. Smoke, contrary to popular belief, mosquitoes are also not afraid, neither cigarette nor a fire. Burning eucalyptus, orange, cedar, chamomile, anise, mint or geranium oils in the oil burner can help get rid of annoying insects. To protect against insects, vanilla oil can be applied to the skin. For some reason, she does not like her delicate fragrance, but for people it is quite pleasant - unlike the smell of most repellents.

It's true. The city mosquito was isolated in a separate subspecies after the blockade of Leningrad, where insects mutated due to specific survival conditions. Mosquitoes adapt very well to almost any conditions, and thanks to global environmental changes, they now multiply faster, not afraid of the cold and pesticides. In the world, there are more and more new types of bloodsuckers. So, in 1998, several unique colonies were found in the London Underground, and the DNA differed depending on the subway line where mosquitoes lived.

Absolutely not true. This myth is already more than 40 years old. Although high-frequency sound in 15 kilohertz does not affect mosquitoes at all, dozens of studies have proven this. But new tools do not cease to invent. In 2010, the American scientist Nathan Mirwold, head Intellectual Ventures Laboratory, presented the “Death Star” mosquito - an automatic gun with a video camera that can destroy blood suckers with an infrared laser in 33 meters. However, to get rid of the night squeak, you can choose a simpler way: for example, turn on the desk lamp so that the mosquitoes fly into its light and let you sleep peacefully.

Fact No. 10: Mosquitoes can be deadly.

It's true. Mosquitoes travel freely between continents on tourist and trade routes, and along with them travel Zika and Chikungunya viruses, malaria and dengue fever. The threat does not only concern people in Africa and Asia, as is commonly thought: according to the World Health Organization, only half of the world's population is at risk of contracting malaria. In order to draw attention to this problem, even in 2009, at the TED conference, Bill Gates released mosquitoes to the hall with the words “Not only the poor should feel this”, and now the development of the antimalarial vaccine is one of the main tasks of the Bill and Melinda Gates Foundation. Anti-Malaria and other mosquito-borne viruses are dedicated to Discovery Channel "Mosquitoes."

Traveling with children in the US and abroad: safety rules

How to protect yourself from Zika virus

Rating of fruits and vegetables in their pesticides