The adviser to the President of the United States said that if re-elected, Donald Trump will fight to limit the provision of asylum, outlaw the city of refuge, expand the ban on entry to the United States and reduce work visas. NBC News. 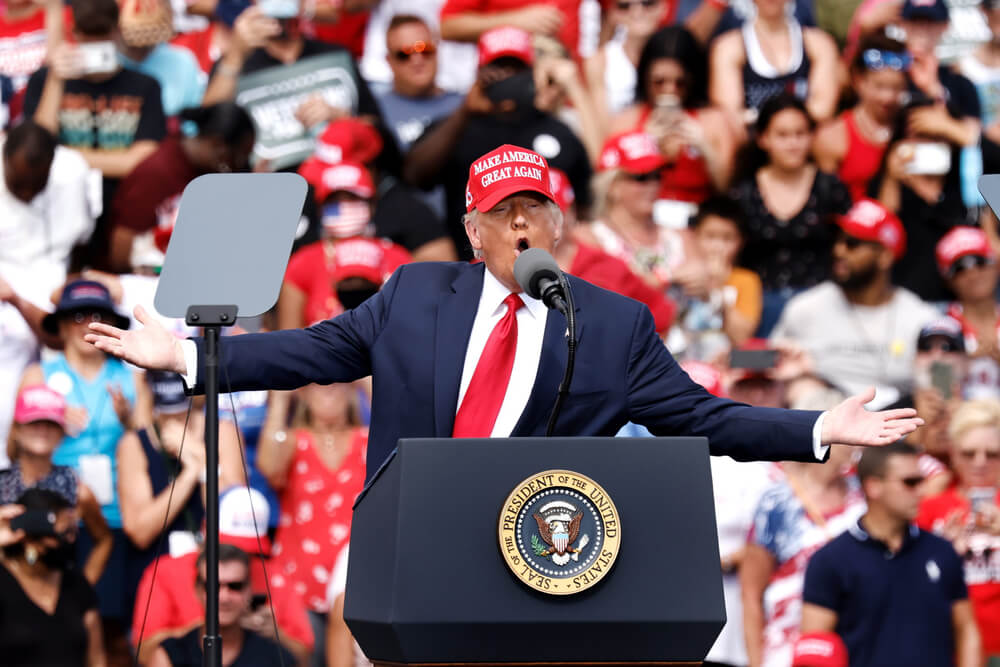 President Donald Trump's senior adviser Stephen Miller has fleshed out plans to strengthen Trump's restrictive immigration program if he is re-elected in the November 3 elections, in stark contrast to the platform of Democratic candidate Joe Biden.

According to him, the goal of the Trump program is to "raise and improve the standards for entry" into the United States.

Some plans will require legislative changes. Others can be achieved through executive orders of the head of state.

Miller, who plays a dual role (White House adviser and Trump re-election staffer), stressed that he only spoke of priorities for a second term as a staff member.

On the subject: How can an illegal get legal

immigration status in the USA: all ways

Miller did not confirm whether the moratorium on the issuance of new green cards and visas, which expire at the end of the year, will be lifted in the near future. He said its renewal would "entirely depend" on government analysis.

Asked if he would support the controversial "zero-tolerance" policy that has torn many families at the US border apart, Miller said the Trump administration is "100% committed to family unity" and has made sure families will be held together in immigration detention.

Under Trump, asylum permits have plummeted. Miller wants this to continue. He said the Trump administration for a second term will seek to expand burden-sharing agreements with Honduras, Guatemala and El Salvador that block paths to the United States for asylum seekers.

“The President would like to expand this provision to include the rest of the world,” Miller said. “If you have safe partners on other continents, in other countries and regions, then you will be able to share the burden of asylum seekers on a global basis.”

Punish and outlaw the city of refuge

“Another important priority is really effective punishment of cities of refuge,” said the presidential adviser.

He noted that the administration has denied some grants to refugee cities. According to him, during the second term, Trump will continue this struggle.

First, Miller said, Trump will push for a law passed by Senator Tom Tillis to punish jurisdictions that refuse to hand over arrested illegal immigrants to ICE for deportation. Secondly, Trump is ready to go even further with a law that will “outlaw this practice,” thereby obliging regional authorities to transfer migrants to the feds.

The presidential adviser advised that another priority will be "developing and expanding the framework that has been put in place with the travel ban in terms of raising standards of screening upon entry into the United States."

This includes expanded verification methods and broader exchange of information between agencies to screen those wishing to enter the country. The US is already looking for links to terrorism and extremist groups. Miller wants to go further - testing the "ideological sympathies or inclination" of visa applicants to gauge their potential recruitment propensity by radicals.

This can include changing the interview process, adding interviews, or talking to people close to the candidates about their beliefs.

“This will be the top priority,” he said. “And it will require the efforts of the entire government. A geo needs to create a very elaborate and very complex verification mechanism. "

On the subject: Taxes, immigration, Russia and Ukraine: what Trump and Biden discussed in the final debate

Miller said that if elected for a second term, the Trump administration will continue to cut programs for invited workers on H-1B visas, including by eliminating the work visa lottery system when applications exceed the annual quota. The priority will be those to whom the employer offers the highest wages.

He said Trump will stick to a plan to implement a merit-rating system for issuing US visas, aimed at admitting only those who "can make the greatest contribution to job creation and economic opportunity."

What did Biden's headquarters say?

Biden's headquarters spokeswoman Jen Molina said that if elected, Biden will restore DACA, and in the first 100 days of his presidency, will promulgate a law on the path to citizenship for illegal immigrants. In addition, the former vice president promises to protect borders in a “humane manner” and to end the “shameful practice of family separation”.

Insurers will disclose the cost of medical services to clients: Trump introduced a new rule

The Trump-Biden race could end with the presidency of Nancy Pelosi: how is it possible

How Olga Galkina from Perm created many problems for Trump