In March, Russia cut investment in US government bonds by three times — from $ 12,58 billion to $ 3,8 billion. This is less than one percent of international reserves. Other central banks of the world are getting rid of US treasury bonds. Writes about this RIA News". 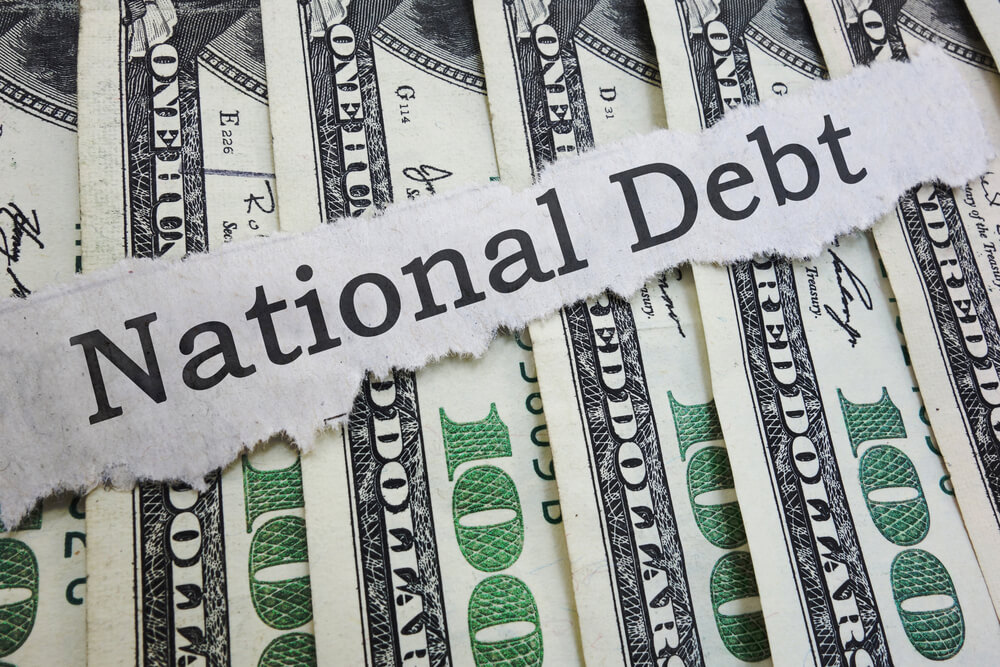 Of the remaining US government bonds in Russia, according to the US Treasury Department, $ 3,3 billion falls on long-term securities, $ 473 million - on short-term ones.

As noted in Washington, this is the first significant reduction in Russian investment in the US government debt in recent months. Two years ago, the Central Bank sold almost the entire portfolio of Treasuries, fearing they would be frozen under sanctions.

In 2010-2013, Russian investments in US debt exceeded $ 170 billion. Moscow was one of the largest holders of treasuries. But after Washington imposed sanctions in April 2014, they began to get rid of these papers.

In 2018, the Central Bank arranged a large-scale sale, reducing the portfolio of US treasury bonds immediately by half. The share of US securities in international reserves was minimized. The Central Bank transferred the released funds to gold, as well as the euro and the yuan.

On the subject: How the dollar has withstood the gigantic public debt and US budget deficit for decades

According to the World Gold Council (WGC), the volume of precious metal on the balance of the central banks of the world over the past year increased by 651 tons. This is the maximum since 1971, when the States abandoned the gold standard. The largest buyer of precious metals in 2019 was Russia - 20% of all acquisitions to state reserves. The Central Bank has increased reserves of monetary gold by 159 tons - up to 2270,56 tons (73 million ounces).

Not only Russia is getting rid of American debt. According to statistics from the United States Department of the Treasury, in March the flight of foreign investors, both private and public, was unprecedented.

Over a month, foreign treasury holders dropped them by $ 256 billion, reducing the total portfolio to $ 6,81 trillion.

Of the 33 countries - the largest lenders to the US economy - only Japan (3,4 billion), Switzerland (1,3), Taiwan (4,1), the Philippines (1,3) and Australia (1,8) increased investments. The central banks of developing countries were actively selling US treasury bonds - it took them dollars to support the falling national currencies amid the coronavirus crisis.

Since the beginning of March, the Bank of Russia has also sold $ 6,6 billion on the Moscow Exchange to compensate for the shortfall in oil and gas budget revenues and the decline in Urals quotes. According to statistics, the Central Bank first got rid of short-term US bonds: investments in them fell by more than 17 times.

The largest seller was Saudi Arabia - the kingdom got rid of treasuries for $ 25,3 billion. In Brazil and India, indicators are slightly less - 21,5 and 21 billion, respectively.

This does not bode well for Washington, as the one and a half trillion US budget deficit is covered mainly by the sale of government bonds. Sales of US debt were record and unexpected, analysts say. In previous crises, for example, in 2008, the demand for treasuries, on the contrary, grew.

On the subject: Research: the real size of the US public debt may be several times higher than the declared

“Is the Bank of Russia ready for the albeit unlikely, but possible scenario of freezing investments of a number of countries in American bonds and, accordingly, a strong blow to the status of the dollar as a reserve currency? Definitely yes. In this case, the only safe-haven asset will be gold, ”notes Alexander Razuvaev, head of the IAC Alpari.

To cope with the outflow of foreign investors and cover the budget deficit, the Federal Reserve has already turned on the printing press at full capacity: the regulator announced the purchase of securities in an unlimited volume, increasing its balance by $ 2,9 trillion in just two months.

It is still unclear how a massive injection of money into the economy will affect the US currency. For anti-crisis measures, the Federal Reserve prints unsecured dollars and gives them away without receiving any valuable assets, but only increasing its liabilities. The Fed’s balance sheet rose to $ 6,42 trillion — almost 30% of pre-crisis US GDP.

According to the calculations of the largest banks, in 2020 the US budget deficit will reach four trillion, the highest since World War II. And the balance of the Federal Reserve by the end of the coronavirus crisis, according to analysts, will swell to ten trillion. Since all these funds, in fact, are the result of the printing press, investors will turn their backs on unsecured currencies.

US national debt reaches $ 23,4 trillion: what it consists of

Government Trump spending may break records for all previous presidents