Home Incidents Nurse from California staged a terrible accident: she faces up to 90 years in prison

ICU nurse Nicole L. Linton of Texas, 37, faces 90 years in prison after she killed a pregnant woman, her unborn child, her one-year-old son and four others in a horrific accident in Los Angeles , reports Dailymail. 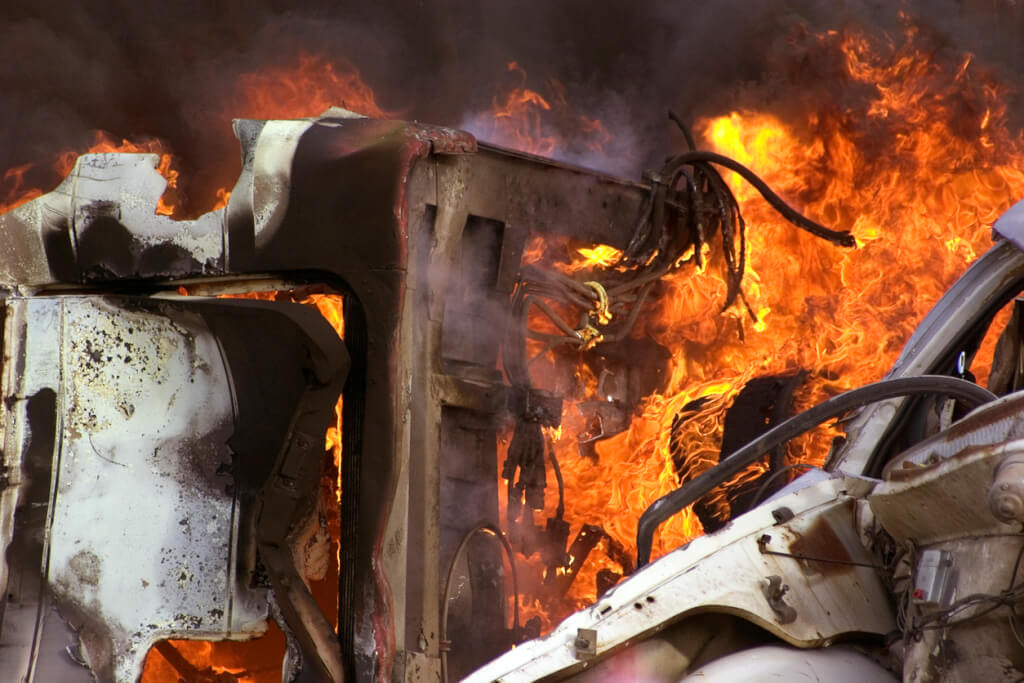 The culprit of the accident was charged with six counts of murder and five counts of manslaughter.

Nicole L. Linton was indicted on August 8. She wept in court over the August 5 accident, which killed six people and injured eight. If found guilty on the charges, she could face up to 90 years in prison.

Police said Linton crashed her car into five other vehicles while traveling at 160 mph at an intersection in Windsor Hills.

Los Angeles District Attorney George Gascon said during an Aug. 8 press conference that there was no evidence that Linton was intoxicated at the time of the accident.

She was released from the hospital on August 9 and is currently being held at the Century Regional Detention Center in Lynnwood, California on $9 million bail.

On the subject: A woman and her daughter were left without legs after an explosion in Ukraine: how prosthetists from California return the ability to walk to the family

Gascon said Linton was traveling at least 150 kilometers an hour when she sped through traffic lights and crashed into vehicles at the busy intersection of La Brea and Slauson Avenues.

Asheri Ryan, 23, eight months pregnant, died at the scene along with her one-year-old child, Alonso Luciano Quintero, and her unborn child following a horrific accident.

The unborn child's father, Reynold Lester, also died in the accident after the car was torn in half, family members confirmed. Ashery, Reynold and little Alonzo were on their way to a doctor's appointment for a pregnancy test when Linton crashed into the car they were in.

“A young family was destroyed in the blink of an eye,” Gascon said on August 8. “Irreparable damage has been done to the families and friends of the dead and wounded.”

“This is a huge loss not only for their families, but also for our entire community, who learned about this terrible tragedy and watched the video of the collision that went viral,” he added.

Tabia Johnson, a witness to the crash who condemned the dangerous driving, said Linton appeared to have suffered only minor injuries, including bleeding near her head.

The ICU nurse cooperated with investigators. They did a blood test on her to see if she was under the influence of alcohol when the fatal collision occurred.

Gascon said during an August 8 press conference that "there was no evidence of alcohol consumption at this point." The woman, who identified herself as a friend of Linton's, previously told reporters she was "drunk" and "got into a fight with her boyfriend" before getting into the car and causing the accident.

The crash happened between South La Brea Avenue and Slawson Avenue on August 5 around 13:40 pm in the afternoon.

Eight victims are fighting for their lives with horrific injuries after the accident. Among the injured six teenagers, one was seriously injured.

Ashery's sister Shona, who posted on Instagram about the incident, said she was still shaken and heartbroken over the loss and denounced the driver who she said crashed into her son-in-law's car.

“She took my sister's life, my nephew, my son-in-law, she took my son's only cousin. We are deeply hurt. We have to bury four people,” she added, including the unborn child.

Alonzo's father Luis Fernando Quintero wrote online: “I have no words, it hurts too much because I never expected this, I will miss you both. I can't say goodbye or make up for lost time with you Alonzo, my heart hurts, may you all rest in peace. God has found two amazing angels." The family set up GoFundMe to help fund the funeral after the horrific ordeal.

Witness Veronica Esquival said she was refueling her car when debris suddenly flew in all directions during a horrific accident provoked by a female driver who was alone in the car. She said the child's body fell to the ground in the middle of a gas station. The workers tried to revive him.

She said: “I was about to fill up and all of a sudden I hear the sound of a collision, and then an explosion and fire, and I saw things and metal flying in the air. I hid behind a column."

One of the workers came and took the child from my arms. Someone tried to resuscitate the child, but he had already died,” she said.

Officials confirmed that Linton was alone in the car.

Another shocked witness, Alphonso Ward, who was only meters from the intersection when the tragedy struck, said the sound was "like a bomb." He said the child was "thrown off the crossroads" as was the pregnant mother who "landed on the side of the road".

The shocking footage, filmed from a gas station overlooking the scene, begins with a Mercedes speeding past the gas stations at incredible speed.

He crashes into the first car, which immediately explodes into a fireball before crashing into several others. The crash sends them all to another gas station across an intersection before they finally come to a halt, reduced to an iron crumpled burning chaos.

According to the California Highway Patrol, it all looks "like a war zone."

California Highway Patrol spokesman Franco Pepi said "at least six or seven" vehicles were involved in the accident, three of which caught fire.