Home World Personal experience: I moved from the USA to another country and I don’t miss these 9 nuances of American life one bit

In 2013, Crisis Driver moved from Portland, Oregon to Daegu, South Korea to teach English. She planned to stay for one year, but still lives here almost a decade later. How it happened, she told the publication Insider. Next - from the first person. 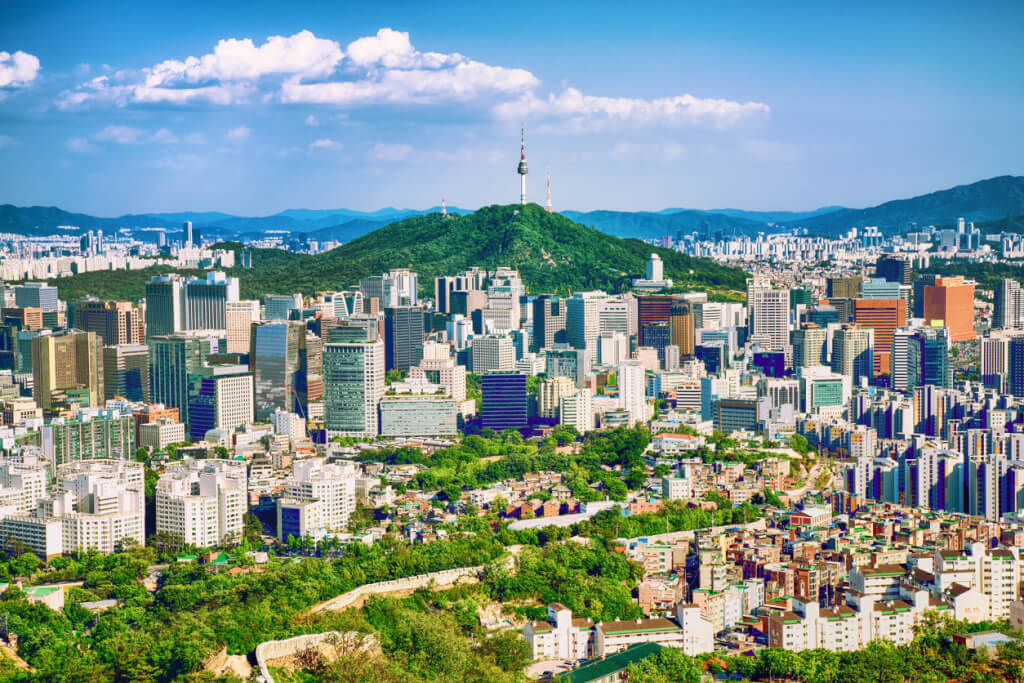 The US is my home, but Daegu has become my home away from home. I'm not only used to the local way of life, but I also prefer some aspects of it.

Here are 9 nuances of living in the USA that I don't miss.

I am never surprised by the indicated amount at the checkout.

Most US price tags do not include sales tax. I didn't like that the price tag attached to the product wasn't an accurate indication of how much I would have to pay at the checkout.

When I moved to South Korea, one of the first things I noticed was that the tax, which is usually around 10% of the total cost, is already included. So no surprises when you get to the checkout.

If you look at the receipt, you will find that the value of the goods or services you purchased is listed separately from VAT, making the transaction very transparent to customers.

Tips are optional, so you don't have to spend time counting them on your bills.

Tipping can be considered rude and offensive in South Korean culture. Some service providers interpret the extra pay as reassurance to clients that workers are not being paid enough to provide for themselves and their families.

There is a large US military presence in South Korea, and many Americans have brought their habit of tipping with them abroad. As a result, I have seen this gesture become more acceptable and commonplace, but it is not mandatory, as it is in the US.

I always thank the waiters, drivers and hairdressers for the excellent service

When I dined in the US, I was annoyed by waiters who interrupted conversations at my table at the wrong time, or worse, didn't check at all if we needed anything.

On the subject: US Secret Service employees almost provoked a diplomatic scandal in South Korea: they were sent home

Here the waiters don't come to your table to check if everything is in order. Instead, each table has an electronic bell that diners can ring to get the waiters' attention.

If the restaurant doesn't have a bell system, diners go to the nearest staff member: "Jogiyo" (the Korean word for "sorry").

At first, this custom seemed awkward and rude. But when I got used to it, I think it's better than in the USA.

Do not rely on a car, but make the most of the public transport system

Many residents of large American cities use public transport daily. However, I grew up in the suburbs before moving to Denver and Portland, so I relied on my own car the entire time I lived in the US.

When she moved to South Korea, she was happy to find an extensive and well-maintained public transportation network. Since I had such a positive experience of traveling on the high speed train, metro and regional buses, I don't miss driving at all.

In addition, these modes of transport are very affordable. A one-way ticket for a three-hour trip from Seoul to Busan costs about $45. A plane ticket on the same route will cost at least twice as much. The flight will take the same amount of time, if not more.

South Korea has universal health insurance. Wait times at pharmacies and doctors' offices are usually short, and my appointments usually cost less than $10. Going to the hospital requires a larger bill, but it's still affordable compared to what I used to pay for similar services in the US.

My favorite thing about the healthcare system here is that I can get replacement contact lenses without insurance or a special prescription. It's entirely possible to walk into a store that sells contact lenses, show them an empty box from my last set, and walk away with a new supply. And they are cheaper than in the States.

To get a prescription in the US, I had to visit an optometrist every year for an eye exam. The checkups were good for my general health, but the frequency of visits seemed excessive.

Thanks to the vision insurance, I can get a six-month supply of contact lenses. If I ran out of lenses early, I would sometimes wear my contact lenses longer than recommended to avoid having to pay for expensive new ones out of my pocket.

I really prefer the healthcare system in South Korea.

South Korea has one of the lowest crime rates in the world and I feel safer here than in the US. Although I am always aware of my surroundings (after all, no city is completely safe), I feel much more comfortable here than I expected.

I often leave my laptop, purse and wallet unattended when I go to the toilet in a cafe. No one has ever stolen anything from me. And if I left my things there long enough, I'm sure someone would turn them in to the lost and found office.

I also never worry about going out alone at night, and often go for a run after 22:00 pm with headphones on. It helps that there are security cameras everywhere, but I would still feel safe even if there weren't any.

National and local elections in South Korea ended in an instant.

Presidential candidates for the election campaign have a small window, not exceeding 23 days. This is a big difference from the US, a country with no laws to limit the duration of a campaign. Some campaigns are designed for several years.

With campaigns in South Korea lasting less than a month, there seems to be less drama and escalation on Election Day.

Campaign tactics here are rather modest compared to the efforts in the US. For example, in South Korea, I saw candidates driving around in the back of a truck singing their campaign song.

South Korea is very well connected, with more 4G, 5G and fixed broadband connections than any other country in the world.

People can connect to passwordless Wi-Fi networks in most public places, including buses, trains, and restaurants, and the connection is usually very reliable.

When I travel outside of South Korea, I am often overwhelmed by low internet speeds and intermittent Wi-Fi.

I thought I would miss the dryer at home, but drying on a hanger saved my wardrobe

Having a built-in dryer is not as common in South Korea as it is in the US. Here they are more expensive and not as effective.

When I first came to Daegu, I was nervous about drying my socks, towels, and sheets. But I was amazed to find that all of my clothes lasted longer thanks to a more gentle drying method.

Even though a laundromat opened near my house a few years ago, I still dry my clothes on a hanger and I'm convinced that this is the best way to take care of them. However, I drag my sheets and towels to the laundry.