Home Our people Personal experience: not everyone is allowed to save people drowning in the USA

Many have seen the series "Rescuers Malibu". It shows the life and work of lifeguards at Malibu Beach in California. In the film, pumped up beautiful rescuers always save everyone. But this is a movie. And what is the reality, the author said blog "How Wrong to Live in the USA" on Yandex.Zen. 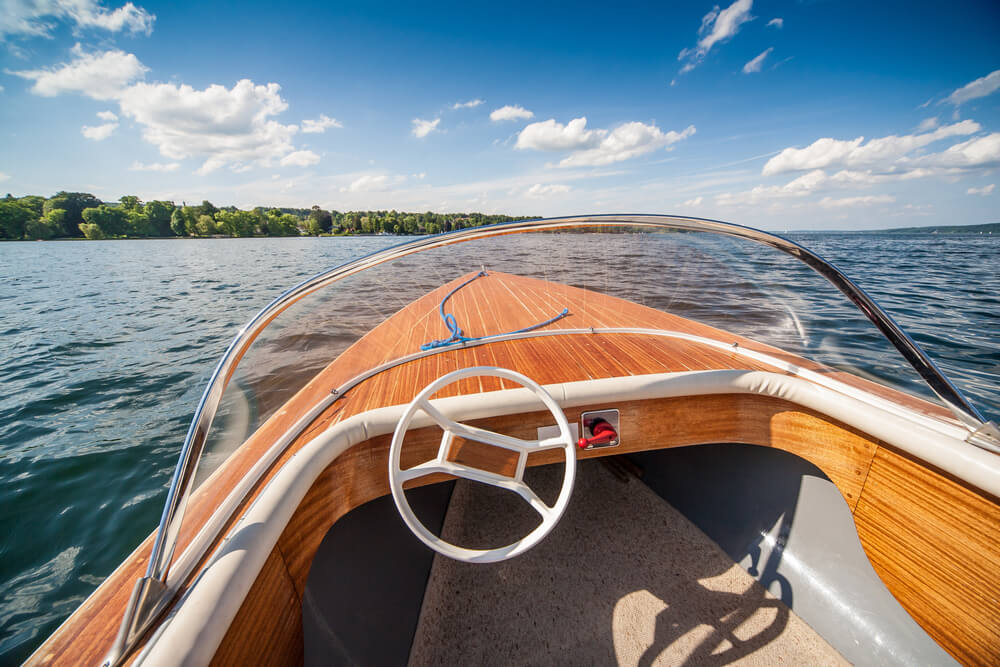 This story happened in California with my best friend in August. He has a birthday at this time. And it so happened that since the late 90s he celebrates it on Lake Nasimiento. As a rule, we came there for 2-3 days.

The celebration program changed from year to year, with the exception of alcohol and kebabs or barbecues. The number of guests each year was also different. This is understandable - it is quite far from populated areas. The lake itself is surrounded by hills in the lowlands. There is almost never a wind there, and the temperature during the day averages 30-35 ° C.

For me, this is the perfect place to stay. There are practically no people there. But civilization is surprisingly combined with virgin nature. The lake itself is relatively small. Compared to Baikal, Ladoga, Seliger and other Russian lakes. There is no full beach with sand and sun loungers.

There is a certain social center from civilization: a pharmacy shop, a toilet, showers, rent of all kinds of toys for fun on the water, rent of boats of different power and speed. By the way, a fun fact: to rent a boat you only need a regular driver's license. There is a petrol station for boats. The price of gasoline there is about 2,5-3 times higher than in the state as a whole.

A ranger, or a forester in our opinion, keeps order on the lake and in its vicinity. This is a separate law enforcement branch in the United States. It has a uniform like policemen (only the chevrons are different), weapons and all police rights. In addition, he also performs the function of a forester. He has an SUV, depending on the terrain - an ATV, and on this particular lake - also a patrol boat.

On the subject: Which US states should Russian-speaking immigrants not move to

The lifeguard on this lake was listed only by title. His main job was renting boats.

There is also a camping site. You set up your tents and live. Tables, water, electricity are included in the purely symbolic cost. If my memory serves me, about $ 20 per day per seat.

But behind this center of civilization -wildlife at its best. There even bears (smaller than ours, but still) and cougars roam, in the USA they are called mountain lions. Warning signs are posted everywhere about this. People usually take weapons with them for self-defense. Once a wild boar with boars even came to our barbecue.

On this particular birthday, my friend's sister made him a royal gift - a chic, powerful and rather expensive brand new boat. She brought it directly to this lake - to give and test it.

Since the friend's birthday fell on weekdays, there were few people on this lake. So no one bothered to celebrate. Even cougars and bears were imbued with respect for this event and also did not come. Moreover, the drunken people strove to boast of the destructive power of their weapons - on cans and bottles.

At some point, they decided to go on a boat across the water. Some time ago, my friend fell in love with the song “I will kill you, boatman”. As you may have guessed, this boat had an excellent sound system. And over the water surface, every other time this song sounded with all the power of the speakers.

On the subject: 15 significant disadvantages of living in the United States, according to a Russian-speaking immigrant

During the next trip my friend was drunk and fell overboard at speed with a bottle of some alcohol. The detachment did not notice the disappearance of the soldier and the boat rushed off into the distance without him. It was getting dark. It was getting dark. The sun hid behind the hills. A friend was wearing a good-quality life jacket, and he perceived the fact of his loneliness as Eeyore's donkey - very philosophically: now his loss will be discovered and they will come to rescue him.

The guests were less philosophical and stubbornly refused to return for him. My friend tried to call them, but to no avail - the boat was out of sight. But the bottle of alcohol was almost full and he did not let go of it when he fell overboard.

When the bottle was already noticeably empty, a ranger on his boat crept up to my friend and shocked him with a question: "What are you doing here?"

During the conversation, my friend grabbed the ranger's boat with his hand. He ordered him to remove his hands "from state property", because it is illegal to touch this property with his hands. A friend asked: “And you won't save me?”, To which he received the answer that “this is the job of a rescuer”.

“The lifeguard is not at the workplace,” the ranger informed a little later, having previously tried to call him on the radio.

The friend felt chilly and tried to climb onto the ranger's boat on his own. He opposed this attempt and threatened with arrest.

Soon a boat presented to him appeared on the horizon. There was my friend's sister. He was rescued, the ranger did not help, but did not interfere. I did not speak about the arrest any more.

Catching a Dream: Life in the USA through the Eyes of a Russian Woman Who Dreamed of Emigration from Childhood

Which US states should Russian-speaking immigrants not move to

Personal experience of an immigrant: why Americans are easily deceived