Home culture Cultural activities during quarantine: how to visit the best museums and theaters without leaving your home

Cultural activities during quarantine: how to visit the best museums and theaters without leaving your home

In order not to be bored at home during the forced quarantine, pay attention to online offers from world famous museums, galleries, theaters and other cultural institutions - thanks to modern technology, you can spend two weeks with benefits not only for health, but also for the soul. In addition, this is a good reason to engage in self-education. Travel + Leasure. 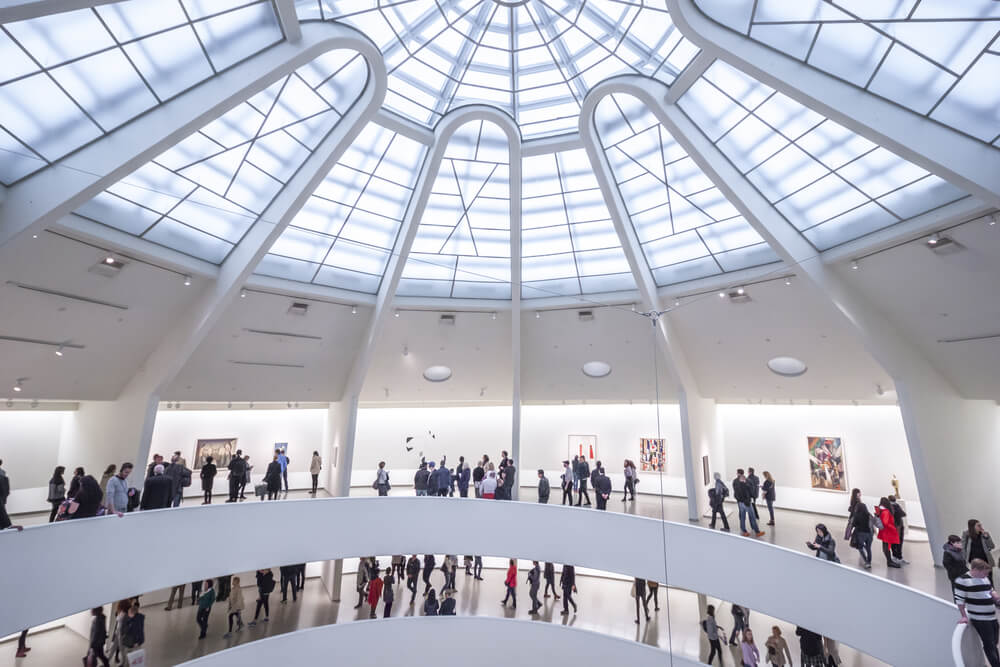 Top 12 museums - from London to Seoul

Google Arts & Culture has teamed up with over 2500 museums and galleries around the world to provide everyone with virtual tours and online exhibits of some of the most famous museums in the world.

Now you can "go to the museum" without getting up from your own sofa.

The Google Arts & Culture collection includes exhibits from the British Museum in London, the Van Gogh Museum in Amsterdam, the Guggenheim Museum in New York, and literally hundreds of other places where you can learn about art, history and science. This collection is especially useful for students looking for ways to study while in quarantine.

Here are some of the best Google museums that offer online tours and exhibits. And if culture is not enough for you, the Metropolitan Opera in New York will offer free digital shows every night at 19:30 from March 16 to 22.

This iconic museum, located in the heart of London, allows virtual visitors to explore Queen Elizabeth II’s Great Courtyard and discover the ancient Rosetta Stone and Egyptian mummies. You can also find hundreds of artifacts in museum virtual tour.

Function Google Street View allows visitors to explore the famous Guggenheim spiral staircase without leaving home. There you can find incredible works of art from the era of the Impressionists, post-Impressionists, modern and modern times.

This famous American art museum presents two online exhibitions on Google. The first is an exhibition of American fashion from 1740 to 1895, which presents, among other things, many models of clothing from the era of colonialism and revolution. The second is a collection of works by the Dutch baroque artist Johann Vermeer.

You can take a virtual walk in this popular gallery, where dozens of famous works by French artists are stored who worked and lived between 1848 and 1914. Get acquainted with the works of Monet, Cezanne, Gauguin and others.

One of the popular Korean museums can be accessed from anywhere in the world. Virtual tour Google guides you through six floors of Contemporary Art from Korea and around the world.

As one of the largest museums in Germany, the Pergamon Museum has a lot to offereven if you cannot physically be there. This history museum is home to many ancient artifacts, including the Babylonian Ishtar Gate and, of course, the Pergamon Altar.

Explore the masterpieces of the Dutch golden age, including the work of Vermeer and Rembrandt. Google offers a tour of this famous museum on Street View, so it seems that you really wander through its halls.

Any fan of this brilliant artist can see his work nearby (or almost near) by visiting this museum virtually - here you will find the largest collection of works by Vincent van Gogh, including over 200 paintings, 500 drawings and over 750 personal letters.

In this California art museum, you can find European works of art until the VIII century. Commit Street View tourto discover a huge collection of paintings, drawings, sculptures, manuscripts and photographs.

This lesser known gallery houses a collection of works of art by the Medici, one of Italy's most famous families. The building was designed by Giorgio Vasari in 1560 especially for Cosimo and Medici, but anyone can take a walk through its halls from anywhere in the world.

The São Paulo Museum of Art is the non-profit and first modern museum in Brazil. Works of art placed in transparent plexiglass frames give the impression of floating in the air. Commit virtual tourto experience this amazing effect.

This museum, built in 1964, is dedicated to archeology and the history of Mexico's pre-Hispanic heritage. There is 23 showroomsfilled with ancient artifacts, including some of the Mayan civilization.

Unfortunately, not all popular art museums and galleries can be included in the Google Arts & Culture collection, but some museums do make a commitment to offer online visits. To see more visit Web site collection. Google also has thousands Museum Street View.

Currently, the Paris Museum is closed until further notice, but offers virtual tours in a special section Site. Here are videos that tell about various exhibitions of the museum, about individual exhibits and discoveries.

You can take a virtual tour of the Hermitage in the project "Hermitage. Shot on the iPhone » - 45 halls and 600 works of art by the State Hermitage were shot in one shot on a single charge of the iPhone 11 Pro Max. The film lasts 5 hours 19 minutes, more about it can be read here.

The capital's museum offers virtual tours of current exhibitions, and the gallery’s website also has a large archive of past exhibitions and special projects. The section for those who, for various reasons, cannot leave the house, but wants to join the fine art, contains text, audio and video materials, as well as reproductions. Virtual walks in the Tretyakov Gallery can be made here.

The best online broadcasts of performances

Cultural institutions are massively closed, restrictions on attendance and quarantine are introduced. So that people do not feel divorced from life and the world, in particular, from the world of art, many theaters switch to online broadcasting.

STATSOPER.TV The 2019/2020 season offers six live broadcasts, as well as the opportunity to watch and listen to the theater's repertoire for 30 days.

Three new productions are available online: The Snow Queen by Hans Abrahamsen, The Judith by Bela Bartok directed by Katie Mitchell and the world premiere of Marina Abramovich's 7 Deaths of Maria Callas. Broadcasts will be accompanied by live broadcasts: BR-KLASSIK host Maximilian Mayer will meet interesting people before the performance and during intermissions to tell more about the production.

In parallel with the Internet, broadcasts will also be traditionally available on the air at Bayerische Staatsoper, as well as at BR-KLASSIK Concert.

The Berlin Opera canceled all performances from March 11 and closed its doors until April 19. You can watch online broadcasts of performances of the Berlin Opera on the channel rbb24, the first - “Carmen” by Georges Bizet was held on March 12, the further broadcast schedule will be updated in real time.

On the subject: Coronavirus quarantine: how to usefully spend two weeks at home

The main metropolitan theater continues its work as usual: on March 29, you can see the ballet “Romeo and Juliet” directed by Alexei Ratmansky, and on April 19 the ballet “Jewels”, choreographed by George Balanchine to music by Gabriel Fore, Igor Stravinsky and Pyotr Tchaikovsky . Those who are forced to stay at home will be able to watch the broadcast of ballets on the site Bolshoi Theater.

Media broadcast The Mariinsky Theater offers viewers who are unable to leave their homes to enjoy productions through online broadcasts.

The Philharmonic has been conducting live broadcasts of concerts for a long time, opening a wide audience a window into the world of classical music, but now this aspect is gaining maximum relevance. Broadcasts take place on the site philharmonicas well as in the official group in VC.

In addition, once a week, the St. Petersburg Philharmonic will broadcast its best concerts at YouTube. The broadcast will be arranged as an interactive trip to the hall - shooting on five cameras from different plans, professional sound recording, and during the interval - an interview with one of the musicians or a mini-lecture of a musicologist.

Haunted Houses, Nobel Laureates, and the Statue of Liberty: A Journey Through New Jersey