When you travel by plane, your main goal is to get to your destination as soon as possible and feel comfortable enough in the process. But if you look around, you may notice a few features of the aircraft that you didn't even know existed. Edition Reader's Digest found out where the special elements of the aircraft are hidden and for what purpose they serve. 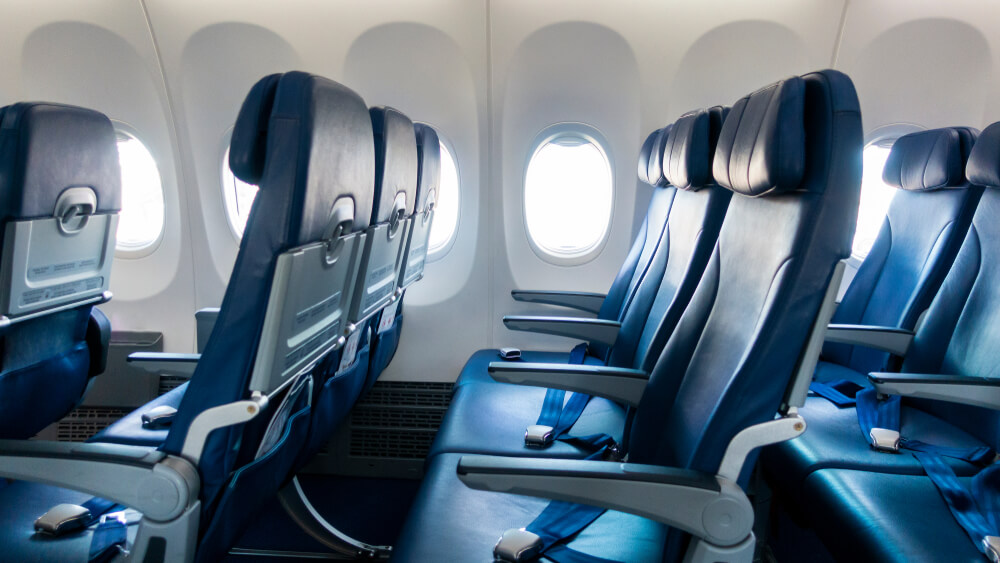 Were you able to get an aisle seat? Not only can you stand up without obstacles, but you can also make your seat more spacious at the push of a button thanks to one of the coolest secret aircraft features. Under the armrest closest to the aisle, feel near the hinge - there you will find a button that will instantly allow you to raise the armrest when you press it. As soon as he is in line with the back of your seat, he will no longer bump into your side, and you can move your legs without hitting anything.

We bet you hate it when people constantly grab onto your seat on their way to the bathroom. However, once it's your turn to walk down the aisle, you realize you have no choice but to follow suit - or do you? Flight attendants don't just touch the ceiling while flying, the bottom of the top compartment has a serrated surface for better traction when walking on a moving plane. The next time you need to stand up, just raise your hand and walk calmly.

A long-haul flight is hard enough for passengers, but imagine that you are a pilot or flight attendant trying to get through a 14-hour workday. It's a back-breaking job, which is why some planes, like the Boeing 777 and 787, have secret passageways that allow staff to take a nap. A locked door in the nose of the aircraft or a door with a picture of a luggage rack hides the entrance to the location of the beds, covered with thick curtains.

On the subject: Why Airplane Seats Are So Uncomfortable and How a Passenger Can Make the Flight Comfortable

If you look out the window at an Airbus wing, you will see yellow bulges with holes in the middle on a smooth white surface. In the event of an emergency water landing, the wings would be very slippery for passengers trying to reach the inflatable slide, which would open up. To help travelers get off without falling off, pilot and YouTuber Captain Joe says these hooks allow flight attendants to thread a rope through one hook and attach it to the next. In this way, passengers can hold on to the rope and exit the aircraft safely.

Triangle over the window

Take a close look at the sides of the aircraft cabin - above the four windows you will see small black triangles. According to Captain Joe, each of them coincides with the edge of the wing of an airliner. If flight attendants need to check an aircraft's slats or flaps (the moving parts of a wing), they know exactly where to go to get the best view. If you get seasick during a flight, you need to choose places between these triangles. The wings are the center of gravity of the airship, so sitting between them will give you the smoothest flight possible.

Look carefully at the porthole - you will notice a small hole at the bottom. Take a closer look and you will realize that, unlike other windows, this one is made of three panes of glass, and the hole is in the middle. The hole is designed to protect against pressure drops during flight. The pressure at an altitude of 10 thousand meters, at which passenger planes fly, is 3-5 times lower than what we are used to (170-250 mm Hg instead of 740-760 mm Hg). In the cockpit of an aircraft, pressure that is comfortable for a person is artificially created. At the same time, an ordinary window would hardly have withstood such different pressures from its two sides, therefore, special windows are designed in aircraft adapted to such a difference, and the hole is part of the mechanism that gives the window the ability to cope with different pressures inside and outside the aircraft.

Bathroom ashtrays aren't really hidden, but if you've seen them, you've probably wondered why airplanes still have them, particularly more modern ones. While smoking is banned on airliners, ashtrays are still a common practice. If a person decides to break the rules and smokes in the bathroom, he will throw the cigarette into the ashtray, and not into the trash can, which can lead to a fire.

If passengers behave naughty, flight attendants have the right to detain them. They may use typical police handcuffs, but most will use plastic restraints that look like zip ties.

A businessman has no days off: how to organize a truck company in the USA and not burn out at work

The first impression is deceptive: the appearance of which insects in the house is really dangerous and how to deal with them

The five best low cost airlines in the US: what are their advantages