Home Page Our people Heavy fines and jail: 11 Ukrainian women and a Russian were arrested for a photo shoot in Dubai

Heavy fines and jail: 11 Ukrainian women and a Russian were arrested for a photo shoot in Dubai

A group of people was detained in Dubai for filming a video in which naked girls stand on the balcony of one of the city's skyscrapers. There were 11 Ukrainian women among the detainees. About it BBC News Ukraine reported at the Foreign Ministry. The Consulate General of Russia reported that there are no Russian women among the girls, but the organizer of the shooting is a citizen of the Russian Federation. 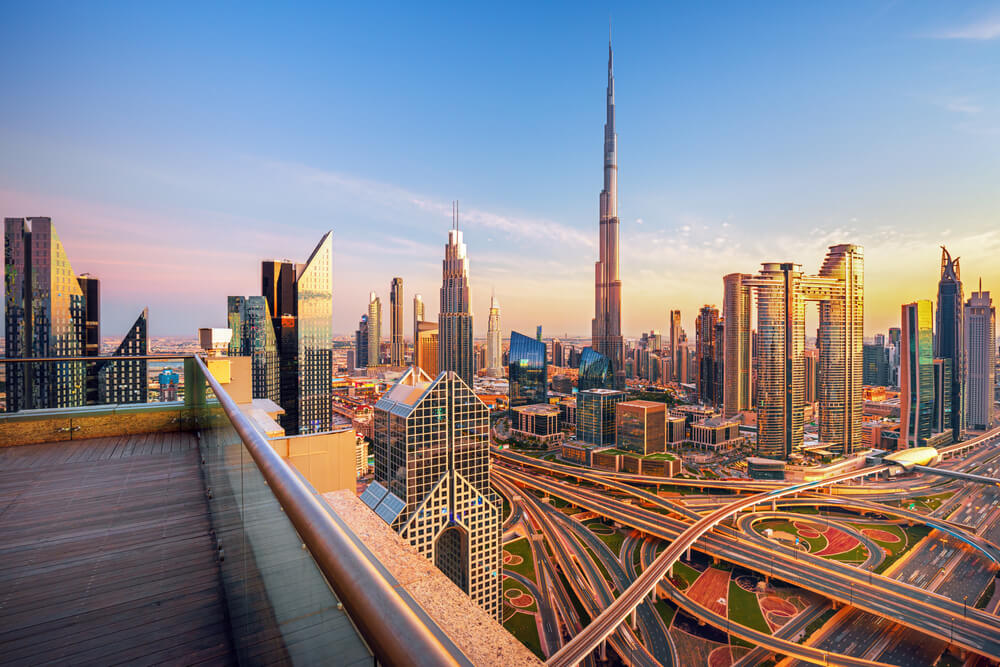 “On April 3, Dubai police detained a group of people for violating public morality. According to preliminary information, there are eleven Ukrainian citizens among the detainees, ”the Foreign Ministry said.

They added that the Ukrainian consulate in Dubai is working with local law enforcement agencies to ensure that the rights of Ukrainian women are respected and to clarify all the circumstances of this case.

On April 6, the Ukrainian consul is to visit the detainees. They face severe punishment, perhaps even imprisonment.

The Consulate General of Russia first reported that among the detained naked girls there were also eight Russian women,

“Now we are waiting for full information from the Dubai police. It is preliminary known about the detention of eight citizens of the Russian Federation, including the initiator of the shooting. They turned to the Consulate General for help, but it is somewhat difficult to do this, the article is quite serious - participation in lecherous actions, ”the Consulate General told RIA Novosti.

But later it was clarified that there were no Russian women among the detained women. But the male organizer of the shooting, a citizen of Russia, was detained, writes Russian Air Service.

On the subject: 10 of spectacular tourist spots that are forbidden to photograph

According to the latest information, the total number of those arrested for a nude photo session is 12 people.

As previously reported by the source, the detained girls face up to six months in prison, and the organizer of the shooting - up to 1,5 years.

The video, which became the reason for the arrests, appeared on social networks last Saturday, April 3. In it, more than ten girls pose nude on the balcony of a high-rise building in the resort area of ​​Dubai Marina.

“The Dubai Police are warning against such behavior, which is inconsistent with the values ​​and ethics of the Emirati society,” the law enforcement agency said in a statement.

In the UAE, many laws are based on Sharia law and are very harsh. Previously, people were sent to prison for public displays of feelings. Any manifestation of intimate relationships, hugs and kisses is prohibited.

Anyone living in the UAE or visiting the UAE must adhere to the laws of that country. There are no exceptions for tourists. Tourists have been arrested several times while on holiday in Dubai for disrespecting local rules.

Sex outside of marriage is illegal in the UAE. In 2017, a British woman was sentenced to one year in prison for having sex with a man she was not married to. The relationship became known when a woman complained to authorities that the man had sent her threats.

In public places, men and women, regardless of their marital status, must not smoke and use obscene words. Also, strict rules apply to appearance. Clothing should be discreet and cover most of the body. Women in the UAE are advised not to wear miniskirts, necklines and dresses that show through. Swimwear is allowed only on the beach, it is strictly forbidden to be topless on the beach, and even more so it is forbidden to appear naked.

Up to 16 years in prison for coughing in a taxi: Uber passenger in San Francisco faces imprisonment for assaulting a taxi driver