Home In the U.S. Cruise ship not returning to US and 'hiding' from arrest at sea with passengers on board

The arrest warrant for the Crystal Symphony was issued due to unpaid fuel bills, according to case documents. The warrant allows the authorities to take the ship into custody, reports USAToday. 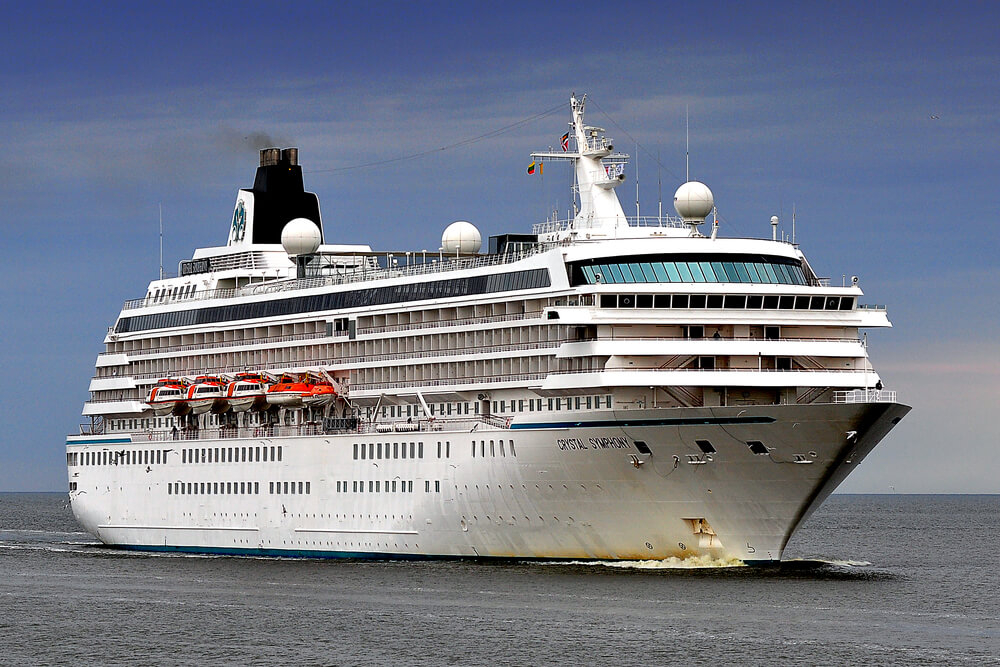 As a result, passengers were on board for another extra day as the ship changed course and avoided docking in Miami, where it could be arrested by a federal marshal.

On January 22, the ship headed for Bimini, skipping the planned landing. The ship was originally scheduled to return to Miami on January 22, completing a round-trip cruise that began on January 8.

Peninsula Petroleum Far East expects just over $4,6 million from Crystal Cruises and Star Cruises. They are demanding more than $1,2 million from the Crystal Symphony alone.

On the subject: In Texas, a woman tried to persistently buy someone else's child for $ 500

Passengers and crew, with the exception of a small crew who will continue to man the ship, have been rescheduled to land on 23 January at Bimini after the ship clears customs. They would then be ferried to Fort Lauderdale, Elio Pace reported on January 22. Pace is an artist based in the UK and works on board the Crystal Symphony.

“In three days, it all came out of nothing,” Pace said. “There was no warning.”

On the evening of January 23, Crystal Cruises said in a statement released by press secretary Vance Gulliksen that passengers were provided overnight accommodations and were "well looked after" on board. On January 23, they were provided with transport to local airports and the Port of Miami after being transferred to the Port of the Everglades in Fort Lauderdale.

"This end of the cruise was not the end of our guests' vacation that we originally planned," Crystal Cruises said in a statement.

Pace said he had heard rumors of Genting Group's financial troubles, but was not overly concerned when he boarded the ship on January 18th, expecting to stay and play until February 23rd. Now, thinking about what to do after leaving the ship tomorrow, he hopes that he will be compensated for the time spent on board.

“I can’t tell you if I will receive the money for this week, let alone contracts that must run until February 23,” Pace said, noting that the situation is not unique to him. “If I am in this predicament, I can guarantee you that everyone else on this ship — crew and personnel — is in exactly the same predicament.”

On January 21, Judge Darrin Gales of the U.S. District Court in South Florida approved the warrant.

Lawyer J. Steven Simms of Simms Showers, who represents Peninsula Petroleum Far East, said the US marshal and court-appointed custodian would be ready to arrest the vessel on Jan. 22 if it entered the port of Miami as expected.

"The US Marshal will be there with an arrest warrant if the ship shows up in Miami," Simms said.

According to the complaint, to settle more than $1,2 million in claims, Peninsula Petroleum Far East would like to sell the Crystal Symphony.

Plans on board change quickly, but for some the vacation is still on.

John Dresner from the United Kingdom was on January 22 at Crystal Symphony.

“Yesterday we were told that due to non-technical reasons we had to end the cruise in the Bahamas instead of Miami, which meant we had to change our travel plans and conditions,” he said, noting that despite concerns, the changes may not be paid, the ship's crew was excellent and continued to feed and entertain the passengers.

“I'm standing on the upper deck of the ship, looking down from deck 12 at the pool and jacuzzi,” Pace said. “And I see people messing around, passengers just relaxing, reading books and going with the flow.”

Luckily for Dresner's journey, the change of destination didn't greatly disrupt their plans.

“We had to change flights, which really wasn’t that bad, and we’ll be a day late home, which, again, isn’t the end of the world for us,” he said.

But this is not the case for everyone.

Pace tweeted about the chain of events that have taken place since he boarded the ship on Jan. 18, expressing disappointment. Upon learning that the ship would stop running when it reached Miami, Pace wrote that he had made new arrangements for the voyage. Then the ship's plans changed again.

“Yesterday, January 21st, the night of my second show, after all disembarked passengers and crew had arranged flights, car rentals, etc., the captain notified us that the ship was no longer sailing for Miami,” he said.
And on January 22 in the evening, when he had new agreements, he was not sure that everything would go according to plan.

“We have to go ashore tomorrow,” he said. “But we just never know what will happen.”

Adele canceled concerts in the US a day before they began: fans lost a lot of money