Home Educational program Native Americans turned out to be from Siberia: a sensational study 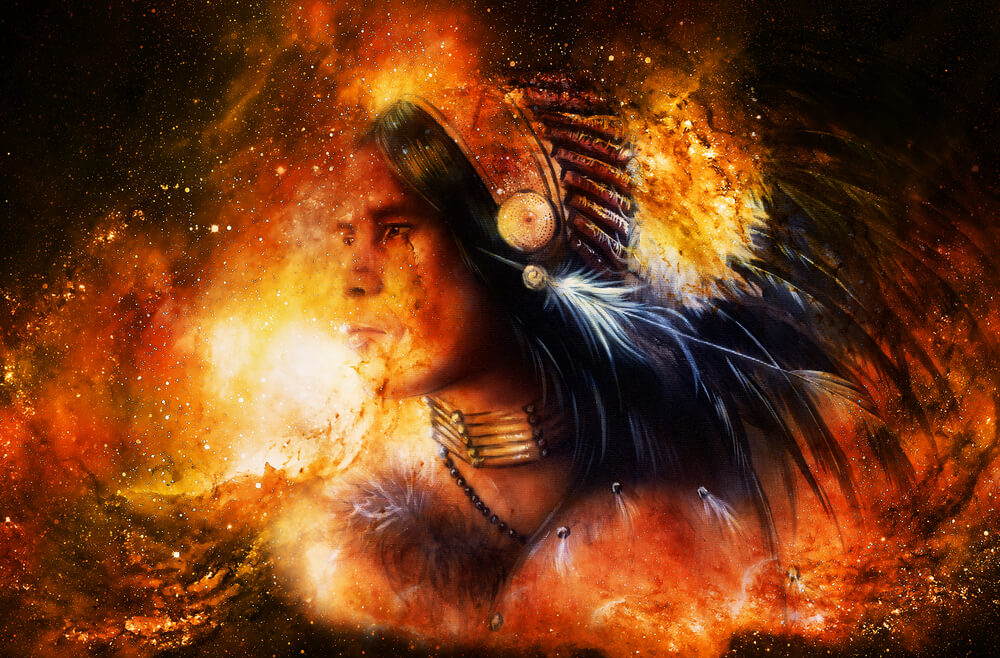 The stone tools on several of the earliest known archaeological sites inhabited by the first peoples of North America are very similar to those used 15 years ago by the Jomon people, the first inhabitants of Japan.

The parallels between archaeological research on both sides of the Pacific have inspired some archaeologists to claim that at least some of the first North Americans migrated from Japan.

However, new research challenges the migration hypothesis from Japan. According to him, the earliest Native Americans and Jomon people were biologically and genetically dissimilar.

The new findings, published in the journal PaleoAmerica, are based on a study of the similarities and differences between biological traits among different groups of people, ancient and modern.

To obtain new results, scientists measured the shape and structure, the so-called morphology of thousands of teeth collected at archaeological sites in the Americas, Asia, Australia and the Pacific Islands.

The measurements used for the study were collected and systematized, accumulated over decades, but this study used a new algorithm.

"This program was developed by a doctoral student from Portugal," said lead author of the study, Richard Scott.

“Basically, this is a Bayesian algorithm designed to calculate the likelihood that a person exhibits morphological characteristics of one of five gene-geographical groups - East Asian, American Arctic, Nearctic American, Southeast Asian and Australian-Melanesian,” he said.

The analysis showed that the teeth of the ancient Jomon people and the earliest known inhabitants of North America are not very similar. Instead, the data showed similarities between the teeth of ancient Siberian peoples and Native Americans.

“Our work is largely in line with the Beringian stagnation hypothesis,” said Scott.

On the subject: Columbus against the Indians: Americans themselves do not understand now that they celebrate October 11

The Beringian stagnation theory states that a group of people from Siberian Asia arrived in Beringia about 25 years ago.

Beringia is the name of the massive land bridge that connected what is now Alaska and Russia during the last glacial maximum, when sea levels were significantly lower than today.

According to the theory, the people of Beringia began to migrate south and in this way populated America about 15 years ago.

But while the latest analysis strengthened the connection between the ancient peoples of Siberia, Beringia, and North America, Scott's discoveries also showed that the earliest Native Americans were much more alike than the people of Asia.

Thousands of years of isolation

“The Native American specimens stood out. What appears to have happened is that these populations became isolated in Beringia and differentiated from each other over a period of 8 to 000 years, Scott said. "All Americans had a common ancestor."

Of course, Beringian stagnation is not the only explanation for the settling of America, and teeth are not the only biological material available for analysis.

Proponents of the departure from Japan hypothesis and other alternative explanations for the settlement of America sometimes used craniometric analysis, the study of skull morphology, to support their theories. However, craniometric studies also led to different conclusions.

“In essence, skull morphology is a very complex, multifactorial index with many variations,” said study co-author Dennis O'Rourke, professor of anthropology at the University of Kansas.

"Teeth are much more conservative, they don't change much over time," Scott said.

“The skull becomes shorter and rounder, but this does not happen with the teeth,” he argued. "I can't help but think that changes in nutrition, food preparation, changes in the economy have led to significant changes in the morphology of the skull."

That being said, Scott said that the best theories are those that are supported by a lot of evidence.

O'Rourke and his fellow geneticists found no overlap between the maternal and paternal lineages of the early Jomon and American populations.

While the Bering Stagnation hypothesis continues to gain traction, the theory is not rigid. Just last month, scientists published an analysis of ancient footprints found in New Mexico, which suggests that humans lived in North America at least 23 years ago.

“There are many unresolved issues. For example, when did humans first arrive in the Western Hemisphere? How did the first humans move south beyond the ice sheets of the last glacial maximum, and how quickly did they spread across the continents? " Said O'Rourke.

“None of this is particularly new and has been the focus of research for some time. New discoveries in archeology and genomic analysis clarify how we continue to address such issues, ”he said.

Native Americans where they are

While questions about America's population continue to confuse and inspire both archaeologists and anthropologists, Scott believes that leaders and scholars among Native American groups are not interested in where Native Americans came from.

“Everyone has their own origin stories,” Scott is convinced.

As for most Native Americans, they have always been where they are.

“This does not mean that indigenous peoples are opposed to science. They appreciate being involved, but they don't like being told about their past by people who have oppressed them for hundreds of years, ”summed up Charles Riggs, an anthropologist at Fort Lewis College in Colorado.

Riggs, who was not involved in the recently published study, believes it is incorrect that indigenous peoples are not interested in archeology. Local groups and scientists are increasingly involved in archaeological research.

“But this is a very different kind of archeology, based on communities defending their rights to land and water,” Riggs said.

Columbus against the Indians: Americans themselves do not understand now that they celebrate October 11

Homeland geography: cities with Russian names on the map of the USA