Home In the U.S. Measles from Ukraine caused an outbreak in the USA: what role did Israel play

Measles from Ukraine caused an outbreak in the USA: what role did Israel play

An outbreak of measles, due to which in Rockland County introduced a state of emergencyIt started far away from the USA. Edition New York Times says it all started with an annual Hasidic pilgrimage from Israel to Ukraine. 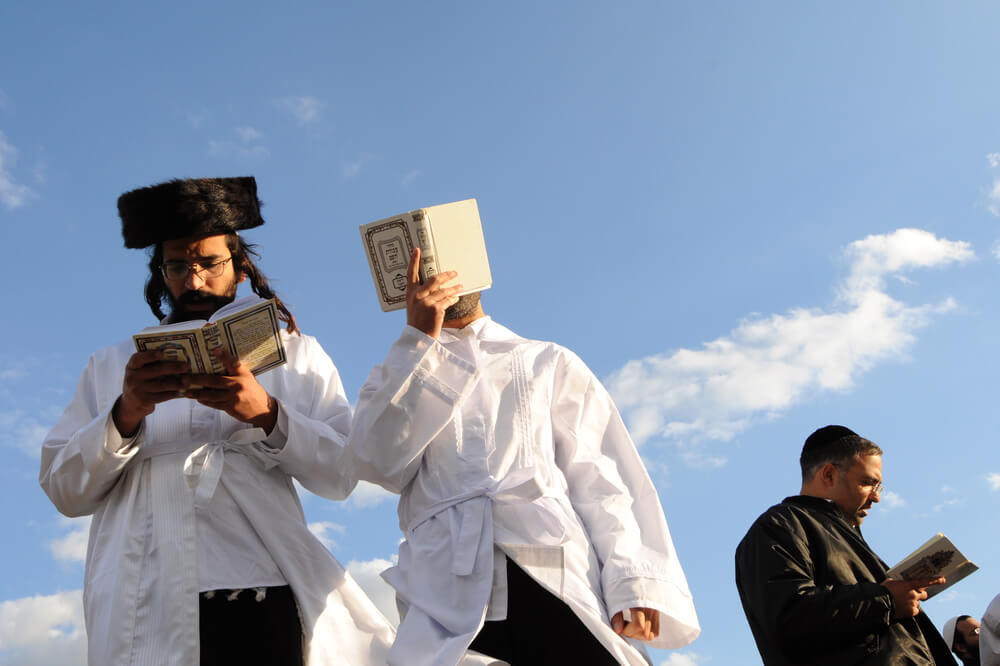 In 2001, the UN began the fight against measles. With the help of the federal government, the American Red Cross, and major philanthropic donors such as Ted Turner, Bill, and Melinda Gates, the United States has begun to actively fight measles and rubella.

Together, they spent billions of dollars to buy vaccines, deliver them safely and safely. To do this, they built refrigerated storages, bought clean needles, trained vaccinators and overcame other logistical obstacles that are often found in poor countries.

Public health officials around the world have been tracking results, incidents and outbreaks. Good news was not long in coming. Between 2000 and 2016, the number of measles cases worldwide fell by almost 80 percent. At the same time, the mortality rate (mainly among children younger than 5) has dropped sharply from 550 000 to 90 000 per year.

But two years ago, the number of cases of measles suddenly increased again, increasing by 30 percent in one year. The virus has spread again in those countries where it was fought.

According to representatives of the World Health Organization, poverty has become the biggest factor: in many countries, medicine is low to vaccinate a sufficient number of children year after year.

To stop the spread of the virus, about 95 percent of citizens should be protected by vaccination or have measles in childhood. Without constant vaccination, the threat of spreading the virus is increasing.

Anti-vaccination activists, false rumors, and serious mistakes by some vaccine companies have all contributed to the global spread of the virus. Travel and trips from country to country played a significant role.

The measles outbreak in Israel began in March 2018, apparently in a small Orthodox community in Safed in the north of the country, said Dr. Patrick M. O'Connor, head of the rapid disease control group at the WHO European office in charge of Israel.

The reason was not Jewish refusal to vaccinate. Orthodox rabbis “have no problem getting vaccinated — it counts as saving lives,” said Dr. O'Connor.

“But there is a mismatch between Israel's health care system and the population it needs to serve,” added Dr. O'Connor.

Clinics that offer vaccine are often closed on convenient days for the population or could not serve large groups of people. Jewish families are distinguished by a large number of children, and making sure that everyone gets two vaccinations on time is problematic.

The vaccination rate among Orthodox Jews in Israel was around 80 percent - higher than in many other countries, but not enough to stop measles. Another factor contributing to this: even if they are sick, children are often brought to weddings or other public events.

At first, the virus slowly spread through Orthodox communities in Jerusalem and Tel Aviv. Then in September, Dr. O'Connor said, a large outbreak in Ukraine exacerbated a modest outbreak in Israel - and likely indirectly led to outbreaks in Britain and the United States.

What Americans need to know, departing outside the United States

In Ukraine, the level of the measles outbreak, which began in 2017, is growing. The country has recorded nearly 70 cases - more than any other country in recent years.

Infections are not limited to a specific ethnic group. The country is at war with pro-Russian separatists on its eastern border, mistrust of the government is extremely high, and rumors of disastrous vaccines sometimes affect the decision of people to refuse to vaccinate their children.

According to Dr. Larson, the Ukrainian government also refused cheaper Indian and Korean vaccines in favor of Europe, but they turned out to be more expensive than the government could afford.

But the real problem seems to have begun during Rosh Hashanah.

Every year during the holiday tens of thousands of orthodox men come to Uman. In this small town is the tomb of Rabbi Nachman of Breslov, the founder of one of the branches of Hasidism. It has become a popular pilgrimage site.

Last year, Rosh Hashanah was held in early September. Later that month, measles outbreaks occurred in Israel, which in October rose to 949. Cause? Experts believe that many pilgrims returned from Ukraine who were infected with the virus or became the carrier of the measles virus. 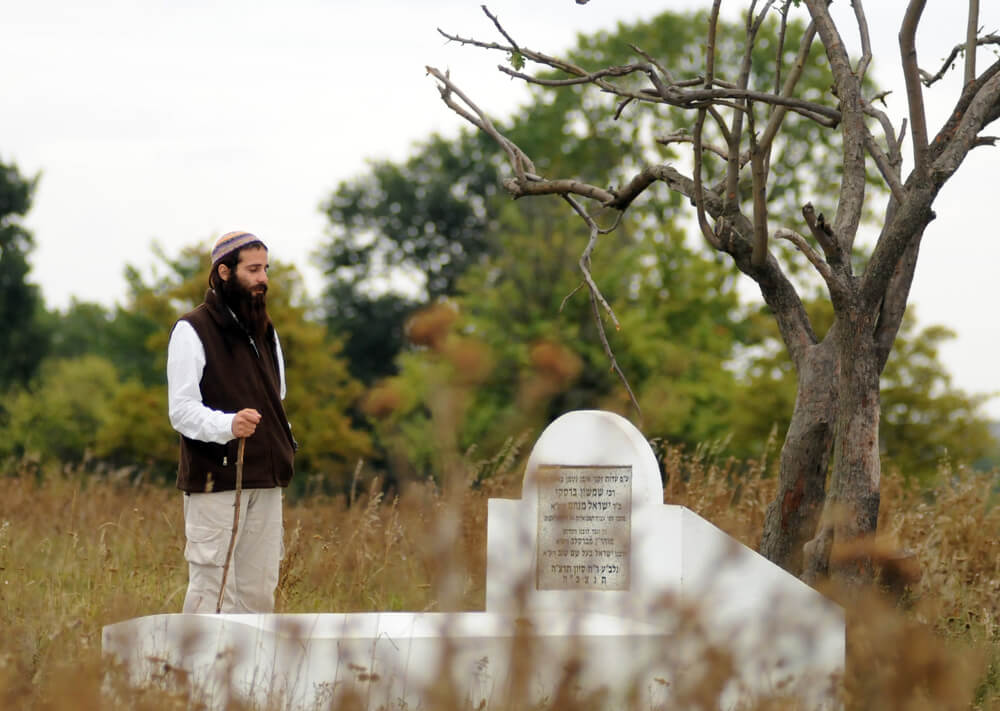 The outbreak in New York began in October. The first patient was a child in Brooklyn who visited Israel. At the same time, an outbreak of measles began among Orthodox Jews in London.

The government of Israel responded quickly, gathering Orthodox Jews into groups and sending mobile clinics to their neighborhoods.

“The coverage has improved significantly and the numbers are getting smaller,” said Dr. O'Connor.

Orthodox Jews in Great Britain and the United States are also distinguished by large families and can struggle to get all vaccinations done. But skepticism about vaccines is more common in the United States than in Israel, and much more often than in Britain.

False rumors that measles vaccines cause autism began in 1998. They were distributed by Andrew Wakefield, a British doctor whose medical license was later revoked.

Measles outbreaks across the globe

There were several other measles outbreaks around the globe.

Most of these countries have chronically low vaccination rates. But some of them are compounded by combinations of other problems.

Yemen in the midst of civil war. Venezuela’s medical system has broken up. Partial outbreak in Brazil provoked refugees from Venezuela.

From the year 2000, when the United States overcame measles, all cases of disease were of foreign origin.

At the start of 2000, most came from Japan, where the government made measles vaccinations a voluntary decision.

In 2011, 13 American tourists returned with measles from France. The origin of the outbreak in North Carolina in 2013 was from India.

More recently, a prolonged measles epidemic in the Philippines caused an outbreak in Amish communities in Ohio in 2014 and an infamous “Disneyland outbreak” in 2015, which forced California to tighten its vaccine laws.

Dr. Larson predicted that the next country that could affect the United States is Poland. This EU country has the lowest level of confidence in vaccines.

In Poland, there is an active anti-vaccine movement called “Stop Kop”, and the level of immunization from 2010 has been steadily decreasing. And, as Dr. Larson noted, there are many Ukrainian refugees in Poland, each of whom can carry the virus.

"I would not be surprised if negative sentiment and the subsequent refusal of the vaccine spread to Polish communities in the United States."

US threatens epidemics due to increased number of unvaccinated children

Microbes in airplanes: how not to get sick during the flight

Survive without insurance: how to get medical care in the US and avoid huge bills