Home Page In the U.S. Knee-deep: protests rage in the US after the death of a man due to police brutality

Knee-deep: protests rage in the US after the death of a man due to police brutality

The brutal detention of 46-year-old George Floyd, a black resident of Minneapolis, led to his death - a police officer strangled the detainee with his knee. The FBI opened an investigation into the police, four police officers were fired, but hundreds of protesters took to the streets, writes Air force. 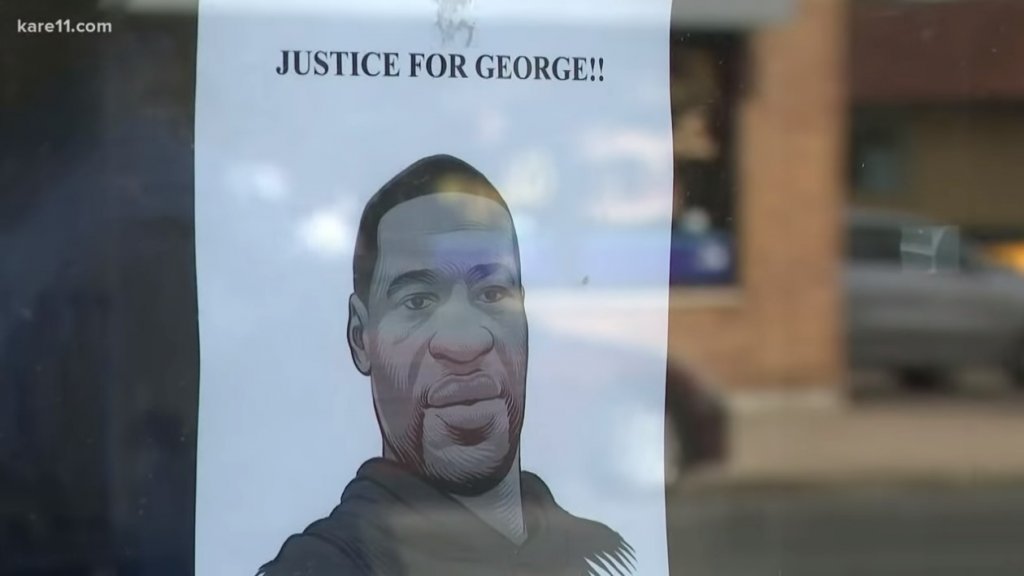 In response to the news, hundreds of people staged protests against police violence and racial inequality in Minneapolis. They marched to the police station. Some demonstrators painted graffiti on police cars and threw stones at the police station.

How did George Floyd die?

On May 26, Monday, police stopped Floyd's car. A law enforcement statement said he resisted the detention and was handcuffed. There are no witnesses to this yet. The officers had body cameras, but their records were seized for investigation.

A video published on the Internet begins already from the moment in which the white policeman applies a choking technique, stepping his knee on the detainee's neck.

Around the stage gathered passers-by, who urged the policeman to stop strangling Floyd and measure his pulse.

At the end of the video, Floyd, who is no longer moving, is put on a stretcher and taken away in an ambulance.

Minnesota police said he died in a "medical accident" while interacting with police.

Four police officers involved in the detention were fired. The Mayor of Minneapolis supported this decision and apologized to the Floyd family and all the black inhabitants of the city.

But the dismissal of the case for the police may not end. The FBI has opened an investigation into the actions of the police during the detention.

This incident recalled the case of African-American Eric Garner, who also died during his arrest in 2014. A strangulation was applied to Garner, and he also repeated many times that he was suffocating.

The phrase “I'm suffocating” has become the slogan of activists who protest against police violence against the black population of the United States. 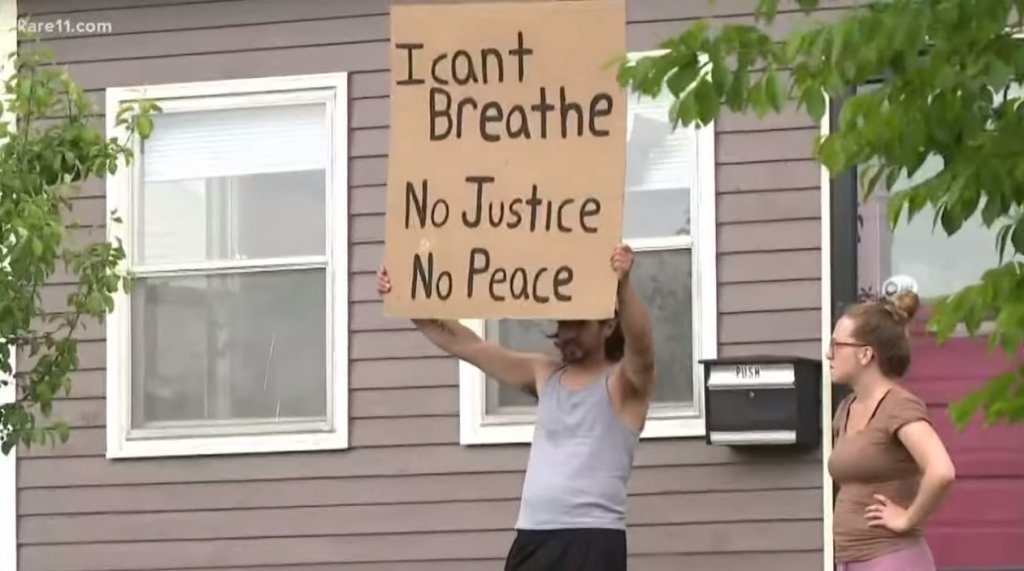 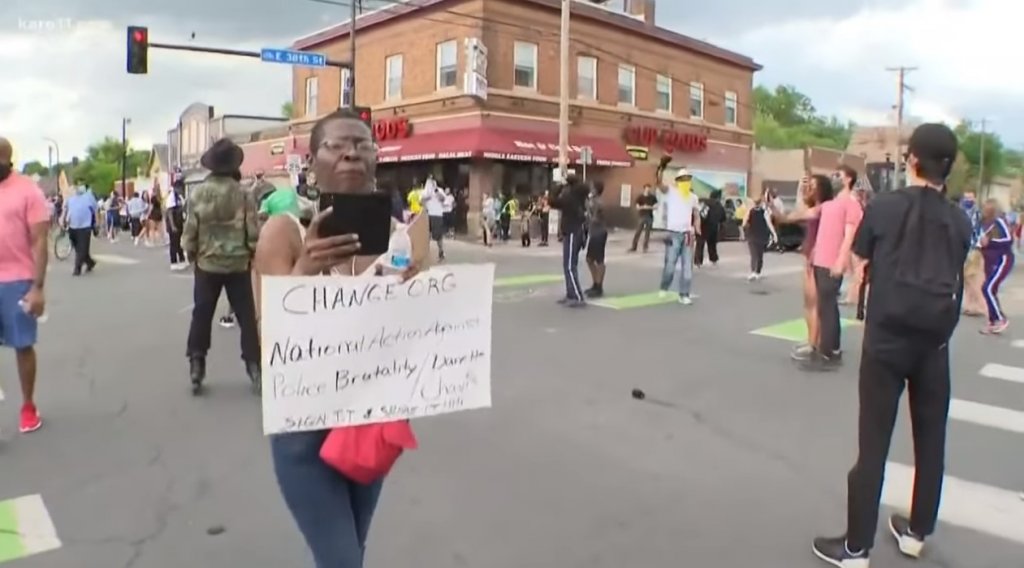 Minneapolis Mayor Jacob Frey tweeted that firing employees is the right decision. Earlier, during a press conference, he called the incident a complete and utter disgrace.

“It was wrong on all counts,” Frey said. "Being black in America shouldn't be a death sentence."

On the subject: California Costco shooting: a man killed by a policeman was dumb and could not show aggression

This is not the first recent case of police brutality against African Americans.

Recently, an incident in Maryland attracted general attention when an officer shot a man right in a patrol car.

Knee suffocation is one of the legal methods of arresting the Minneapolis police. On May 27, her boss, Medaria Arradondo, announced that the “methods of restraint” would be overhauled. The FBI has so far declined to comment. 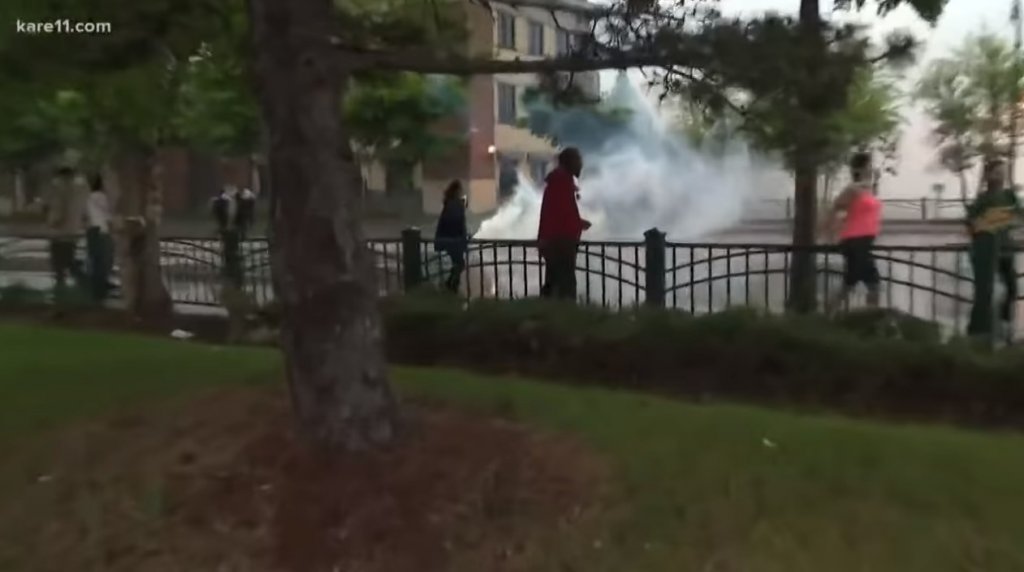 Amy Klobushar, a Minnesota senator, called for a comprehensive and thorough independent investigation.

“Justice in relation to this person and his family, justice in the name of our society and our country must prevail,” the senator said in a statement.

After the death of Eric Garner in 2014, the phrase “I suffocate” became the national slogan in the fight against police brutality.

He was not armed and repeated this phrase 11 times when the police held him, stopping him on suspicion of illegal sale of cigarettes. And these were the last words that Garner uttered, already in a police stranglehold. 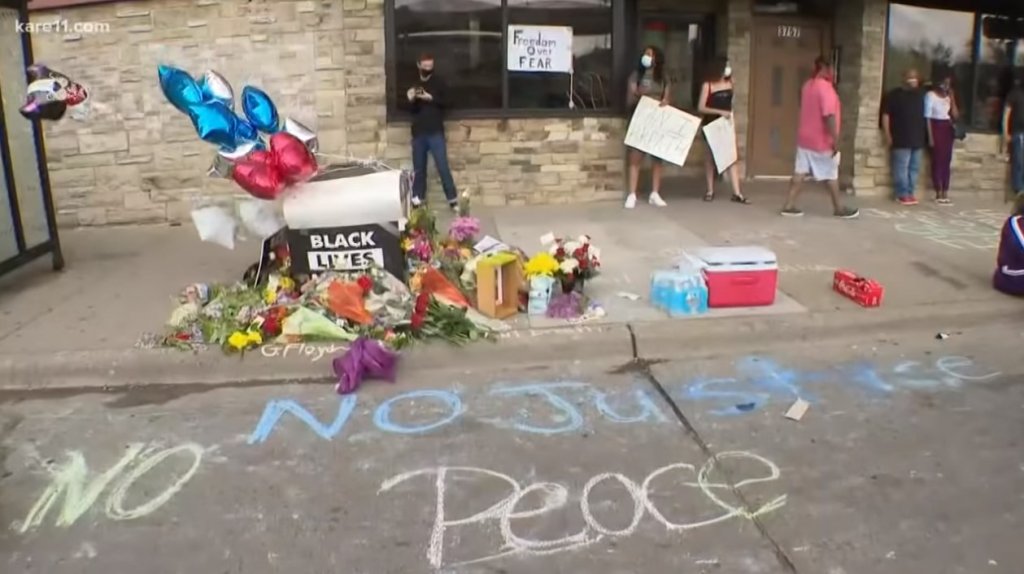 Later, the city pathologist ruled that this seizure was one of the causes of Garner's death.

A New York police officer who participated in Garner’s arrest, which ended in the death of a suspect, was fired from service more than five years later, in August 2019.

Beatings, Arrests, and Accusations of Racism: In Florida, the police broke up a party for 3000 people

International scandal: in one of the cities of Ukraine, the police collected lists of Jews

At the forefront: what salaries do livelihood workers receive in different states