Many cultures going back a long time gave different names to the twelve full moons observed each year. Often the names of full moons sound colorful, like the title "Strawberry Super Moon", where it's easy to imagine something like an artist's art concept. But often more prosaic, reports ScienceDaily. 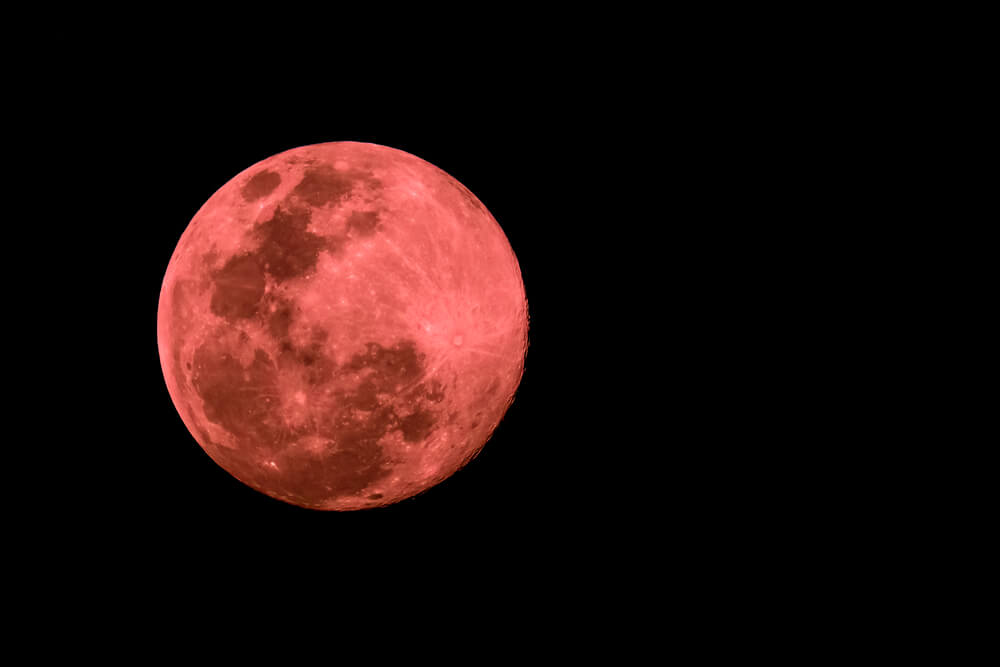 However, the names are usually based not on color, but on the names of activities that take place at that time of year. For example, the name "Strawberry Moon" comes from the Algonquian Indian tribes who live in what is now the northeastern United States and the region's relatively short strawberry-picking season.

This Strawberry Moon is a special sight because it is not a regular full moon, but a supermoon. This occurs when the Moon's orbit is closest to the Earth, presenting us with a larger and brighter picture of the full moon.

On the subject: The predator next door: 6 types of wild cats in the US that you can meet while walking

One moon, many names

In the 1930s, Maine Farmer's Almanac began publishing Native American full moon names. According to this almanac, the Algonquian tribes living in what is now the northeastern United States called this full moon strawberry. The name comes from the relatively short strawberry harvesting season in the region.

The old European name for this full moon is "Honey Moon". Mead is a drink made by fermenting honey mixed with water and sometimes fruits, spices, grains, or hops. In some countries, mead is also called honey wine (although honey wine is made differently in others). Some scriptures suggest that around the end of June, honey was ready to be harvested, making this moon "sweetest". The word "honeymoon" dates back to the 1500s in Europe. The tradition of calling the first month of marriage "honeymoon" may be related to this full moon because of the custom of getting married in June, or because "honeymoon" is the "sweetest" moon of the year. There appears to be no evidence to support the 19th-century theory that the word entered the English language due to the custom of giving mead to newlyweds in the first month of their marriage.

Another European name for this full moon is the Pink Moon. Some sources indicate that the name "Pink Moon" comes from the roses that bloom at this time of year. Others point out that the name comes from the color of the full moon. At higher latitudes in Europe, when the full moon is low, it shines through more of the atmosphere, making it more reddish in color (for the same reasons sunrises and sunsets are red). In the Washington, DC area at 1:56 AM EST on the morning of June 15, 2022, the full moon at its highest will reach just 23,3 degrees above the southern horizon, the lowest full moon of the year.

For Hindus, the name of this full moon is Wat Purnima. During the three days of this full moon, married women will show their love for their husbands by tying a ceremonial thread around a banyan tree. The holiday is based on the legend of Savitri and Satyavan.

For Buddhists, this full moon means the festival of Poson Poya. The Boseong festival in Sri Lanka celebrates the introduction of Buddhism in 236 BC.

It will be a supermoon. The term "supermoon" was coined by astrologer Richard Nolle in 1979 and refers to either a new moon or a full moon, which occurs when the Moon is within 90% of perigee, its closest approach to the Earth. Because we can't see the new Moon (except when it passes in front of the Sun), what's gotten the public's attention in recent decades are full supermoons, as these are the largest and brightest full moons of the year.

Because perigee varies with each orbit, different publications use different thresholds to decide which full moons can be considered super moons, but everyone agrees that in 2022, the June and July full moons qualify.

In many traditional lunar and lunisolar calendars, full moons fall around the middle of the lunar months. This full moon falls in the middle of the fifth month of the Chinese calendar, Sivan in the Hebrew calendar, and Dhu al-Qada in the Islamic calendar (one of the four holy months during which hostilities are prohibited).

On the evening of Tuesday, June 14, 2022 (full moon day), when evening twilight ends at 21:47. EDT, the rising full moon will appear 3 degrees above the southeast horizon. The brightest star closest to the sky is Arcturus, which is 70 degrees above the southern horizon. Arcturus, the fourth brightest star in our night sky, is about 37 light-years from Earth and has almost the same mass as our Sun, but is older. Arcturus used up its hydrogen at its core and became a red giant, growing about 25 times its previous size and shining about 170 times as bright as the Sun. Our Sun is roughly in the middle of this life cycle and is expected to become a red giant in about 5 billion years.

As the lunar cycle progresses, the background of the stars, along with Jupiter, Saturn and Mars, will move west every morning, although Mars will move more slowly. Every morning Venus will move in the opposite direction, closer to the eastern horizon. For a few days around June 25th, the planet Mercury will appear slightly above the east-northeast horizon at the time when morning twilight begins, so late June mornings should be a good time to look for visible planets in the sky, arranged in ascending order of their distance. from the sun. The waning moon will pass near the planets Saturn on June 18, Jupiter on June 21, Mars on June 22 and 23, Venus on June 26, and Mercury on June 27, 2022.

Immigrants sue the White House: their naturalization is unnecessarily delayed

Gasoline prices in the US have broken a historical record, but in other countries, fuel is much more expensive: where refueling a car hits the wallet the most

Don't rush to throw it away: what kind of waste can be profitably sold on the Internet