More than two weeks after the incident in the Kerch Strait. What is remarkable in this whole business is an amazing and large-scale consensus in understanding what happened there. And pro-Kremlin journalists, and anti-Russian journalists, and journalists who express diametrically opposed opinions about Poroshenko, and anti-Trampists, and Trump's supporters simultaneously and unequivocally stated that we witnessed the annexation of the Azov Sea by Russia. 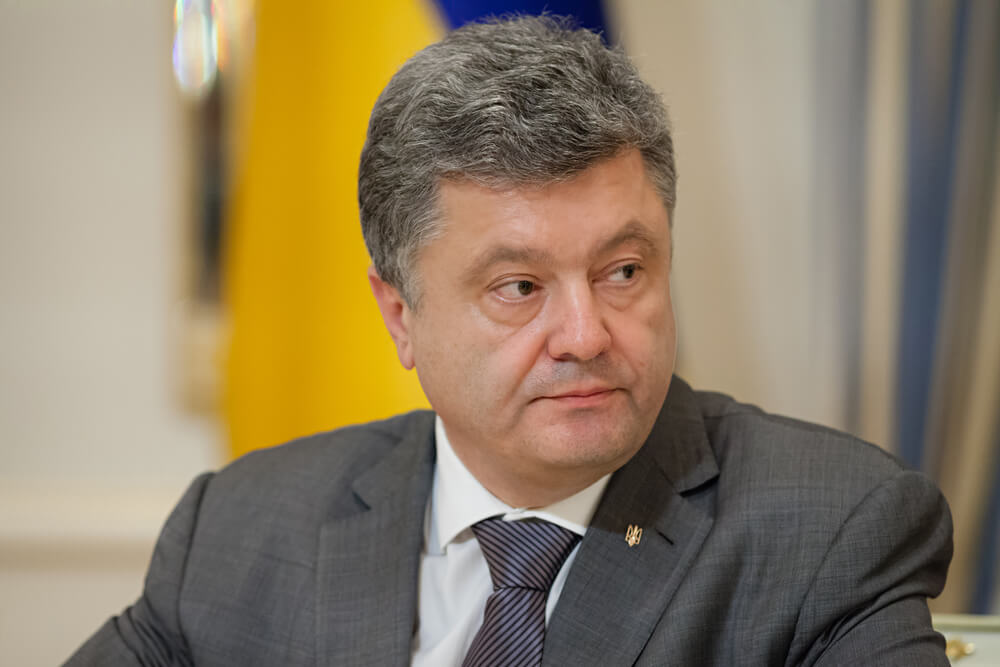 All the rest is details. Someone justifies arrogant behavior of Russia, and someone condemns. This is just understandable, and this was to be expected, writes in his блоге Igor Gindler.

But in this case, Russia, as is the case with a broken clock, showing the correct time twice a day, partially speaks the truth when it declares Ukrainian provocation. The fact is that the illegal annexation of the Sea of ​​Azov actually happened back in 2014, along with the illegal annexation of the Crimea, but very few people knew this outside of Ukraine. But now it has become clear to everyone.

Poroshenko outplayed Putin by making the whole world search for the Kerch Strait on the map and discuss the annexation of the Sea of ​​Azov.

That is why Putin so sharply reacted to Poroshenko’s skillfully and well-prepared provocation. Putin realized that his own weapon was used against him. Let me remind you that the war with Georgia 2008 started after Russia’s clever and deliberate provocation, but as a result the whole world is now (unfairly) convinced that Saakashvili started the 2008 war, although 20% of the territory of Georgia is still occupied by Russia.

Poroshenko skillfully carried out this devilishly cunning operation - so cunning that most members of the Ukrainian Rada still do not understand what happened. And there’s nothing to say about the members of the Russian State Duma. Poroshenko took advantage of the fact that the near Russian mini-emperor on 100% is predictable in his reaction to external stimuli.

This political move Poroshenko prepared for a long time. Remember the passage of a small Ukrainian flotilla to Mariupol on the same route in September of this year? That was, of course, a dress rehearsal. The Ukrainian side has foresightedly calculated all the pros and cons of such a provocation. This follows from the fact that they did not get involved with the Russian coast guard in the area of ​​the Kerch bridge, and forced to attack themselves in neutral waters. That is why the Ukrainian sailors did not shoot, although they were armed to the teeth. They were faced with another task, and they carried it out.

As a result, Putin himself stepped on the political rake substituted by Poroshenko on time.

Poroshenko in this case proved himself a master of asymmetric warfare. In fact, the entire Ukrainian fleet is just 66 ships (this includes all the combat ships and all auxiliary ships). Russian Black Sea Fleet - almost 2 800 ships, that is, about 40 times.

It is not known for sure what role America played in the preparation of this operation, but the Trump administration two weeks before the incident suddenly announced the set bilingual military personnel for conducting “secret military operations” - with knowledge of both English and Ukrainian. The place of service is Nikolaev, where a large Ukrainian port and the headquarters of the American armed forces in Ukraine are located.

Now Putin has a headache, not Poroshenko. Now Putin has to choose - either to release the Ukrainian sailors and the Ukrainian ships, or to receive regular serious sanctions at the level of those that Russia received for the annexation of the Crimea.

Instead of being angry with himself, Putin compensates for his anger on the Ukrainian sailors. But world history never forgives emperors who are angry with ordinary sailors.

Let me remind you that the recent economic strangulation of Russia by Trump constantly increasing. Moreover, the economic war of strangulation is being waged by Trump not only and not so much in relation to Russia, but also in relation to all Axis hostile countries to the West. The Axis countries are Syria, Russia, Iran and North Korea. All of these countries have been under unspeakable sanctions for many years. The economic embargo imposed by the West on the Axis countries has no precedent. The level of this embargo is such that it is no longer a question of using economic pressure to try to change the behavior of these countries on the world stage and force these countries to act in a more civilized way. We are talking about total economic suffocation.

As we all know, the economic rout of the countries of this anti-Western coalition Trump started from North Korea - this country was, as they say, a low-hanging fruit, which is easy to pick.

As a result of the ill-considered actions of Russia and other Axis countries, they all cornered themselves and are in an unprecedented economic siege in world history. It should be emphasized that for Trump there is nothing personal in it, it is purely business. Trump all his life and only those engaged in that squeezed their competitors from the construction business. Now, after becoming president, he is doing it in the international arena.

What was Trump's immediate response to the incident in the Kerch Strait?

That is how Russia and China are located in the intra-American table of ranks.

Then, in addition to the angry words in the UN, the United States officially notified Turkey (as required by international Montreux Convention 1936 on navigation in the Bosphorus and Dardanelles) intention to introduce American warships in the Black Sea.

Such a decision by the Trump administration fits perfectly into the picture that is also observed in the South China Sea. There, as you know, there are several atolls, illegally occupied by China with the connivance of Obama. On these atolls, reefs and artificial islands are now located Chinese naval bases and military airfields.

But with the arrival of Trump in the White House, the American fleet and aircraft began frankly ignore the seizure of these islets by China. The ships and aircraft of the US Navy defiantly enter the 12-mile zone and the airspace of these territories, thereby constantly reminding China of the international non-recognition of their illegal territorial claims.

Many for some reason forget that Trump, unlike President Bush Sr., who recently retired from us, is by no means an example of a gentleman. The maneuvers of the American fleet near the Kerch Strait are not far off, and it is not difficult to predict the reaction of the Russian side.

Let me remind you that in the matter of territories, Trump acts with Russia in the same way as with China - after the events in the Kerch Strait, the US Navy destroyer demonstratively held near Peter the Great Bay near Vladivostok. Russia considers this entire bay (contrary to international conventions) its own territorial waters.

For the first time since 1987, the American warship openly summoned Russia to respond. Which did not follow. Apparently, the Kremlin finally began to realize all the consequences of the Kerch failure.

The United States sends a warship to the Black Sea: what to expect next

Kremlin, beware: US aviation has unplanned over Ukraine