Home World 'The catastrophe will come abruptly': Fukuyama predicted how the war in Ukraine would end

American philosopher, political scientist, political economist and writer Yoshihiro Francis Fukuyama spoke about what awaits Russia in the war against Ukraine, and what China will do, reports NV. 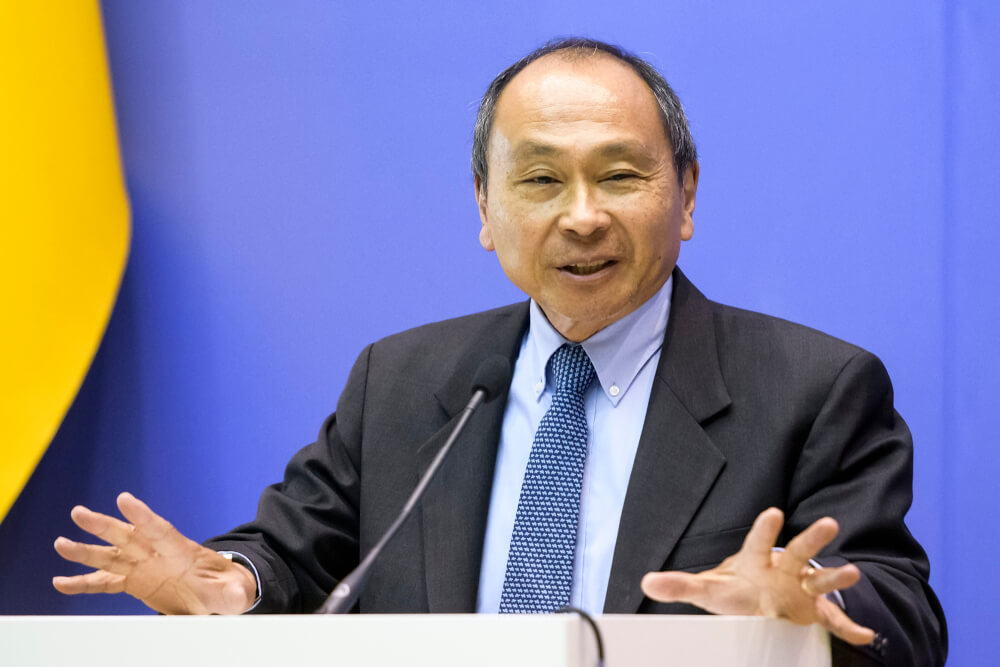 “I am writing this letter from Skopje, North Macedonia, where I have been for the last week teaching one of our Development Leadership Academy courses,” he said. “Watching the war in Ukraine is no different here in terms of the information available, except for the fact that I am in a neighboring time zone and the fact that there is more support for Putin in the Balkans than in other parts of Europe. Especially in Serbia and because Serbia hosts Sputnik.”

“Let me lean out a bit and make some predictions,” writes the American philosopher Francis Fukuyama in his column for americanpurpose.com.

1. Russia is heading towards its complete defeat in Ukraine. Russian planning was incompetent, based on the erroneous assumption that the Ukrainians favored the Russian Federation and their troops would fall immediately after the invasion. It is obvious that the Russian soldiers were carrying full dress uniforms for the victory parade in Kyiv, and not additional ammunition and rations. At present, Putin has attached the bulk of his military to this operation - there are no huge reserves of forces that he could draw on to add to the strength of his army. Russian troops are stranded on the borders of various Ukrainian cities, where they face huge supply problems and constant Ukrainian attacks.

On the subject: World educational organizations will no longer recognize diplomas issued by Russian universities

2. The collapse of their position is more likely to be sudden and catastrophic than to happen slowly due to a war of attrition. An army in the field will reach a point where it can neither be supplied nor withdrawn, and morale will evaporate. This is at least true in the north; the Russians are better off in the south, but those positions will be hard to maintain if the north collapses.

3. There is no possible diplomatic solution to this war. There is not a single compromise that would be acceptable to both Russia and Ukraine, given the losses that both countries have suffered at the moment.

4. The UN Security Council once again proved its helplessness. The only useful thing was the vote in the General Assembly, helping to determine the bad or wrong actors in the world.

The defeat of Russia will make possible the "new birth of freedom."

5. The Joe Biden administration's decision not to declare a no-fly zone or help hand over the Polish MiGs was the right one. These decisions were cold-blooded and considered during a very emotional period. It is far better for the Ukrainians to defeat the Russians on their own, stripping Moscow of the excuse that NATO attacked them, and also avoiding all obvious escalation opportunities. In particular, Polish MiGs would not add additional capabilities to Ukrainians. Much more important is the continuous supply of Javelins, Stingers, TB2, medical supplies, communications equipment and information exchange. My guess is that Ukrainian forces are already under the supervision and support of NATO intelligence operating outside of Ukraine.

6. The price paid by Ukraine is, of course, enormous. But the biggest damage is caused by rockets and artillery, with which neither the MiGs nor the no-fly zone can do anything. The only thing that will stop the slaughter is the defeat of the Russian army on the ground.

Turkish Bayraktar is an attack drone. The first word means that it is designed to strike land and sea targets. And the second is that the operator sits with a joystick for 150 kilometers.

It should be added that the Turkish Bayraktars have become a legend. They are so popular in Ukraine that songs are written about them, and videos of drones destroying Russian equipment get millions of views.

8. The invasion has already done enormous damage to populists around the world, who had uniformly expressed sympathy for Putin prior to the attack. This includes Matteo Salvini, Jair Bolsonaro, Eric Zemmour, Marine Le Pen, Viktor Orban and of course Donald Trump. The politics of the war showed their overtly authoritarian tendencies.

9. At present, the war has become a good lesson for China. Like Russia, China has built up a seemingly high-tech military force over the past decade, but it has no combat experience. The pitiful work of the Russian Air Force is likely to be repeated by the Air Force of the People's Liberation Army, which also has no experience in managing complex air operations. “We can hope that the Chinese leadership will not deceive themselves about their own capabilities, as the Russians did,” the philosopher says.

10. Taiwan itself will wake up and realize the need to prepare for the fight, as the Ukrainians did, and resume military service.

11. “The defeat of Russia will enable a new birth of freedom and save us from the decline of global democracy. And the spirit of 1989 will live on thanks to a group of brave Ukrainians,” Fukuyama said.

12. Putin will not survive the defeat of his army. He gets support because he is considered a strong man; and what can he offer when he demonstrates incompetence and is deprived of the power of coercion?