Home In the U.S. California prepares for severe drought: residents are asked to limit water consumption

The rainy season is almost over, there has been no "March miracle" and the likelihood of a severe drought is growing. What to prepare for residents of California, said the publication Sacbee. 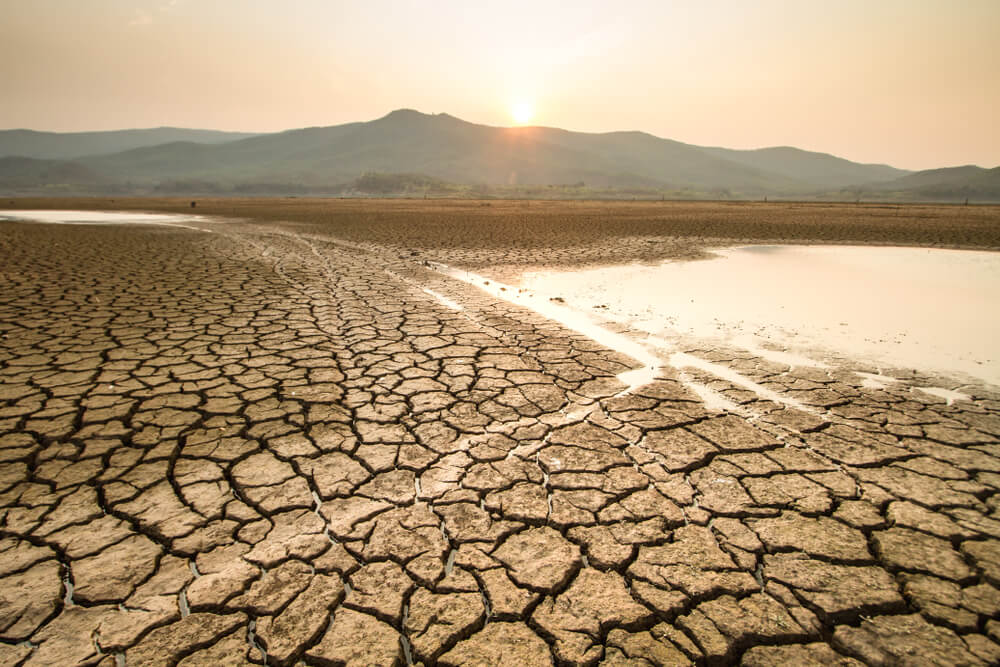 The Department of Water Resources has lowered its forecast for the supply it expects to make to cities and farms in the State Water Project. In its new forecast, the agency said that customers can expect only 5% of contract deliveries. In December, the expected distribution was set at 10%.

The US Bureau of Reclamation, which supplies water mainly to farmers, said that due to deteriorating hydrological conditions, the 5 percent water distribution promised to its clients south of the Sacramento-San Joaquin Delta is "not available for delivery until further notice."

While there has been no official announcement of the drought, the current situation serves as a sign that California is almost certainly approaching it.

The Department of Water Resources said it has submitted a revised “drought contingency plan” to the Department of Fish and Wildlife; the document will serve as a roadmap for water management and monitoring impacts on endangered species.

“Californians are familiar with drought, we know how to deal with it,” said Carla Nemeth, director of the Department of Water Resources. "It will be a test for us, but we have all the necessary tools."

On the subject: Almost half of the United States suffers from drought: how it will affect residents and weather

She suggested that the official announcement of the drought will probably be in a year, depending on how much rain and snow falls next winter, but "we've talked about this several times already."

There are many signs of drought.

Rain and snow were well below average, and the state's reservoir network had less water than usual. A weekly snapshot from the federal government shows drought conditions have affected 91% of California; more than a third of the state is in "extreme" or "exceptional" drought.

Meanwhile, the state's Water Control Board announced that it has mailed notices to 40 farmers, municipal officials and others urging them to prepare for potential water shortages.

Joaquin Esquivel, chairman of the Water Resources Council, said the letters are meant to notify copyright holders that their legal rights to draw water from rivers and streams may be restricted.

“This is a reality when conditions are so dry that production cuts are possible, and we want everyone to be aware,” he stressed.

Esquivel believes that the governor's announcement of an extreme drought would make it easier to restrict water users' rights, but the restriction could happen even before the governor takes action.

During the latest drought, some waterways have sued the state to defend their water rights. Water scarcity will affect Californians in both rural and urban areas. Notably, Southern California's 19 million urban dwellers depend on the water supply project for about a quarter of their annual supply.

“Deteriorating water supply conditions in the state heightens the need to maintain lower water use,” said Jeff Keitlinger, general manager of the Municipal Waters District of Southern California in a prepared statement.

During the latest drought, considered one of the worst in human history, millions of acres of land were idle when most California residents were ordered to limit watering to their lawns. Former Gov. Jerry Brown announced the end of the drought in the spring of 2017 after one of the wettest winters in history.

California is experiencing its second dry winter this year. The snow cover of the Sierra Nevada, whose spring melt is usually critical for replenishing the state's major rivers and reservoirs, is 37% thinner than usual at this time of year. Lake Shasta, the state's largest reservoir, is one-third less full at this date, and Lake Oroville is about half empty.

Rainfall was roughly half what it should be in Northern California, and a few small storms in recent weeks have not helped much. For example, Sacramento received just 1,29 inches of rainfall this month; average 3,02 inches. For the most part, rain and snow stop falling from around April 1st.

Limited water forecasts are of particular concern for the $ 50 billion California agricultural industry, which provides 100% of the country's cultivated tomatoes, 88% of strawberries, and 57% of peaches - just to name a few commodities that depend heavily on state farmers. ...

US Department of Agriculture chief Tom Vilsack, in a letter to Governor Gavin Newsom, recently declared 50 counties to be natural disaster zones due to drought, making farmers eligible for urgent loans and other assistance.

Farmers from neighboring counties are eligible for aid, Vilsack said, meaning farmers in all 58 counties can get aid.

On the subject: 'Darkguards' have been scaring tourists in the mountains of California for 300 years: what is this phenomenon

San Joaquin Valley, the heart of California's agriculture, especially on the brink. Valley farmers rely on supplies from the Central Valley project, which are pumped through the Delta, a fragile estuary.

In a dry year, a Delta bottleneck could make a bad year even worse, and now the Bureau of Reclamation has suspended 5% allocation for sub-Delta customers.

“We're preparing for tough times,” said Joe Del Bosque, a renowned melon and almond grower in the western counties of Fresno and Merced.

If water distribution does not improve, "it will be very bad," he said. Del Bosque worries that he won't have enough water to grow organic melons and other melons, which he sells to Safeway, Whole Foods and others.

“It is important that our people work,” Del Bosque is convinced.

Best Show of Spring: Where and When to See California Super Bloom

'Ark' on the Moon: Scientists Want to Create a Sperm Bank on Earth's Satellite

New Hampshire built a utopia without laws and taxes: it was destroyed by dreamers and bears

How much do residents of different states of the United States pay for utilities?