Home In the U.S. As America freezes: constantly updated. A PHOTO. VIDEO

The region of rapidly declining low pressure led to the fact that the northeastern regions of the United States were confronted with record lows or close to record temperature minima.

In the north of New England this weekend the temperature will be below zero. In Burlington, Vermont, Saturday will be minus 5. Louisiana, Mississippi, Alabama and Georgia expect temperatures from minus 15 to minus 20 degrees. It is expected that more favorable weather will return next week.

In some parts of the United States, the air temperature has dropped to -30 degrees Celsius.

Meteorologists predict severe cold winds on weekends. Wind speed will be 64 km / h (40 miles / hour) and more. This will lead to blowing and drifting snow, and the air temperature will decrease. Despite the sun's rays, the street will feel like - 23 degrees Celsius with a further decrease to -28 degrees until Saturday morning.

The icy wind warning took effect at 1:00 am on Friday night for Pike, Sussex, West Ulter and Dutcheys. Warning in force until Sunday, according to Storm Team 1. The rest of the three states are under the close supervision of meteorologists.

In Suffolk County, Long Island, with the most snow - 40cm in Islip - roads are the most dangerous. 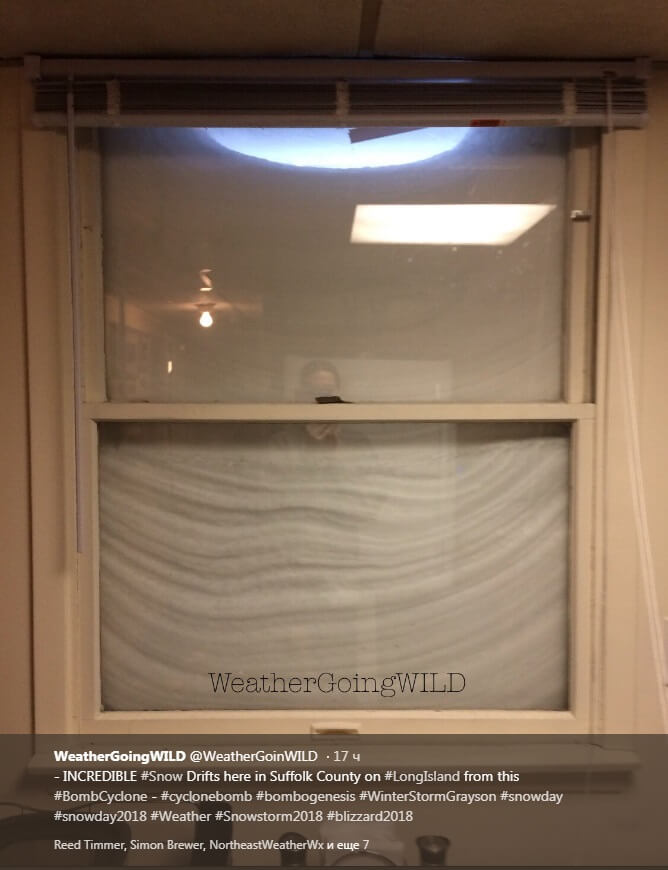 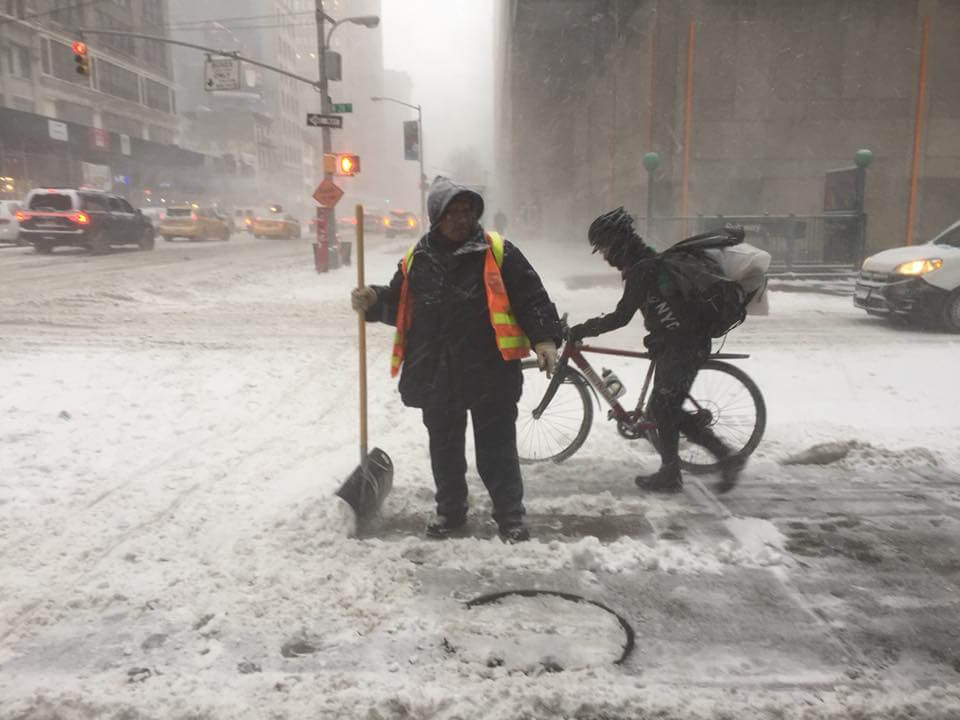 Airports are open, however flights from airports JFK and LaGuardia were canceled.

Nationwide, over 3000 flights have been canceled in addition to 558 canceled flights on Wednesday, according to FlightAware.

How to protect yourself in cold weather

What you need to remember during severe frosts

The most frequent consequences of severe frosts are hypothermia and frostbite. The mayor’s office reminds you that if you see a person in danger, immediately call for help by calling 911 and try to move the victim to a warm place.

Heat preservation and safety measures in the room:

Read more how not to suffer from severe frosts.

Broward County declared an emergency situation due to cold weather from 18: 30 evenings to 9 on Thursday morning, Friday, and from 18: 30 to 7: 00 on Saturday. District also has opened three heating points and shelter for homeless residents at this time.

30 see snow and hundreds of closed schools in New York

Along the coast, snow began to fall around midnight. In New York, the snowfall intensified closer to rush hour.

It is expected that the snowfall will stop from time to time, however evening trips will be especially dangerous.

All New York schools closed on Thursday. In addition, on Thursday and Friday, parking on the alternate side (ASP) is suspended.

All government offices in New Jersey are closed, and Governor Chris Christie has declared a state of emergency in Cape May, Atlantic, Ocean and Monmouth counties.

Storm Team 4 predicts from 20 to 30 see snow for most of Long Island (total Suffolk and most of Nassau County), with gusts of wind up to 88 km / h.

By 9, o'clock in the morning, parts of Ocean County had already recorded 17 cm of snow, and on East Long Island - 30 cm of snow.

Blizzard warnings are valid in Suffolk, Nassau, Monmouth counties until Thursday evening. Nassau hit the list on Thursday morning, when the storm began to change trajectories.

Meanwhile, winter storm warnings are active in New York and its suburbs. It is expected that the city and surrounding areas will see from 15 to 20 see the snow. Gusts of wind, although not as strong as those along coastal areas, can lead to power outages.

According to meteorological forecasts, on Friday and Saturday we should expect -10 degrees Celsius. It is possible that on Friday the temperature will drop to -16 in the city, and -26 degrees Celsius in the north-west.

In preparation for severe frosts, New Yorkers are snapping up groceries. So on Wednesday evening the store looked Trader joe in Istchester. 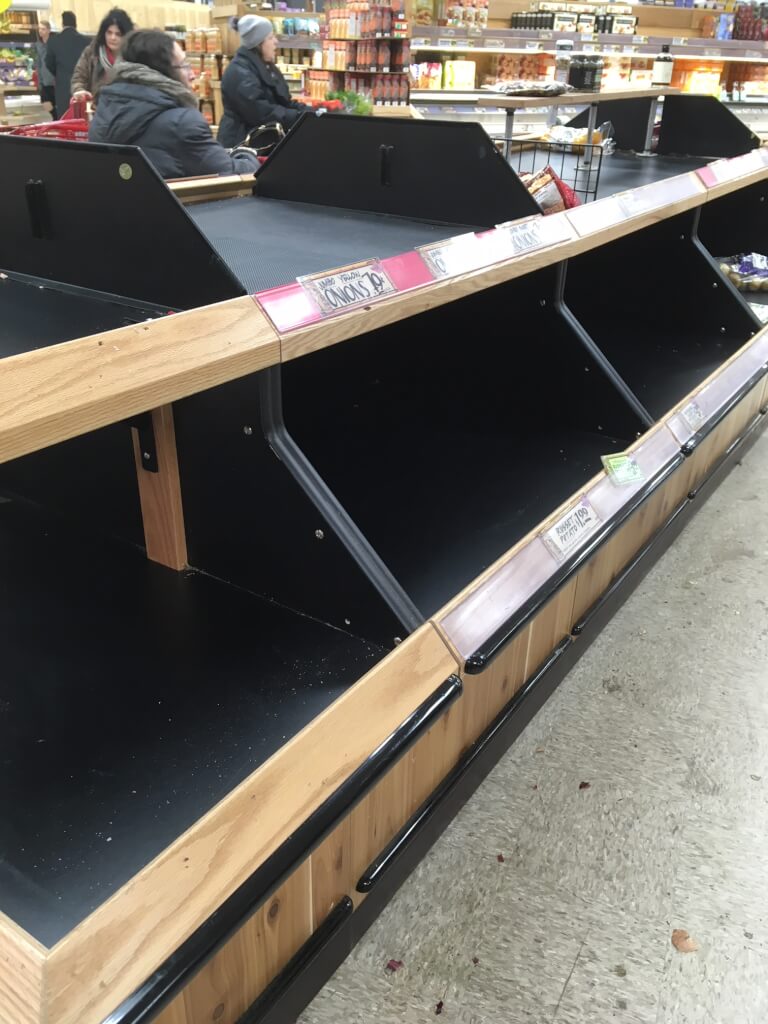 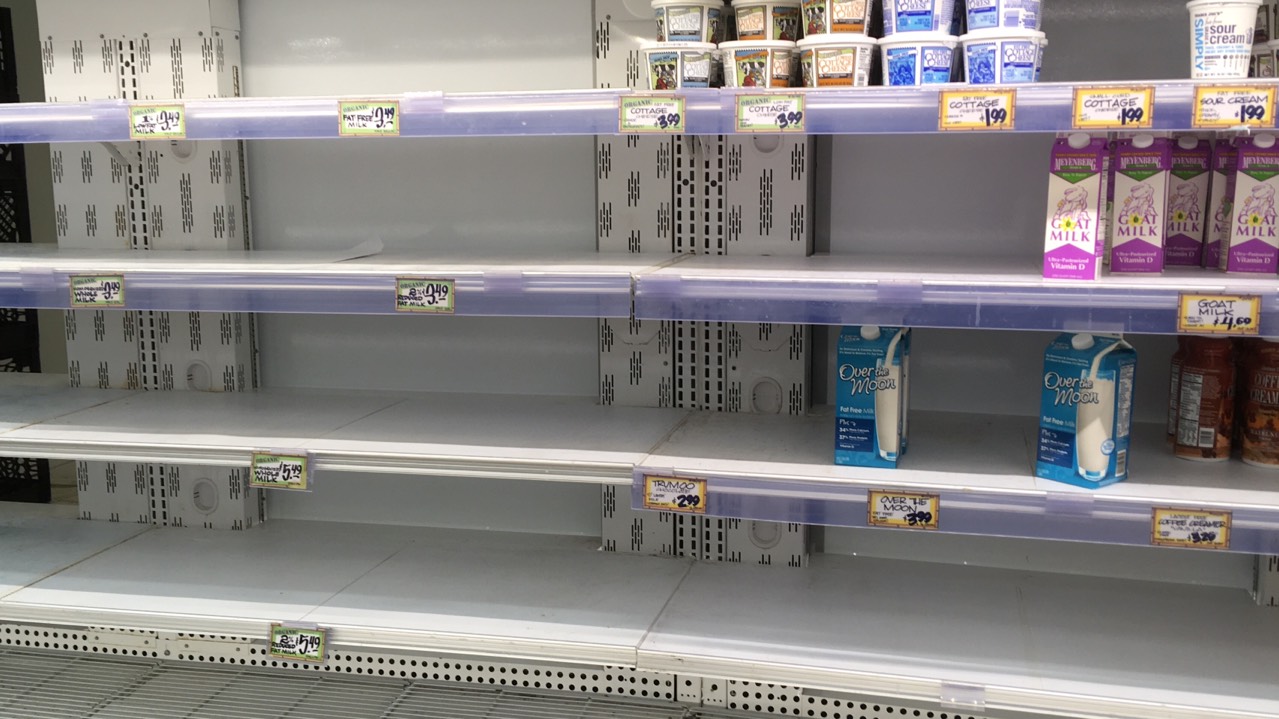 16 has already become a victim of severe frosts in the USA. USA Today.

School districts in Iowa, Massachusetts, Indianapolis, and northeast Ohio canceled classes 2 and 3 in January due to the fact that the temperature on these days was well below the norm for these states.

Cooling reached even Florida, where in Tallahassee 3 January snow fell for the first time in 28 years. Snow depth reached 0,25 cm.

Because of bad weather, officials had to close a section of the highway Interstate 10since the road was very slippery.

According to the National Meteorological Service forecast, January 3 snow in Florida is expected in areas from Tallahassee to Jacksonville.

The Tallahassee Police Department warned motorists of slippery roads and bridges due to snow. Schools in at least five districts of Tallahassee canceled classes on Wednesday. And students at the local university received an extra day of vacation, the start of classes after the Christmas holidays was transferred from 3 to 4 in January.

Weather forced the administration of several amusement parks in Florida to close them for several days.

January 4-5 in Florida is expected to be very cold due to the cold cyclone that covered most of the US territory.

In Broward County declared a state of emergency and opened homeless shelters where they can warm up or get warm clothes.

Shelters operate in such premises:

South Carolina is expected to freeze trees, which can lead to their fall and damage to electrical lines.

According to forecasts, from January 3 to the end of the week sub-zero temperatures and snow are expected. In Charleston, Wednesday evening should fall to 4 inches (10 cm) of snow, this will be a record from 1989 of the year.

Runways at Charleston International Airport are closed due to the risk of maneuvers on slippery roads. According to police, a large number of accidents were recorded on the roads.

Video of snow falling near S'ville on I-26. Seeing less traffic now than I did an hour ago. We are working 72 incidents between Jasper / Charleston now. pic.twitter.com/yXJWucb4i7

State of emergency in georgia

In the 28 coastal districts of Georgia, 2 January was a state of emergency. 3 Savannah International Airport in January was closed due to severe weather conditions.

During Wednesday, there is heavy snowfall in the state.

In Buffalo, New York, due to bad weather conditions and snow on the I-90 highway, a massive accident involving 75 vehicles occurred.

22 vehicles (cars and trucks) collided directly, a few dozen other vehicles got stuck on the road due to an accident and were covered with snow.

As a result of the accident, one person died, another 11 was injured, one of the victims was in critical condition.

Severe frosts led to the partial freezing of Niagara Falls. Users of social networks have published fabulous photos and videos of this phenomenon.

Cooling in some parts of the United States began on December 27. In Erie, Pa., Around 160, see snow, and the snowfall continues after the arrival of the new year.

The weather will deteriorate

According to forecasts, in the coming days in the United States will continue cooling. Already from 5 or 6 hours of the morning on Thursday, January 4, in Manhattan will begin snowfall. It is expected that there will fall to 8 cm of snow. In Queens, Brooklyn and Long Island can fall to 15 cm of snow, experts warn. On the roads and sidewalks will be slippery.

Although, as expected, on Thursday the city “warms up” to -2 degrees Celsius, the flow of arctic air already on Friday will reduce the temperature to -8 degrees Celsius. And on Saturday, the thermometer will drop to the mark in -15 degrees Celsius.

In parts of New York, New Jersey and Connecticut storm warning announced in connection with the cooling and snowfall, impending on these states. Storm warning in New York extends to New York City, Long Island, Westchester County, Fairfield and Nassau and operates from 1: 00 4 January to 1: 00 5 January.

How to avoid hypothermia in the winter: useful tips

Forecasters explained to parents how to dress children in the winter

Seven winter car tricks to save time and effort