Home Our people 'I saw a tornado with my own eyes': how a Russian-speaking immigrant survived a hurricane in Florida

'I saw a tornado with my own eyes': how a Russian-speaking immigrant survived a hurricane in Florida

A Russian-speaking resident of Florida in her blog “All About USA”Talked about how she survived the hurricane and saw a tornado with my own eyes, as well as about the rain in the kitchen and the mattress in the corner of the living room. 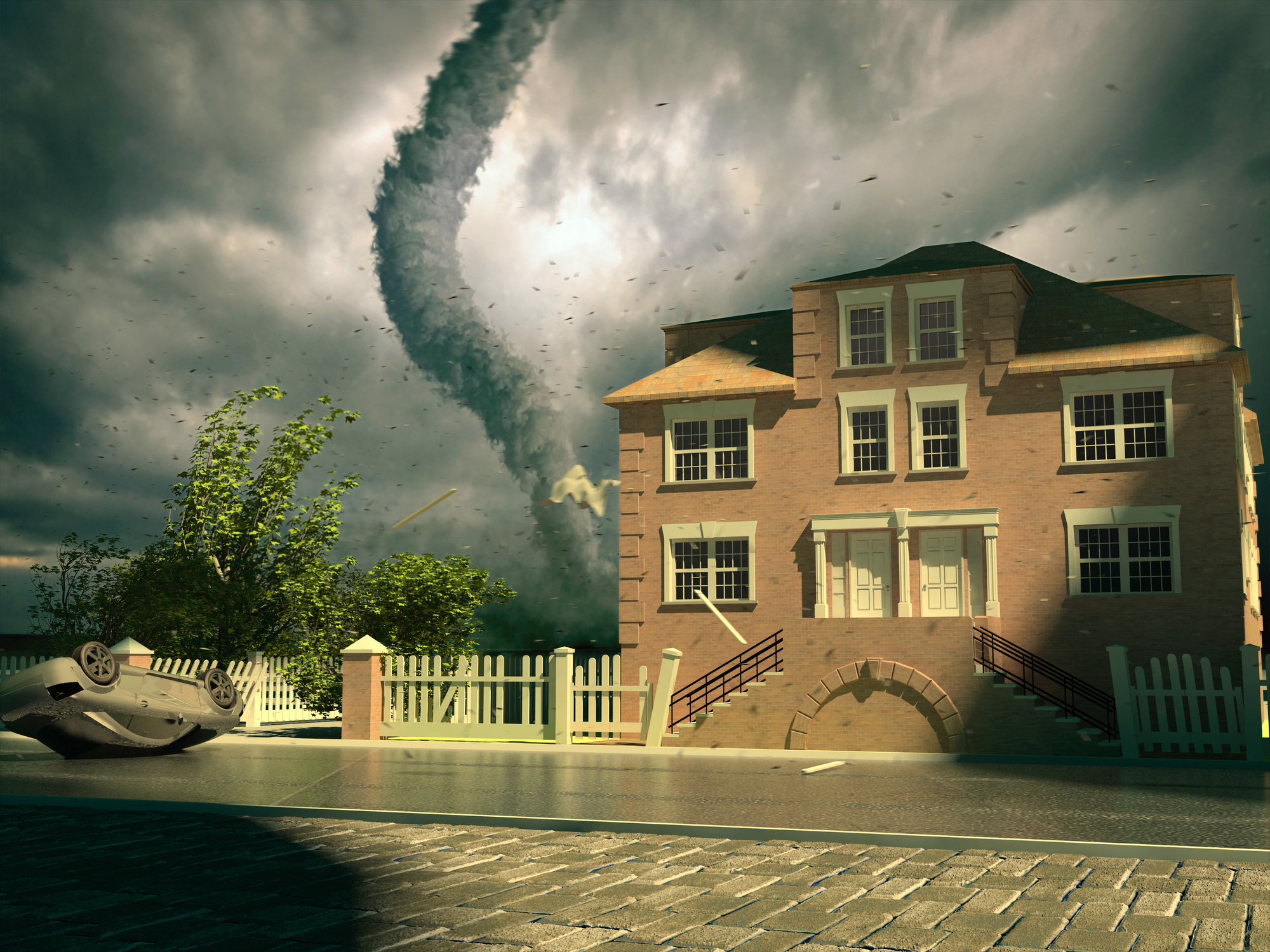 This hurricane was given the name Irma and assigned the 5th, highest category. So, there was one day left before the hurricane. The news said that off the coast of South Florida it will be the next morning. We all went to work and wanted to somehow distract ourselves, but it didn’t work out very well. According to all the news, they just talked about the hurricane.

At lunch, the chief assembled us, and said that in no case did you need to go anywhere, since all exits from cities in traffic jams. Then he explained that you need to go and wait out the hurricane to any of the nearest schools, they organize shelters there. Many did this from work, but they told me that there were many homeless people gathering and everyone was sleeping on the floor, and in case of floods, they would have to sit there for a couple of days.

I somehow wanted to wait out the hurricane at home, especially since I rented an apartment on the 4th floor. I came home. All my relatives and friends called me, because even in Moldova they told me about this hurricane by the news. I tried to calm everyone down and went to bed.

The next day I woke up from heavy rain, but there was still light. I looked at the application, it remained a couple of hours before the hurricane collapsed. The state governor said it was too late to evacuate. With each passing hour, the wind became stronger and stronger. Everywhere they wrote that people would not come to the windows if they did not clog them with boards.

The wind started so that I decided to drag the mattress from the bed from the bedroom to the corner of the living room, away from the windows. I didn't even think that it was so important, but when the hurricane was almost approaching, I received 2 messages from friends. A friend was blown out by the wind two windows on the 15th floor, and a friend on the second - a tree fell through the window. Then I felt completely uncomfortable.

On the subject: Hurricanes, tornadoes and earthquakes in the USA: how to stay alive

I sat on a mattress in the corner and was afraid to even walk past the windows. It's good that my living room was combined with the kitchen, and the kitchen was without windows. Until the internet disappeared, it was still normal. Then a nasty siren screamed on the phone - a warning that in an hour a tornado would pass through my area. It became completely uncomfortable. And this siren screamed every 10 minutes, counting down the time.

When it was written that there were 5 minutes left, I crawled to the corner of the window and decided: this must be seen. And I didn’t regret it, because to see how the trees twist and break is an exciting sight.

The light went out immediately, because all the wires were cut off, as a result of which the connection and the Internet were lost. I knew that now there will be no light for a week. This happens after every hurricane. A tornado passed in a couple of minutes. But the hurricane was only gaining power.

I lit candles and just sat. Sometimes she looked out the window and it was very sad to see that only the trunks remained from the palm trees, and the huge tree and several small ones were uprooted. On the street, especially, except for the trees, nothing flew, since the Americans are very seriously preparing for hurricanes and take away everything that can fly from the streets and from their yards.

The idea came that it was necessary to pump at least some toys on a mobile, but it was too late. I just sat like this until the evening, chewing cookies. It was very scary, and I tried to just fall asleep. At about five in the morning, the sound of water woke me. She looked out the window and was glad that the hurricane was over. But for me, all the torment was just beginning.

The sound of water was from the kitchen, I shone a flashlight and saw that it was just raining in the kitchen. Later I found out that the roof of our house was badly damaged, and the apartment on the top floor was very flooded with rain.

I lived on the 4th floor, and from the fifth, sixth and last - people were evacuated, and there is no connection with them.

So I survived the hurricane.

Dangerous winter in the United States: the deadliest snowstorms in the history of the country

Housing prices are plummeting: 40 US cities that will soon be under water

12 incredible places to visit in Florida in 2020