Irma inspired: how I survived two hurricanes in New York 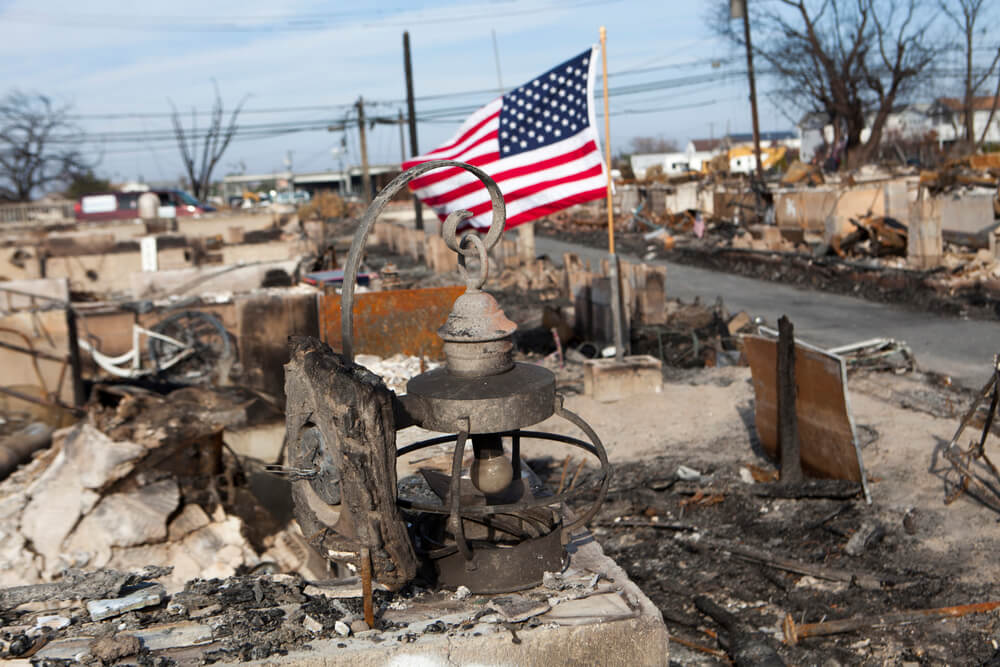 On the news only and talk that about hurricanese. I remembered going through two in New York. One was not scary at all - his name was Irene, so rain, wind, torn branches. And then Sandy came ... It happened in November 2012.

We were not just warned on the radio and TV, the police went around the apartments and houses in the coastal zone, and persuaded people to leave.
And then the storm struck.

Me, my mother and my three children then rented a condo in a remote part of Brooklyn. We did not get water into the bathroom, we did not buy bottled water, we did not stock up on flashlights, batteries and candles ... We were morons. Apparently therefore, the Almighty regretted us.

I remember I stood near the window and watched as in the courtyard the wind tore a thin tree until it tore it up by the roots. Disappointed by the lack of flying roofs and cows, I went to bed.

In the morning, with an unpleasant surprise, I discovered that the Internet was not working. Everything else was as before - the lights were on, hot and cold water poured from the tap. I called the provider, they say, how is it - there is no Internet! He clarified in a somewhat surprised voice, they say, do I know that a hurricane has hit the city? Ty, I said, you have not seen the winds on the Kola Peninsula! We hung up, dissatisfied with each other.

We sat at home for another day - I had no work on schedule, and schools were closed. The weather was disgusting, we did not go outside. And then I remembered that the kids at school were supposed to have a Halloween parade. On Wednesday. Or tomorrow. And I have a job.

In the morning I cheerfully woke the children up to school, they say, that's enough, let's go! The children resisted violently. Seven-year-old son Gurik shouted the loudest about the storm and its consequences. I insisted. Made them wear suits - the parade! That year he was Batman, and Masha and Nick were princesses from Disney cartoons.

And so the incredibly beautiful children and their naive mother left the house. And they froze in some bewilderment: sirens of fire engines were blaring around - the neighbors' house was on fire. Fallen pillars were scattered about, wires dangling from the trees like ridiculous noodles. 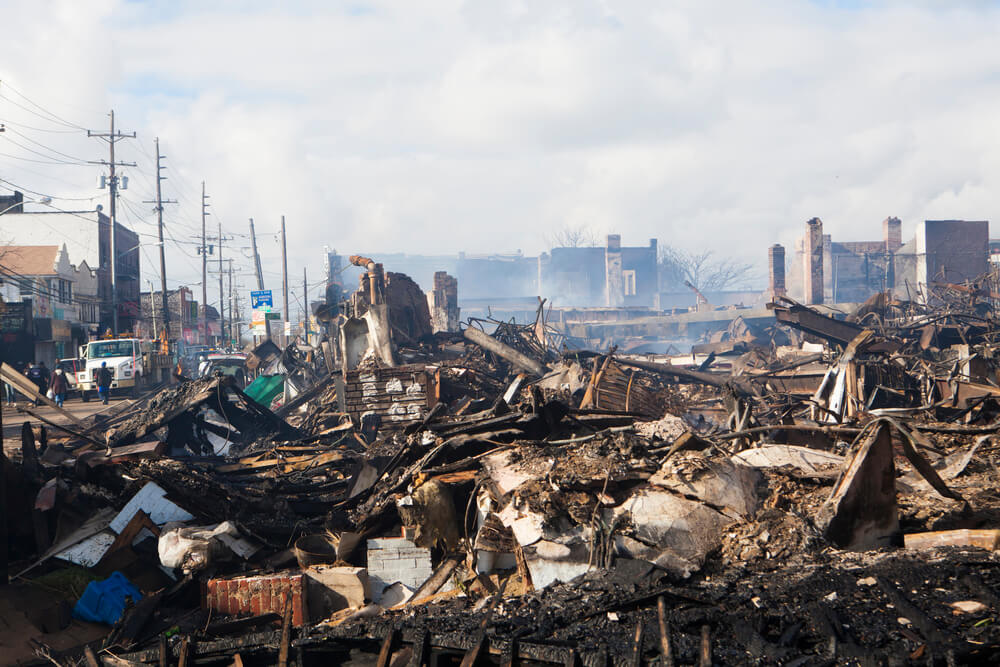 “If you don’t have electricity, you can recharge your phone here” - there were signs on fences near the adapters, someone was pumping water from the basements. Some, on the contrary, carried full buckets of water from their neighbors to themselves.

I walked in front, begging the children not to step on the wires, and I try not to look them in the face. "I told you there was a hurricane, I told you!" My son hissed in my back. But I continued to cheerfully lead the group in striped swimsuits forward, they say, let's get to school once we’re out.

- Lord, how long have we been waiting for you! - suddenly threw up her hands, looking behind my back some American! - At last! Finally you have come and will save us! - she even threw the empty buckets with which she went to fetch water on the ground.

- Boy, where have you been? We can't cope without you! Boomed the American who followed her. He had a log on his shoulder. - The city is waiting!

I turned around - in the midst of destruction, smoke and dangling wires stood an embarrassed seven-year-old Batman.

Americans, how I adore you for your sense of humor - then I wanted to tell them this, but I was also ashamed. But in vain. That is why you and a great nation - no matter what happens, you will always find the strength to joke.

We reached the school, there was a boat near it. No, the school is not on the water, it was just that the wind was so strong that a huge boat tore off the anchor, carried out of the bay and carried away across the road ...

Children began to study only next week. That year they never had a Halloween. And our four houses, forming a rectangle, were among the few in the city that did not suffer at all.

How to prepare for a hurricane: step by step instructions