Home Educational program How our Universe was born: working and not so theories of scientists

The Big Bang Theory (BBT) states that the universe emerged from an extremely hot and dense point 13,8 billion years ago. But this theory has both fans and opponents. Edition "Focus" spoke about five alternative theories of the origin of the universe. 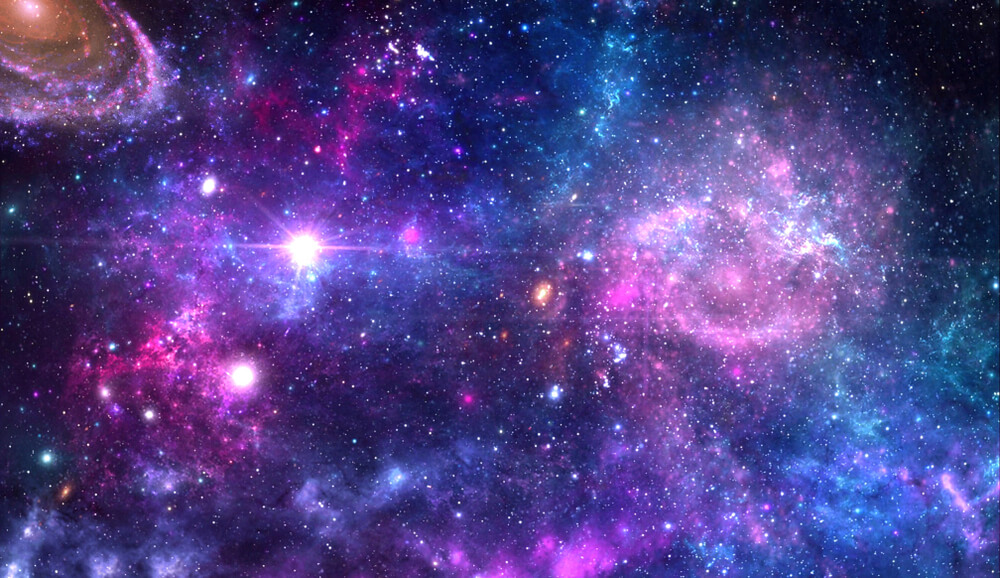 These theories were shared by astrophysicist Paul Sutter of the State University of New York. They contradict and question the Big Bang theory. In addition, the scientist explained why these theories eventually “did not work” and did not replace TBP.

To date, the Big Bang theory is the only generally accepted model for the emergence of our Universe 13,8 billion years ago and its development over all this time. It matches all existing evidence: the expansion of the universe, the formation of light elements, the existence of the cosmic microwave background, and much more. But in the long time since the emergence of the Big Bang theory in the early 20th century, it has had many opponents.

Before and after the Big Bang theory, scientists believed that the universe has always been and always will be the way it is. Of course, at some point in the distant past, the creation of the Universe could have occurred, but it immediately looked the same as it does now and the same processes took place in it. That is, it simply existed and remained unchanged for eternity.

But everything changed when the American astronomer Edwin Hubble discovered the expansion of the universe. Therefore, the theory of the eternal universe ceased to exist. Because in expanding space the Universe is different from what it was in the past, and even more so will be different from its future version. This discovery showed that humanity lives in a dynamically developing universe.

After we learned that the universe is expanding, many scientists continued to search for an alternative to the Big Bang theory. For example, the British astronomer Fred Hoyle proposed his model of the development of the Universe, which was called the theory of the stationary Universe.

According to this theory, during the expansion of the Universe, new matter always appears in the resulting void. That is, the space becomes larger, but its density remains at the same level. In the theory of a stationary Universe, dynamic development remains unchanged for a long time and this supports the idea of ​​an eternal Universe.

This theory has also been blown to smithereens after the discovery of quasars and the cosmic microwave background or CMB. Quasars are very bright sources of radio emission that are very far from us and appeared in the early Universe. Relic radiation is radiation that surrounds us from all sides and also appeared in the early period of the development of the cosmos. The Big Bang Theory can easily explain this. The light comes from an earlier era in the history of the cosmos, when things were different. But in a stationary model, the early universe should look the same as it does now.

Another theory of the origin of the universe was presented by Nobel Prize winner in physics Hannes Alven, who received an award for the development of a whole field of physics - magnetohydrodynamics.

He believed that since electromagnetic forces are much stronger than gravitational forces, then what we observe in space should be better understood as the consequences of electromagnetism, and not gravity. This included the evolution of the solar system, the birth of stars, and the expansion of the universe.

Alfven believed that the universe consists of large patches of matter and antimatter, which are constantly competing with each other. These patches expand, resulting in what we perceive as the expansion of the universe, and where they meet, CMB light is created, Sutter says.

But the electric universe did not fit the already known observations, and especially Hubble's law. For nearby galaxies, their receding rate is proportional to their distance, which is clearly explained by general relativity and the expansion of space. In Alfven's theory, all galaxies receded at the same rate.

The Big Bang Theory is not perfect. There is one puzzling feature of the universe, which is how uniform it is on large scales. Even regions of space that are very distant from each other have approximately the same temperature. In the early universe, there simply would not have been enough time for everything to become homogeneous.

“It's called the horizon problem. That is, it is difficult to explain the mechanism that set at the very beginning the same conditions for the development of the Universe, ”says Sutter.

But physicist Charles Mizner created a solution to this problem, which he called the Universe Mixmaster (named after a popular brand of kitchen blenders). According to this theory, in the early universe everything was very chaotic, and space was dangling back and forth. These chaotic actions led to the fact that matter mixed up on a small scale and galaxies appeared, and this also caused the homogeneity of matter on a large scale.

“Despite the name, the math never worked for this theory, and another description of the early space of the universe, called the inflationary model of the universe, was able to explain the horizon problem much more simply,” says Sutter.

One of the biggest problems with the Big Bang theory is that the universe has a beginning. That is, before the moment of appearance there was a time without the Universe.

Since the Big Bang theory does not attempt to explain the true beginning of the universe, many scientists have come up with different versions of the fact that the "big bang" appeared as a result of a different physical process.

According to the scientist, there are many cyclic models, and all of them are based on theoretical physics and are not confirmed by modern observations. Also, all these models struggle to explain dark energy and the fact that the expansion of our Universe is accelerating, not slowing down.

Avoid places that everyone is already tired of: 13 unique parks for families with children

The brightest astronomical phenomena that await us in 2022