Home Page loudspeakers How to enter a US university with full funding: personal experience

How to enter a US university with full funding: personal experience

I was born and raised in a very small town in Russia. After leaving school, I entered the Ural Economic University (USUE) with a degree in world economics, which I graduated with honors. During my studies, I managed to visit the United States 2 times as a J1 student under the Work and Travel program. It was an invaluable experience living in a completely different country. I even got a chance to work at New York Fashion Week (it happened quite by accident). Although now I understand that accidents are not accidental. 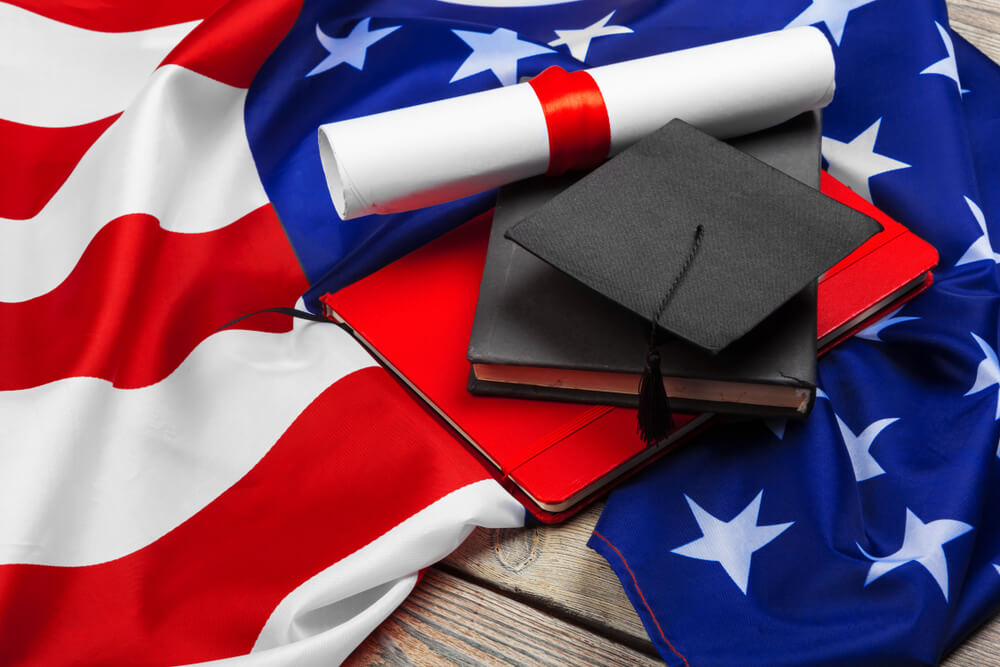 At the time of making the decision on admission and choosing a university, I had already lived and worked for 3 years in Shanghai, China. In April 2020, the coronavirus covered the whole world, and it became clear that the pandemic would not end any time soon. Earlier I was interested in the topic of further education in the USA, but this idea was constantly postponed "for later". During the lockdown in Shanghai, I had enough time to think about this question again.

I have always been interested in working with clothes. As a child, I was constantly sewing something, making crafts. In China, I began to help the owners of wedding salons buy wedding dresses directly from factories, place orders, but it was just a hobby. I didn't know how to organize everything more professionally.

In April, I began to compile a list of universities that offer master's programs in this area. I was only interested in those universities that can provide full funding. Typically, in exchange for free tuition, students get jobs on campus. This could be helping a professor do research, organizing lectures and seminars, working on a specific project, or teaching.

Of course, it was difficult to prepare for two exams at the same time and work. Sometimes I wanted to close my textbooks and forget about the idea of ​​entering the USA.

US universities generally require TOEFL / IELTS and GRE / GMAT scores when applying for graduate programs. I had to pass TOEFL and GRE for my program. I had only 6 months to prepare. In China, places for tests are booked very early and, when booking places in May, the next available dates for TOEFL in Shanghai remained only for December. On GRE, the next available date and location were in Suzhou.

On the subject: Work is guaranteed: an immigrant from Uzbekistan shared his experience on how to choose a profession in the USA

Not without stressful situations. Before starting the TOEFL exam, you must test the operation of your headphones and microphone. For some reason, my microphone did not recognize my voice, and I turned to an assistant for help. Instead of changing the microphone, the assistant simply turned off the computer. Of course, the test has already begun and all my collected thoughts have dissipated. I was assigned a different computer, and I started the exam much later than the others. After the first 2 parts, there was a break and the audience became very noisy that it was impossible to focus and recognize the audio. As expected, I lost the most points in listening, and after finishing the exam I was already thinking of giving up the idea of ​​admission to the United States. But in the end, I still decided to send the documents with the result that was, and as it turned out, not in vain.

A complete package of documents for the US Master's degree application includes:

In order to qualify for funding, I had to send all documents before February 1. Also, when submitting an application, you must pay an application fee. As a rule, it is $ 50-80. Sometimes the university can meet halfway and provide an application fee waiver on an individual basis. This was the case in my case with the Univerity of Delaware. By the way, due to the pandemic, they made an exception for the GRE exam, but, in the end, my application was rejected.

The first successful selection response came from Colorado State University in mid-February. The next answer I received on March 8 (as a gift) from the University of Nebraska-Lincoln. The letters included congratulations, but no funding information. The final decisions came in April. Colorado State University offered teaching assistantship with a living scholarship + an additional motivating fellowship, which will be paid after the successful completion of the first and second semesters. After conducting an additional zoom interview, the University of Nebraska-Lincoln was offered to join a research assistantship in one of the social projects that received a grant from the US government.

I made my final choice in favor of Colorado State University. It was not an easy path, but the result of all the efforts was worth it! At the moment, I am collecting documents for opening a student visa in the United States in order to start training in the Design and Merchandising Master of Science program in the fall. I created a Telegram channel to help future applicants with admission to the United States - you can subscribe at this link... Dream, act and everything will work out!

Six countries where it is easy to get a work visa

Ten companies in the USA that pay college tuition for employees

A young man from Virginia enrolled in 40 colleges: he was offered a $ 1,6 million scholarship

Seizure of accounts and property: how debts are collected from borrowers in the USA

Top 15 cleanest lakes in the United States, after which you will not want to swim in the ocean