Home loudspeakers How to get a license to carry a weapon in the USA: the experience of a Russian-speaking immigrant

How to get a license to carry a weapon in the USA: the experience of a Russian-speaking immigrant 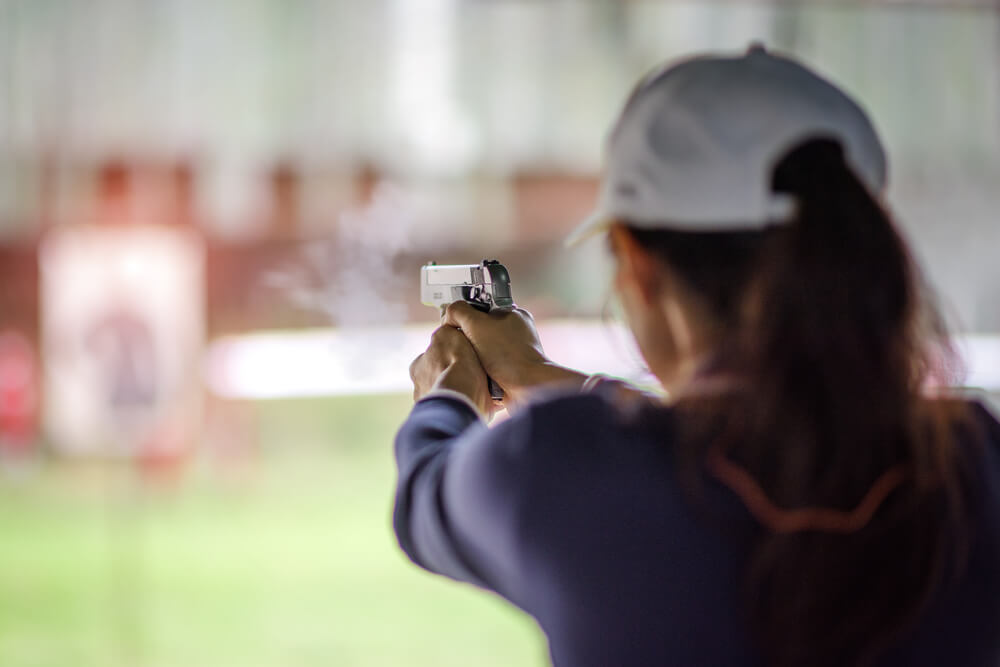 There were 8 girls in the class - from 20 to 60 years old. We studied how to properly handle weapons.

Attention! Each state has its own laws. We taught Florida laws.

For example, you can walk with a weapon, but only so that others cannot see it.

Our instructor showed where she carries her pistol - in a special purse on her stomach. Under the pants.

Looking at this woman, peacefully walking somewhere along the street, you will never guess in your life that with one movement of her hand she can grab her Glock and neutralize the criminal. And in general, she always has at least 3 pistols with her.

On the subject: Arms sales skyrocket in the US: people fear the police won't protect them

You can also attach a pistol to your bra. But this is not convenient, because if you need to use it, you have to pull up the T-shirt.

Our instructor does not carry a pistol in his bag either. In general, he doesn't like bags! He says a man attacks a woman for two reasons: either to take possession of her, or a bag. In both cases, if the gun is in the bag, it will not help the woman.

Therefore, the best place is on the stomach! You just need to be in trousers. He stuck his hand under the belt and pulled out the pestle.

Further. You are driving your car along the road marked “School Zone”. A police officer stops you for speeding and finds a weapon. All! You have problems. Because you can't enter the school grounds with a gun! And the road that passes by the school is like a school.

So, when choosing a path, go around the school areas.

I listened and thought: "Come on, I will only keep the gun at home."

And at home it's not that simple either!

If someone breaks in on you, you can shoot only if there is an imminent threat to your life.

There used to be this rule: shoot only on the top floor of your house.

For example, you have a three-story house. The robbers burst in, you run upstairs. They are behind you.

On the second floor, you are NOT shooting yet. Only if they follow you to the third floor - then shoot.

On the subject: 'Impossible to ignore': how in the USA my own phone scared me

Now this law has been canceled. You can shoot from anywhere in the house. But! No warning shots must be fired into the air!

If they fired into the air, then there was no imminent threat.

In Florida, three teenagers made their way to Trump's mansion with a loaded machine gun

In the United States, children are increasingly being killed in shootings: who were and what the victims dreamed about