A quality night sleep is what the doctor ordered. This is extremely important for physical recovery and productivity. And yet there are two periods of time in a year when you have to live in an unbalanced state for several days, and sometimes weeks. We are talking about the transition to summer and winter time. 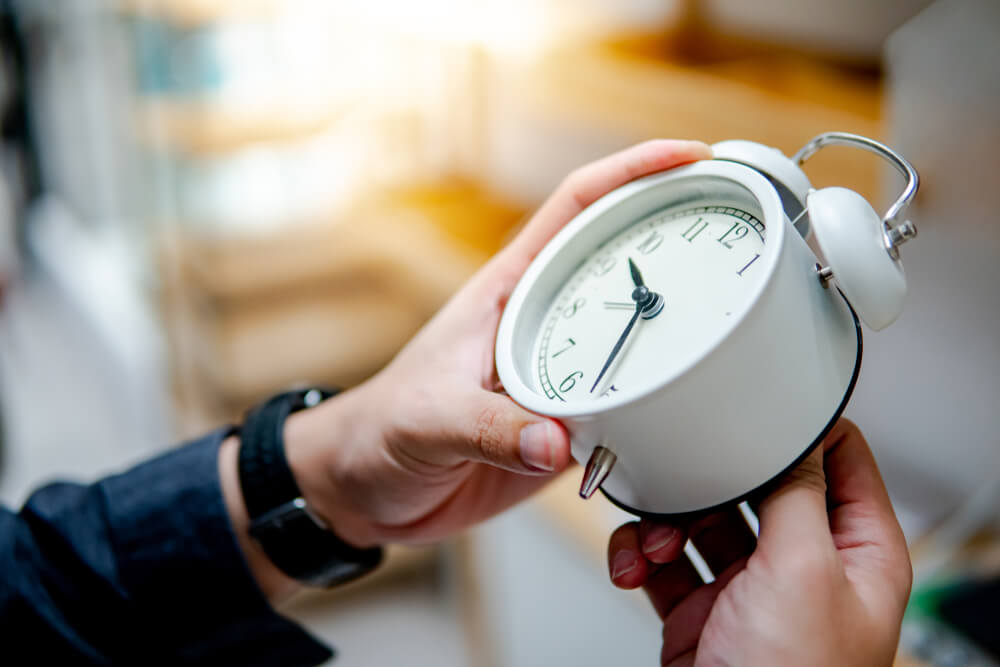 “Some post-Soviet and European countries turned their clock hands shortly after midnight on October 31st. The United States will switch to winter time on November 7. Be prepared for the fact that, as it happens every time, you will have to remember which way to move the arrows (in fact, an hour ago) ”, - writes Telegraph.

It would seem that from the very first days we will get up an hour later (when your alarm clock rings at 7:00, it will be 8:00 according to the "old" time), but everything is not so simple - many people really have sleep disturbances and the regime until the body gets used to the transition. And this is not nearly as harmless as it seems. How else does clock change affect your health?

Joseph Gannon, 29 years old, a sleep physiologist and a leading specialist in the clinic for treating his disorders, believes that sudden changes can be a cause for concern, although they mainly concern people with concomitant diseases.

“If you’re healthy, sleep well, and young, it doesn’t really matter much,” he says. "Setting the clock can affect people who already have insomnia or conditions such as sleep apnea."

“Your rhythm is how your body regulates itself over 24 hours, and this is determined by daylight hours. For example, when people lived in caves, light entered their eyes in the morning and this reduced the amount of the hormone melatonin (a natural hormone that induces sleep) produced. Then, when the sun goes down, the level of melatonin in the body rises and we start to feel more tired. "

With less light in the evenings, melatonin levels are likely to be higher, resulting in more fatigue than usual. Gannon says it may take a couple of weeks to get rid of this feeling of lethargy.

“There are lark people and owl people. The first will have worse during this period, ”says the specialist.

On the subject: Three dangers that lie in wait for you for a week

What else is going on

The number of fatal accidents is increasing

The University of Colorado conducted a study on the relationship between watch transfers and road traffic deaths, and found that on Monday after watch transfers there is an 17-percent increase in such cases.

In 1999, researchers at Johns Hopkins and Stanford University analyzed the 21-year-old fatal accident data from the US National Highway Traffic Safety Administration and found a slight increase in road deaths. The number of fatal accidents increased from an average of 78,2 on any given Monday to 83,5 on Monday after the clock was transferred.

“This is a dramatic change,” says Gannon. - Seasons change quite gradually throughout the year. You start with the longest day of the year, and then every day after that it is a little shorter and then a little longer. When the transition takes place in a day, everything is much more serious. ”

The specialist recommends that you be especially careful on the roads in the evening, when all people tend to reduce the reaction rate. After switching to winter time, this condition is exacerbated.

A study conducted in 2012 by the University of Alabama in Birmingham showed that heart attacks flare up after daylight saving due to changes in circadian rhythm, sleep deprivation, and even a slight shock to the immune system.

“It's a sudden change,” Gannon says, although he adds that there is probably no cause for concern if you do not have a medical condition. "It could potentially affect your immune system, but your body will adapt to this and the entire healthy population should be fine."

The likelihood of a stroke may increase.

Some people may also be at risk of having a stroke, a study in Finland shows, where the incidence of strokes is 8% higher within two days of changing the clock. This is especially true for people over 65 or with cancer.

If you are sad to wake up in the dark and leave work in the dark, you may feel some comfort knowing that you are not alone. A study by The Weather Channel and YouGov in 2014 showed that one in three people suffer from seasonal affective disorder (SAD), often known as "winter depression."

Symptoms may include anxiety, wet eyes, persistent low mood, loss of interest in normal activities, and low sex drive. According to the study, women are 40% more likely to experience symptoms than men.

The following study in Denmark revealed an increase in the diagnosis of depression by 8% within a month of the clock.

Gannon finds nothing surprising in this: “Most people lack sunshine. They usually work in an office rather than on the street. And if you live in a place where the weather is harsher, the days are gray, there is a decrease in temperatures and a lack of sunlight, this can affect the likelihood of seasonal depression. ”

Cluster headaches are regarded as the worst type of headache, and many describe them as excruciating and piercing pains. For those who suffer from this type of pain, this time of year can be especially difficult, because cluster pain can be caused by weather and seasonal changes.

On the subject: Interesting facts about the transfer of time in the US

How to adapt to the clock

Cut down on sugar, wine, gluten and dairy

“All of this causes an inflammatory process that can lead to poor sleep,” says Dr. Nigma Talib, who advises replacing wine with pure spirits like gin or vodka (in moderation) and making your diet more plant-based.

“This is a great way to maintain hormonal balance,” says Talib. "Poor gut health is linked to fatigue, so a good probiotic is a great place to start." Vitamin D, C, B complexes and magnesium supplements are also good for reducing daily fatigue.

“Low-fat diets are not good for quality sleep,” says Dr. Soher Roked. "Hormones are made from fat, and if we don't get enough quality fat in our diet, some hormones can become out of balance, which can contribute to fatigue." So include avocados, fatty fish, nuts, and seeds in your diet.

A study at the University of Georgia showed that sedentary but otherwise healthy adults who began to exercise moderately three times a week felt 65% less tired after six weeks.

Do not demand from yourself 8-hour sleep

“It's a myth,” says Dr. Stanley. “Our sleep needs, like fingerprints, are completely individual. Somewhere between 4 and 11 o'clock lies the norm. If you only need 5 hours, you will feel refreshed in 5 hours. ” But how do you know that sleep is enough?

“By 11 o'clock in the morning, you are in your circadian phase. If you get enough sleep, you will feel vigorous and energetic during this time, ”the expert notes.

Specialists of the publication gave some advice. gloucestershirelive.co.uk:

Three dangers that lie in wait for you for a week

Interesting facts about the transfer of time in the US