Travel is always fun and entertainment. But there is also a downside to the coin. Victoria M. told her story of a trip to her sister in Chicago, as well as what difficulties awaited her and her husband on the way, writes Adobe master. 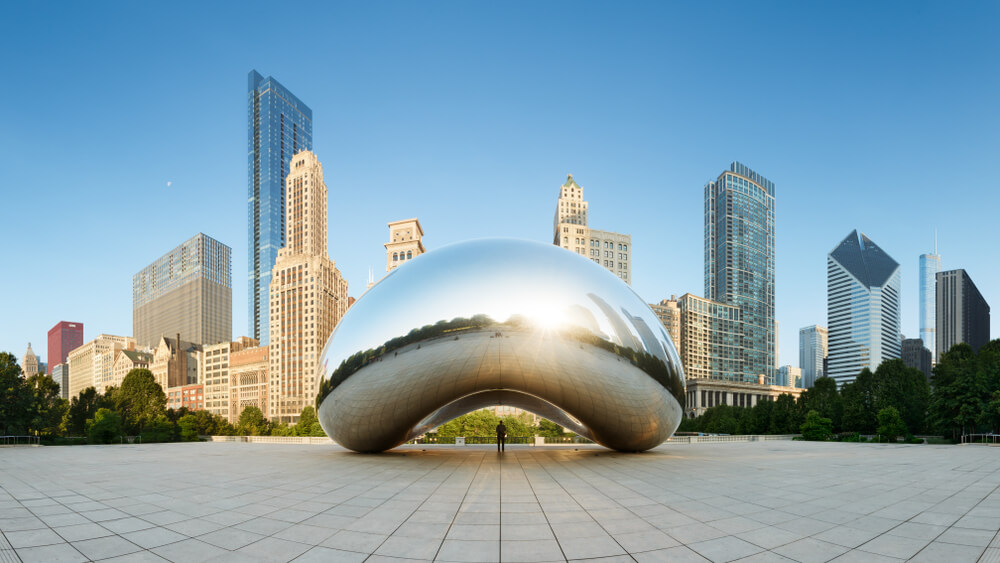 My sister called my husband and I to Chicago for a long time. When, finally, financially we were ready, we decided to act. One must try everything in life.

Oddly enough, the procedure for obtaining visas went smoothly. We live in Moscow, so we flew a direct flight from Moscow to Chicago. One ticket cost $ 320, $ 640 - for two.

Upon arrival, our sister met us and drove to her home. Otherwise, they would be confused from the very beginning.

For a person who first came to this city, it’s quite difficult to navigate: a lot of skyscrapers, a lot of people.

US Housing and Salaries

My sister has lived in the States for a long time, before Chicago, she lived in Washington, DC. She explained her move by saying that Chicago has more affordable housing and almost no problems with work. Even if you don’t have an education, you can still find a job.

We lived in her rented house, for which she paid $ 1 per month. It is very interesting that in the USA it is very difficult to find an apartment like hers with a balcony.

Of course, there is housing and cheaper, but she really liked this house. In principle, it’s not so expensive, if compared with Moscow, then such a house would cost us more.

On the subject: Cloud Gate and a hot dog: 12 things to do in Chicago

Her house is located on the outskirts, because closer to the center, housing is more expensive. My sister has been working at the factory for a long time and receives $ 3 dollars a month, about 800-260 thousand rubles. And the loaders get them around $ 270.

Our life in Chicago: American prices

For us, their prices seem high. And for them it is a common thing. We visited McDonald's and were in shock.

If you just went for a snack, then be prepared to give at least $ 15 for each, and I'm talking about a regular lunch, without alcohol. And this is more than a thousand rubles.

Taxis in Chicago are also not cheap fun: we drove just a couple of houses, but gave away about 400 rubles ($ 6). Public transportation costs from $ 2, also expensive.

We walked around the city, went to the local supermarket, and we were very surprised that the store did not have cheap water. An ordinary mineral water costs about $ 1,3 dollars, and it’s cheaper not to find it. To go shopping and not deny yourself anything, you need to make good money.

We, like any tourists, wanted to visit as many places as possible in this beautiful city. The first thing we went to was the Adler Planetarium, then the ticket there cost $ 11. If you go with a child, then a ticket for it is cheaper.

We also visited the Chicago Historical Museum. Then the tickets were at $ 13. Later we found out what could be saved if you purchased a ticket via the Internet.

There are also discounts for children and senior citizens. Grant Park is a place that everyone should visit. Admission is free, open until 23:00.

On the subject: A city of gangsters, dance and happy people: a great trip to Chicago

This park contains the Millennium Park, Buckingham Fountain, Shedd Aquarium, the Institute of Arts and other attractions.

There are many places in the city where you can spend your time free of charge.

Chicago is a very beautiful city, which at the same time attracts and repels with its high cost (compared to Russia, of course, because in the USA there are cities and more expensive - the same Washington).

At night, another life comes to life in the city - night bars and restaurants open, the whole metropolis begins to sparkle with red-green lights.

We were in Chicago for 2 weeks, during which time we spent about 350 thousand rubles ($ 5000), which is a lot for our family, but were satisfied. The money went for simple needs and entertainment, and this taking into account the fact that we did not pay for rental housing and still bought souvenirs for friends.

In general, the city is very interesting, and if you decide to visit the USA, then think about such an option as Chicago. Be sure to find what to see and what to do.

What salaries do cops get in different states of the USA

10 most devastating riots in US history

The accent is unbeatable: how Americans accurately define Russians during a conversation