Everyone knows that the main city of the United States is a unique skyline, its own special atmosphere, chic and brilliance. Millions of tourists every day stomp shoes on the pavements of Manhattan, this city never sleeps, and it has everything that can be found in the world. But there is a completely different New York. 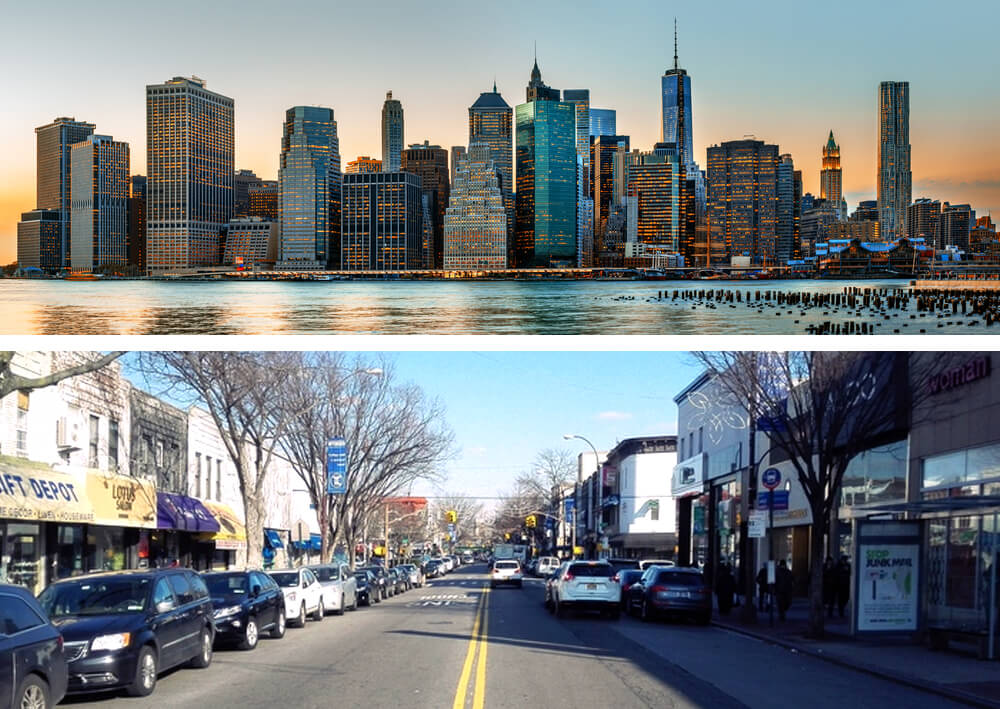 Another New York is the one that Danila Bagrov from the movie "Brother-2" felt on himself, when he went to watch "beautiful houses" (the official version), but in fact he saved a prostitute girlfriend in a dark part of Brooklyn. If you got on the subway and drove north, then at some point really beautiful houses give way to not beautiful ones at all, and here begins New York, which is much less talked about.

I visit New York for the fourth time, that is, more often than, for example, Warsaw. The city is still as lively and swift, here everyone still goes to the red light of the traffic light (otherwise you will go twice as long), Apple iPhone is sold at Central Station, white-collar workers run downtown and tourists are photographed with a bull in the downtown. A dank wind blows from the ocean, on Times Square up to one hundred thousand five hundred passers-by per second make selfies, in the menu of cafes and bars beer goes without a price - I hate this New York feature! In fact, beer is rarely cheaper than $ 7 per glass (by the way, often 0,4 liters and rarely a pint), but asking the bartender will not be superfluous.

Last time I visited, I visited Brighton Beach. Brighton is a very compact area, starting from the entrance sign on the wide Ocean-Parkway, piercing through Brooklyn, and ending near the Millennium Theater. There is only one subway between them, passing here on ramps, under which the central street of the district is located. Short passages to the oceanfront, in the blocks of which newer houses are built, depart from it. It is possible to bypass all this economy by a leisurely step in half an hour. 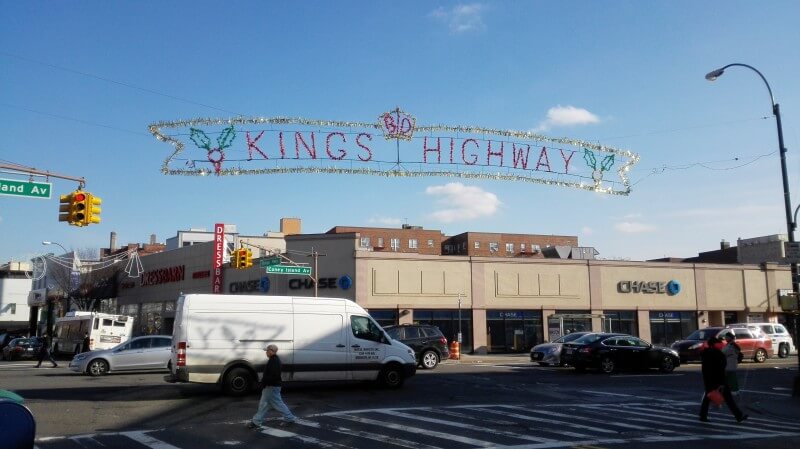 Brighton is located in the eastern part of Brooklyn's borough - and it has its own atmosphere, the simultaneous existence of a chic ocean side and a dull street under the subway, where you can still rent a movie on VHS cassette and read fortunes from a gypsy. In Brighton, they sell stuffed cabbage and buckwheat, you can draw up documents for legalization in the USA and rent a room from Sarochka exactly on the level with the metro.

New York is basically a two-, three-story building of varying degrees of depreciation and attractiveness. On my new trip I had the opportunity to walk around the Kings Highway area - we were going to visit the Belarusian restaurant Syabry, but it turned out to be completely closed and gave way to a Jewish restaurant. So the walk came out solely for the sake of fresh air, since the weather was sunny and comfortable. 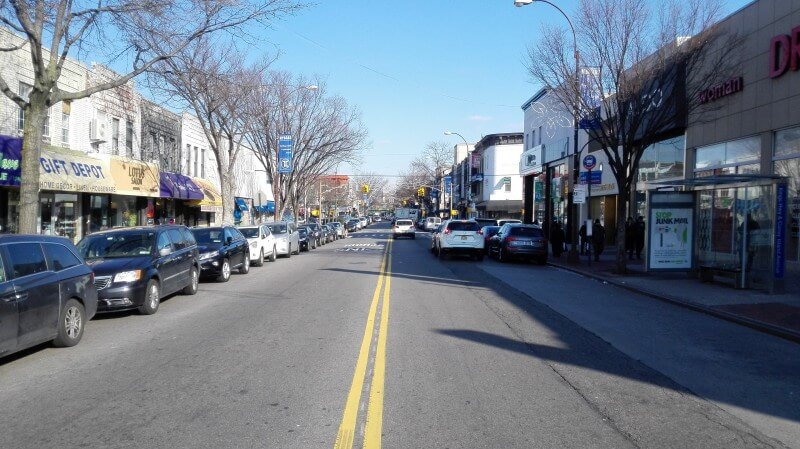 Living here is not very prestigious, but relatively comfortable. East Side is about 40 minutes on the subway line B, around a lot of shops within walking distance, various services and banks. A friend of mine who settled in the said microdistrict is paying $ 1010 for renting a two-room apartment. Ordinary apartments, not a grandmother. The average price in New York in areas of this level is $ 1400, really good housing starts at $ 2000, Manhattan is waiting for you with $ 5000 in your pocket every month. 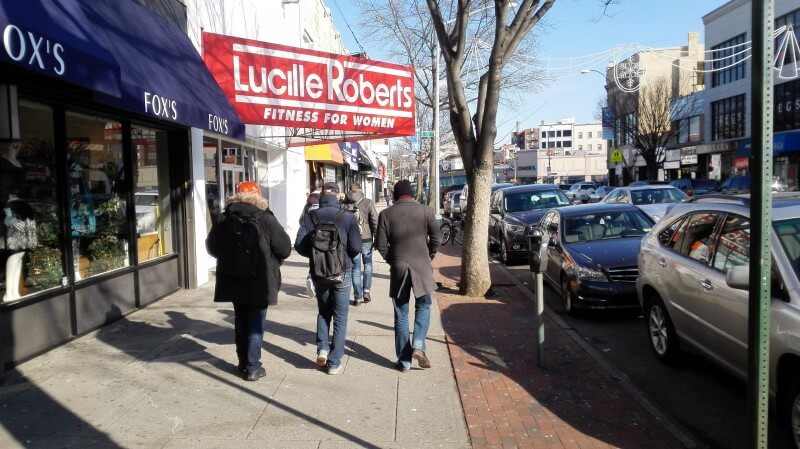 The high cost of a particular area in New York is less dependent on consumer qualities and more on the educational infrastructure. The better the school / kindergarten, the more expensive real estate around it. The scheme is incomprehensible to us, but it works perfectly here.

There are a lot of Russians, Belarusians and Ukrainians in the area, there are guys from Central Asia, Poland, the Czech Republic. Affects the proximity of Brighton, which gradually turns from the bottom into a decent place with expensive real estate. Developers are developing the prestige of a second apartment on the ocean, because from Brighton there is a migration into the depths of Brooklyn. 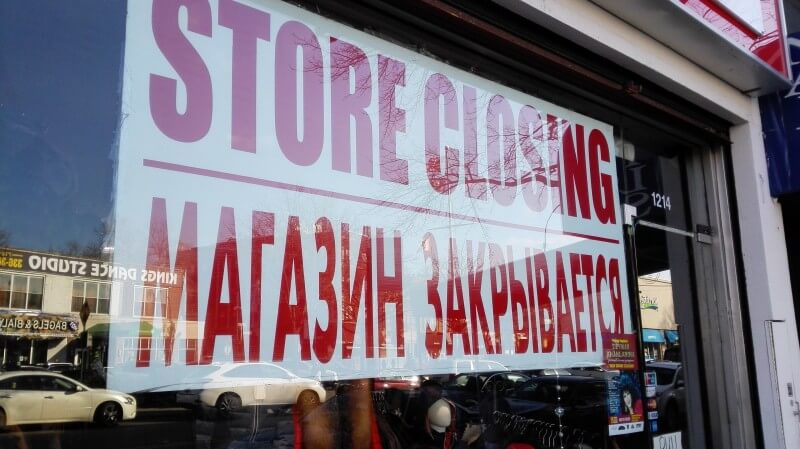 New York basically develops according to a similar pattern. Remember the dark glory of Harlem? Now Harlem is in many respects a decent area, where it’s unseemly for people to live with wealth. The authorities are settling bad areas and, thanks to the construction of prestigious real estate, attract new residents who are raising the culture in general. I think the same fate can wait for these places.

You ask, is it safe here? Yes, for some time now New York is a very safe city, there are days when not a single crime is registered in the whole huge megalopolis, including bytovuhi and drunken hooliganism. However, during the night the car can break up and pull out things that were unsuccessfully left. 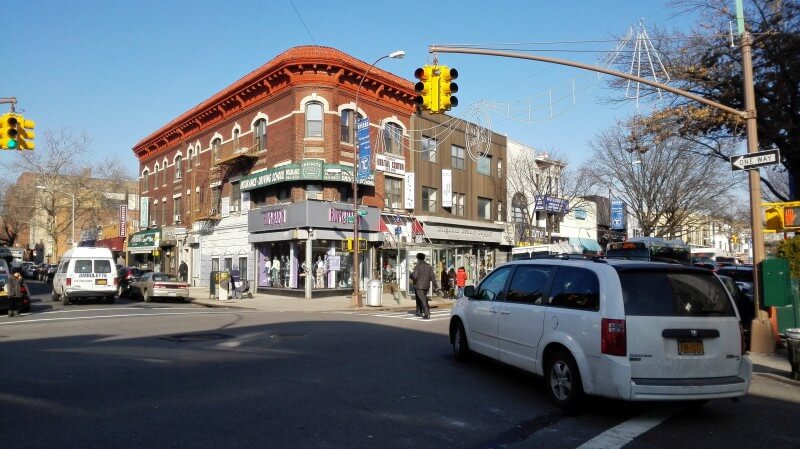 Kings Highway is a real sleeping New York, the way this city really is. Manhattan, its business, middle and upper part, is a business card. Life is on Kings Highway, but they don’t talk about it.

Personal experience: that never ceases to amaze our immigrants, even after years of life in the United States

Chance for immigrants: medical school in New York opens the autumn set on the popular specialty

Why San Francisco is just a sandbox compared to New York

Trump's neighbor in New York can become for $ 24,5 million: what the apartment looks like