There may be a link between coronavirus deaths and consumption of certain vegetables, according to preliminary research from Europe. Writes about it SCMP. 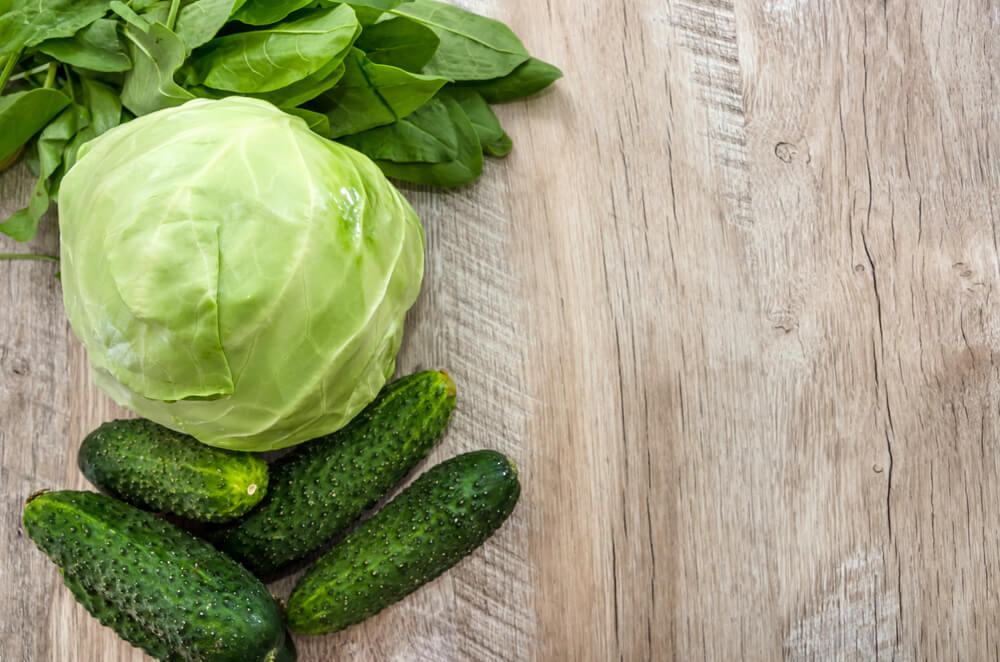 It has been suggested that increasing the average consumption of cabbage or cucumber by 1 gram per day could reduce the country's death rate from 13,6% to 15,7%.

But lettuce could potentially have the opposite effect, while other vegetables have not shown the expected disease-fighting benefits, according to researchers led by Jean Bousquet, professor of pulmonary medicine at the University of Montpellier in France.

The study, which was not peer-reviewed, was limited to Europe, and the researchers warned that uncertainties such as the different numbers of deaths in some countries could have influenced the results, but it was "the first attempt to link mortality rates to food intake."

“Diet should not be forgotten” as a factor that influences deaths from COVID-19, said Busquet, former chairman of the WHO Global Alliance Against Chronic Respiratory Diseases.

They noted that Belgium, the United Kingdom, Spain, Italy, Sweden and France have the highest death rates from COVID-19 in the world. For example, Belgium has more than 800 deaths per million people, double the number of deaths in the United States, the country hardest hit by the pandemic.

In these countries, factors that can affect mortality, such as adherence to containment measures and climate, were different, but they had one thing in common: cabbage and cucumber are not part of the diet of the inhabitants of the country.

On the subject: Scientists have developed a coating that destroys coronavirus on surfaces

In France, the average person was found to consume about 1 gram of cabbage per day, while the other five countries averaged about 5 grams per day.

In Latvia, an average of about 30 grams of cabbage is consumed per day, and the country's death rate from COVID-19 is one of the lowest in the world - 16 per million people.

The researchers found a similar pattern associated with the consumption of cucumbers. Cypriots did not eat much cabbage, but more than 30 grams of cucumber was consumed on average per day - and the mortality rate in Cyprus was at the level of Latvia.

This could be due to a protein in humans called Nrf2. Sars-Cov-2, the virus that causes COVID-19 disease, can cause severe inflammation in critically ill patients, including generating harmful oxygen particles. Nrf2 can bind to these particles to reduce their harm, and it is they that go into cabbage and cucumber.

According to European researchers, this could mean people with more cucumbers and cabbage in their diets may be better prepared to fight the virus.

But the theory does not apply to other vegetables that are known to increase Nrf2 production. For example, broccoli and cauliflower were not helpful.

The researchers said one possible explanation was the relatively low daily intake of these vegetables. According to them, the average consumption of both broccoli and cauliflower in Europe is less than 6 grams per day, which may be "too low to provide any protection."

On the subject: The faint-hearted not to watch: 10 films and series about viruses and epidemics

The salad was another mystery, and the researchers don't have an explanation yet. They found countries where a lot of lettuce is consumed, such as Spain and Italy, but death rates from COVID-19 were significantly higher than in those where it was consumed less, such as Germany. The difference was not statistically significant for some countries, but the pattern was clear even after adjusting for factors such as GDP, population density, prevalence of obesity, and age distribution.

Ren Guofeng, associate professor of medical nutrition at Central South University in Changsha, said there is strong evidence that vegetable consumption can affect the effects of many chronic diseases.

But he noted that much is still unknown about the new coronavirus, and there may be unexpected factors.

“It would help fight the pandemic if we could find the secret key in the diet, but so far there is not enough evidence to support this theory,” he said.

An epidemiologist at the Pasteur Institute in Shanghai, who requested anonymity, said the study had limitations and noted that it had not yet been peer-reviewed. He said the results should be treated with caution and people should "use scientific common sense to judge."

Scientists have developed a coating that destroys coronavirus on surfaces

The faint-hearted not to watch: 10 films and series about viruses and epidemics

Dangerous to health: 8 things not recommended to do in the heat

'Weakened version of the virus': scientists have found out how a person affects the SARS-CoV-2 mutation

Second round of coronavirus relief: who will be eligible for money