Home Our people As an immigrant 5 times passed the exam for a driver's license in the USA: personal experience

As an immigrant 5 times passed the exam for a driver's license in the USA: personal experience

Author of the channel "Queen in the USA" on Yandex.Zen talked about five attempts to pass a driving test and get a driver's license in the United States. Further - from the first person. 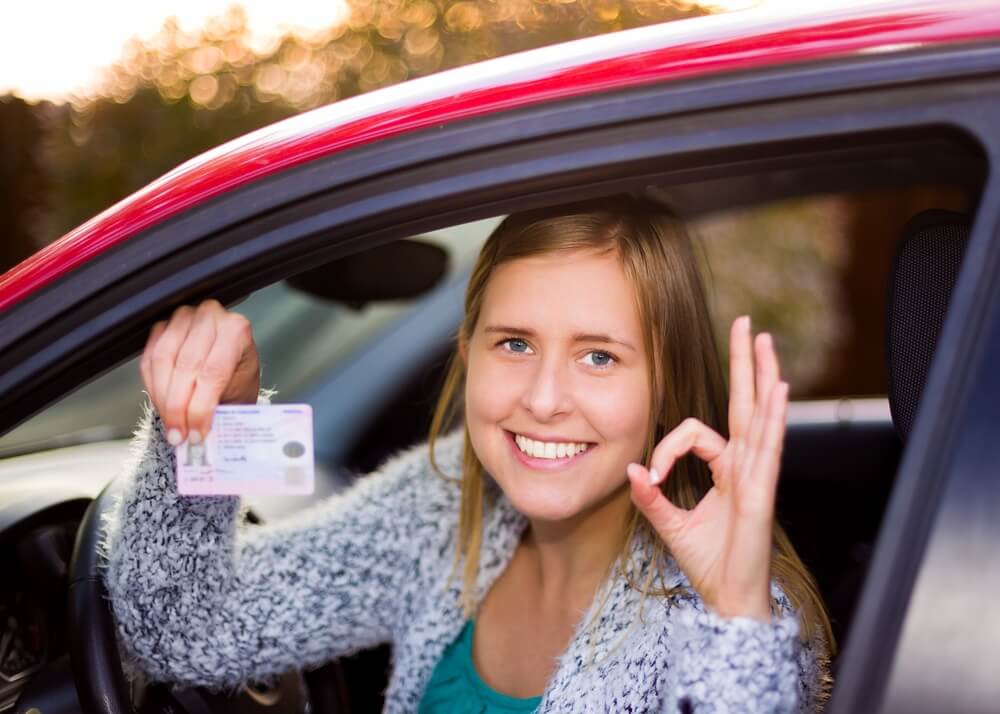 I'll start at the end. I still got the license, but I spent a whole year on it. I began my inglorious series of attempts and failures in September 2017. I knew how to drive like a very drunk Efremov. But I tried to squeeze the maximum out of myself and did not make a single critical mistake. True, there were so many uncritical that the examination form was lined up and down.

You can sign up for a driving test “on the spot,” that is, immediately after the written test. Or choose a convenient date, time and branch on the DMV website.

Next, you need to arrive at the selected department at the specified time, accompanied by a person with a California license. On the spot, I provided the documents for the car, underwent fingerprinting and stood in the queue for change.

Before getting into the car, the examiner checked the health of my car. Then he explained how the exam would be held. He had in his hands a “sheet” with various maneuvers that I had to perform during the exam. For example, turn left five times or change lanes. This is an examination form in which he noted the success of each action.

On the subject: Heat and long queues: an immigrant from Chicago shared her experience of visiting DMV

We return to our rams.

During this first attempt, I struggled to do what I could not yet do. The wagon and the small cart were faults. And the examiner is just darling. He explained to me every joint and gave me advice. I could only wave my head and suffer. Blockage.

The first two times I rented in Pasadena, where I live. A month has passed, and I have already become a little more skilled at driving. So it seemed to me in any case. We left. I successfully passed the familiar intersection where I trained in the evenings. And then, at the request of the examiner, she turned left.

I drive further inspired. And then this cruel man returned me from heaven to earth: "You cannot go along this lane, it is only for turns." Everything fell for me, this is a critical error. We turned around and drove back. Blockage.

Another month passed. Fuck Pasadena, I decided. I went to rent in West Hollywood in the crowd of immigrants. Everything went wrong since the morning. I was angry. I didn’t like the examiner at first sight. I drove in jerks and just wanted to end this torture as quickly as possible. The squirrel also ran out onto the road. I dug in, my aunt was scared. Blockage.

I'm over it. I was four months pregnant, and I decided to stop all these machine adventures. Until the birth of her son, she no longer returned to this issue.

Six months have passed. I gave birth, and the issue of having rights acquired new urgency. I had to re-apply and take a written test.

I don't remember my fourth attempt at all. Apparently, there was nothing remarkable about it, except that it was again a blockage.

On the subject: How I got my first driver’s license in America and why it’s not necessary to go to a driving school

This time, I took the path of least resistance. The husband found out in which area it is easiest to pass. I signed up there for the next date. The relaxed examiner, well-worn, played hide and seek throughout the exam. The car of a training person joined us and tried to repeat our route.

My aunt hid in the alleyways, pressed herself to the side of the road, letting it go ahead, and made other funny maneuvers with my hands. It seems she didn't care how I drive. We were having fun. In the end, she said that I was twisting the steering wheel, but you could let me out on the road. Has passed!

All. In July 2018, I received my first driver's license in my life.

Original column published on the blog. "Queen in the USA" on Yandex.Zen

In Arizona, a teenager took his parents' car without asking: as punishment, they distributed all his things