Home Educational program How the US dollar became the world's reserve currency: history and interesting facts

How the US dollar became the world's reserve currency: history and interesting facts

The US dollar is one of the most stable currencies in the world. The first dollar was issued in 1914, and 60 years later it became the world's main reserve currency. What does this mean and how the dollar came this way, says "24 channel". 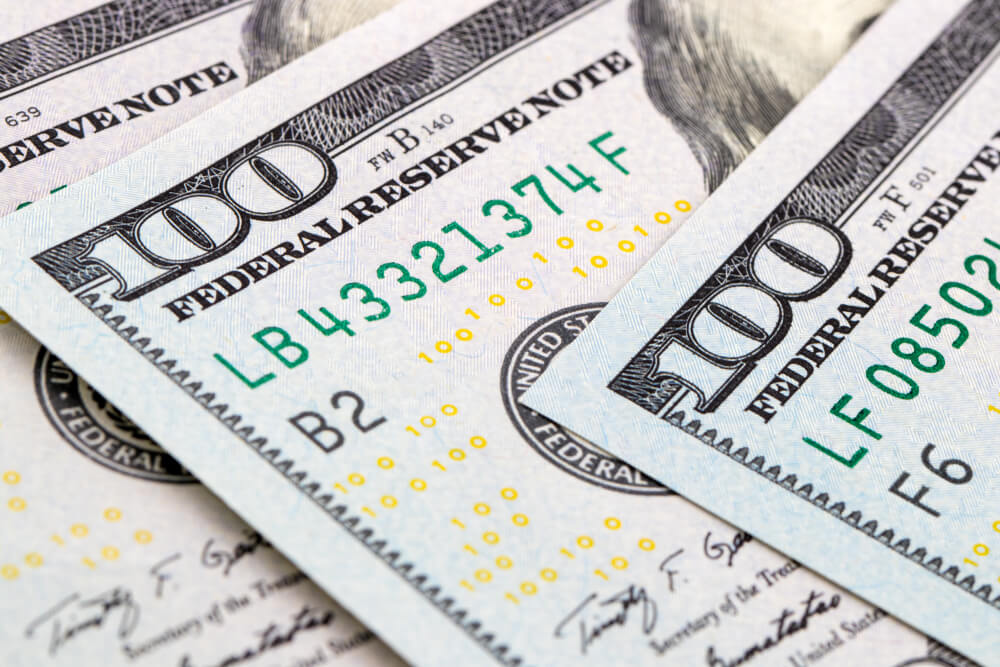 The birth and rise of the dollar

The Federal Reserve Bank was created in 1913 in response to the unreliability and instability of the currency system based on banknotes issued by individual banks. And already in 1914 the first American dollar was printed.

At that time, the American economy, becoming the largest in the world, overtook the British, but the UK was still the center of world trade, most of the transactions were carried out in British pounds. Back then, most developed countries pegged their currencies to gold in order to create stability on currency exchanges.

However, when World War I broke out in 1914, many countries abandoned the gold standard in order to be able to pay their military expenses in paper money, which depreciated their currencies. After three years of war, Britain, which tenaciously held on to the gold standard to maintain its position as the world's leading currency, first discovered the need to borrow money.

The United States became a lender to many countries that were willing to purchase US dollar-denominated bonds. In 1919, Britain was finally forced to abandon the gold standard, which destroyed the bank accounts of international traders who used the pounds. At that time, the dollar replaced the pound as the world's leading reserve.

On the subject: How the dollar has withstood the gigantic public debt and US budget deficit for decades

US benefits from war

As in World War I, the United States entered World War II after the outbreak of hostilities. Before that, the United States was the main supplier of weapons, supplies and other goods to the allies. They paid in gold, making the United States the largest holder of gold in the world. This prevented other countries from returning to the gold standard, as their coffers were devastated by the war.

In 1944 in Bretton Woods, New Hampshire, delegates from 44 Allied countries gathered to create a monetary system that would not disadvantage any country. Decided that currencies cannot be pegged to gold, but they can be pegged to the US dollar, which is pegged to gold.

Dollar as a world currency

As a result of the Bretton Woods Agreement, the US dollar officially became the world's reserve currency, backed by the world's largest reserves of gold. Instead of gold reserves, other countries have accumulated reserves in US dollars. Needing a place to store their dollars, countries began buying US Treasury securities that they considered safe.

Gold is back in fashion

The demand for Treasury securities, coupled with the scarce spending needed to fund the Vietnam War and the internal programs of the Great Society, forced the US to flood the market with paper money. With growing concerns about the stability of the dollar, countries began converting dollar reserves into gold.

The demand for gold was such that President Richard Nixon was forced to step in and decouple the dollar from gold, resulting in the floating exchange rates that still exist today. Although there were periods of stagflation (high inflation and high unemployment), the US dollar remained the world's reserve currency.

On the subject: 16 crazy ways to save money

Today, more than 61% of all reserves of foreign banks are denominated in US dollars, according to the International Monetary Fund (IMF). Many reserves are in cash or US bonds, such as the US Treasury. Also, about 40% of the world's debt is in dollars.

The reserve's status is largely based on the size and strength of the US economy and the dominance of the US financial markets. Despite large deficit spending, trillions of dollars in external debt, and the unstoppable printing of US dollars, US Treasuries remain the safest. Trust and confidence in the world that the United States can pay its debts, has retained the dollar as the most redeemable currency to facilitate world trade.

'Debt for life': US residents have not paid billions of dollars in rent