Home Page In the U.S. How homelessness in California went from a nuisance to a disaster

How homelessness in California went from a nuisance to a disaster

Residents of a wealthy city like San Francisco have long hated to see the extreme poverty of the homeless on its streets. Walking through the city center, you can see tents, homemade cardboard beds, and human excrement on the sidewalks. Impoverished people lie on the ground while high-paid professionals sweep by, writes NPR. 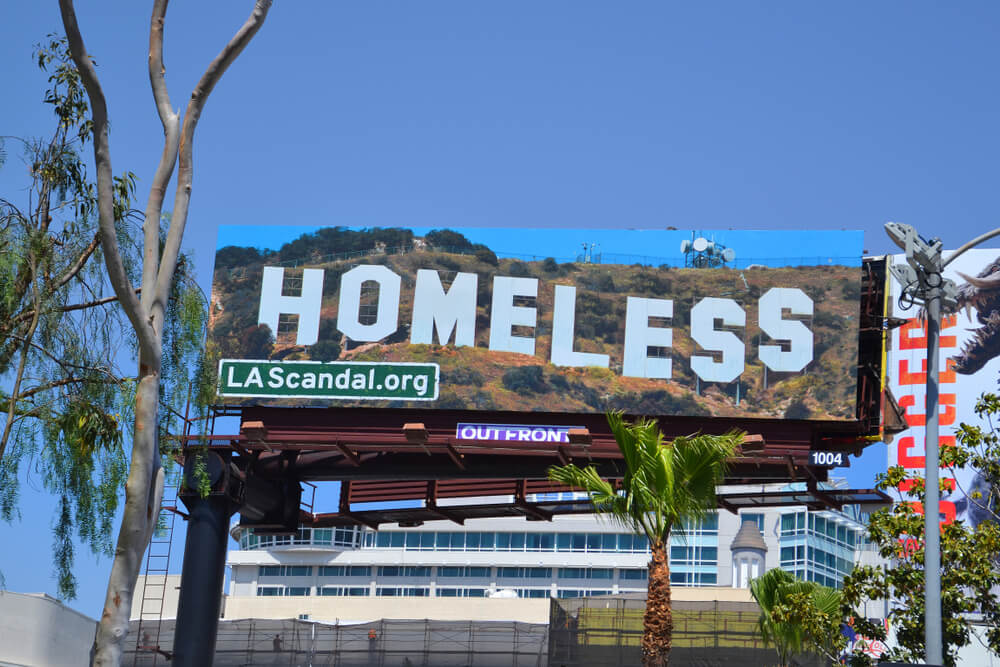 In 2018, a UN representative visited San Francisco as part of a round-the-world trip to study housing conditions. She was shocked by what she saw. Her report concluded that the city's treatment of homeless people is “cruel and inhuman treatment and violation of many human rights, including the rights to life, housing, health, water and sanitation”. San Francisco's homeless population has since grown to over 8000, most of whom sleep on the streets rather than in shelters.

San Francisco is pretty typical of major American cities these days, especially on the west coast. Beggar-filled tent cities have sprung up from San Diego to Seattle. As of January 2020, there were about 151 homeless people in California alone.

There are many problems. The horrors of childhood trauma and poverty, mental illness and chronic drug use undoubtedly increase the likelihood that someone will live on the street. But Nan Roman, president of the National Alliance to End Homelessness, says the root cause of the crisis is simple: housing has become too scarce and too expensive.

A few years ago, a group of economists at Zillow found that once cities cross the threshold that a typical resident must spend more than a third of their income on housing, homelessness begins to skyrocket. When incomes do not keep up with rental prices, a cascading effect occurs in the housing market: people with high incomes start renting houses that were previously rented by people with an average income, people with middle incomes start renting places that people with low incomes have rented, and the latter stay in predicament.

On the subject: Dump, violence and drugs: how a wealthy Los Angeles neighborhood became a homeless camp

Homelessness hasn't always been a disaster

“In the 1970s, there were enough affordable apartments for every low-income family that needed them - and we really didn't have homeless people,” says Roman.

By the 1980s, homelessness had become a chronic problem. There were many factors, including the federal government's decision to cut the budget for affordable housing. By that time, the California state government had significantly cut taxes and cut social programs, including for mental health facilities, as a result of which thousands of people with mental illness and other difficulties tried to survive on their own.

However, the main reason for the crisis comes down to supply and demand for housing. As regions like the San Francisco Bay Area became a magnet for high-paid professionals in the computer economy, they were unable to build enough new units to meet demand.

A 2016 study by the McKinsey Global Institute found California would need 3,5 million new housing units by 2025 to cope with its chronic housing shortage. But new housing construction has only slowed, despite a pledge from Governor Gavin Newsom to spearhead the effort.

Many advocates say California needs some kind of new rent control program, but the city of San Francisco passed such legislation back in 1994 that helped keep existing tenants from moving, but only exacerbated a deeper problem. The 1994 law convinced a large number of homeowners to withdraw their rent from the market, sell their apartments, or demolish them and build new ones because the law did not apply to new construction. Research shows that the law reduced the supply of rent in the city by 25% - at a time when demand was growing.

The result of all this is obscenely high rents and property prices. Combined with stagnating wages in a huge number of low-income jobs and a lack of political will to spend significantly more on subsidized housing, it is easy to see why large numbers of people live with their parents and move to urban areas, increasingly expensive suburbs, and are pushed onto the streets.

On the subject: Homeless tents in San Francisco are more expensive than renting an apartment in the city

How is this different from, say, New York?

As of January 2020, 72% of homeless Californians did not have a shelter. Compare this to New York State, where only 5% are unprotected - homelessness is there, but not so bad. Warmer West Coast weather, which could change perceptions of the brutality of outdoor living, may play a role in the difference, but New York City is "eligible for asylum" due to a 1979 court ruling interpreting the state constitution as granting such a right residents.

Rather than building a large shelter system, California cities have adopted a more apathetic approach - mostly chaining homeless people to certain neighborhoods like Tenderloin in San Francisco or Skid Row in Los Angeles, and then selectively targeting them for being they live on the street.

What the pandemic has changed

Tristia Bauman, senior attorney at the National Homelessness Law Center, says California cities have historically been as energetic as other cities in forcibly demolishing camps and punishing people for homelessness. However, in 2018, the 9th Circuit Court of Appeals ruled that the Eighth Amendment prohibits cities from punishing people for sleeping on the street when they don't have access to domestic shelter or long-term housing. Following this ruling, and in line with CDC recommendations during the pandemic, homeless camps are increasingly being allowed in West Coast cities.

Last year, Californians of all political views called homelessness the biggest problem they would like the state to solve. With political backing, legal intervention, and billions of federal dollars from the Biden administration for the cause, California politicians are finally trying to do something important to help the homeless and unsafe.

Governor Newsom recently announced a $ 12 billion plan, promising "to provide 65 people with housing, more than 000 people with stable housing and 300 new housing units." The initiative builds on programs implemented during the pandemic to convert hotels and other buildings into housing for the homeless. San Francisco Mayor London Breed wants the city to spend over a billion dollars on this problem over the next two years.

But until California can address the root cause - a chronic shortage of affordable housing and an ongoing failure to significantly increase new construction - the state appears to be doomed to grappling with obscene levels of homelessness.

A homeless man made his way to the airbase where Biden's plane is located: he was not noticed for five hours

A village with micro-houses for the homeless has appeared in Los Angeles: what is it like to live on 6 sq. meters

Due to the pandemic, thousands of students in the United States simply disappeared: schools cannot find them for months