This year, the whole country is celebrating the significant anniversary of Yellowstone National Park - 150 years. For such a long history, it has accumulated many interesting historical monuments and fascinating facts. Edition Fox News for the anniversary of the park made a selection of the most interesting facts about him. 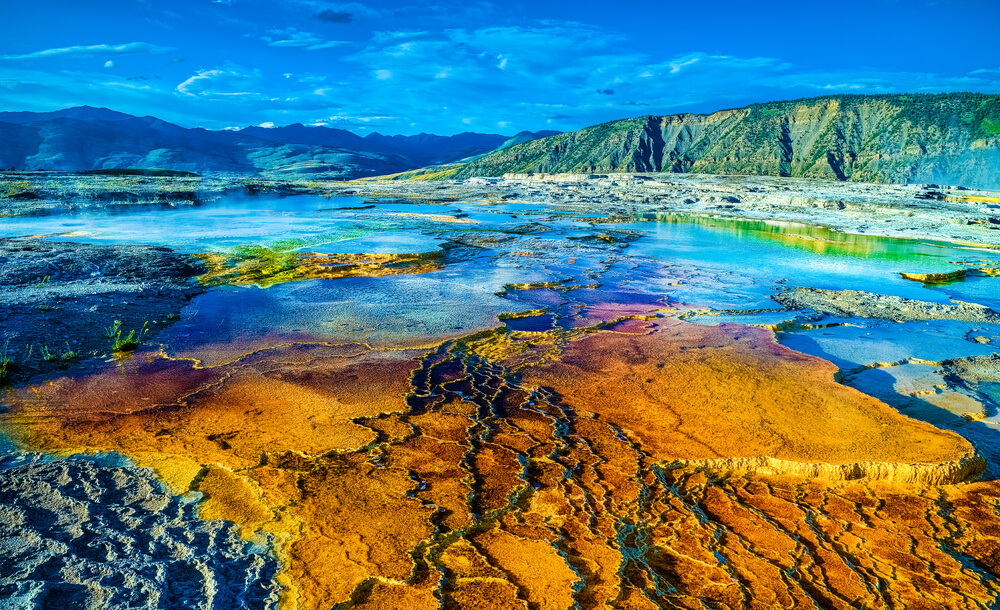 Archaeological sites, trails and oral stories prove that humans have inhabited Yellowstone for the past 11 years.

Yellowstone National Park was the residence 27 Indian tribes more than 10 years before the founding of the park.

In the early 1900s, the federal government launched a campaign to destruction of almost all predatory species and bison. According to National Geographic, the last known Yellowstone wolf pack was extirpated in 1926. Forty-one wolves were reintroduced to Yellowstone in the mid-1990s to rebalance the ecosystem. Grizzly and mountain lion populations have also grown due to increased protection in the 1990s.

Yellowstone is located in 3 states - mostly in Wyoming (96%), as well as in Montana (3%) and Idaho (1%). Yellowstone National Park is larger than 2 US states. It spans 3472 square miles (8 sq km) and covers over 992 million acres (2,2 ha), more than Rhode Island and Delaware combined, according to Yellowstone.org.

On the subject: Bears, bison and wolves: how to keep yourself safe when visiting Yellowstone National Park

Grows in Yellowstone over 1000 native flowering plant species and 225 invasive species. Over 80% of Yellowstone's forests are lodgepole pines.

In Yellowstone, you can find about 290 waterfalls. One of them - Lower Falls - throws out about 63 gallons (500 thousand liters) of water per second.

Yellowstone is located on top of an active volcano, however, an eruption in the next few hundred years is unlikely. The Yellowstone Volcanic Observatory (YVO) was established in 2001 to monitor volcanic activity.

Yellowstone supervolcano - one of the largest calderas in the world, measuring 45x30 miles (55x72 km). Yellowstone has over 10 hydrothermal features, including geysers, hot springs, mud pots, and fumaroles.

In Yellowstone over 500 active geysers - this is more than half of all geysers in the world. Minimum 20 people died from severe burns.

Lives in Yellowstone the largest herd of bison in North America. The park was repopulating between 3000 and 4000 bison per year after an estimated 60 million were decimated in the 1800s.

Dunraven Pass is a popular spot with visitors to see wild flower carpets.

About 3200 employees work in the park during the summer peak.

In the park 9 hotels and lodges for more than 2000 numbers.

In Yellowstone 52 picnic spots and one marina.

2021 is the busiest year in Yellowstone for the entire history of observations: it was visited by 4 people, which is 860% more than in 537.

April to October Milky Way visible over Yellowstone. The northern lights (aurora borealis) appear once or twice a year.

It is known that in the park there are more than 1800 archaeological sites, over 20 museum exhibits, 000 historical vehicles, 30 rare books, manuscripts and periodicals. In addition, millions of archival documents are stored in the Yellowstone research centers.

yellowstone research the library collects published and unpublished materialsassociated with the national park for public reference.

In Yellowstone 25 Places, Landmarks, and Districts Listed on the National Register of Historic Landmarks.

In the summer of 1936, President Gerald R. Ford worked as a park ranger in his youth. Ford returned to Yellowstone as president on August 29, 1976, to renew national interest in America's parks.

yellowstone club - the world's only private community lovers of skiing, golf and adventure. Elite properties of the Yellowstone Club and individual residences are available for purchase.